“No provision in our constitution ought to be dearer to man than that which protects the rights of conscience against the enterprises of the civil authority.”
Thomas Jefferson, speech to the New London Methodists, 1809 [1]

Health care professionals have a fiduciary relationship with their patients; i.e., because they have greater knowledge and authority than their patients, they have an obligation to be trustworthy and to serve patients’ best interests. This has been taught since the era of Hippocrates and continues in contemporary medicine, as stated, for example, in the American Medical Association’s Principles of Medical Ethics [2].

At the same time, health care professionals are individuals, each with a conscience. Sometimes conscience requires the individual to perform or not perform a particular action. The right of conscience is the right of an individual to refuse to do something requested by another based on his or her own conscience or religious beliefs. An example would be the conscientious objector to war who is unwilling to engage in combat, or sometimes even in a supportive military role.

The right of a physician to refuse to provide a requested treatment similarly has ancient roots. Hippocrates, in writing about the goals of medicine 2,500 years ago, defined good medicine as “doing away with the suffering of the sick, lessening the violence of their diseases, and refusing to treat those who are overmastered by their diseases, realizing that in such cases medicine is powerless” [7]. Though physicians who practice modern palliative care would quibble with his assertion that medicine is powerless when a patient is dying, nevertheless the father of Western medicine recognized and taught that there are limits to what can be done, and that physicians should be willing to “just say no.”

For centuries physicians took a primarily paternalistic approach to patient care. In the 1960s and ’70s, a societal consensus supporting individual autonomy emerged in Western culture—individual rights, women’s rights, minority rights, consumers’ rights, and yes, patients’ rights. Many felt that patients should have greater say in their own medical care. When the locus of decision making shifted at least partially from physician to patient, many thought that the patient could not only refuse but also demand treatment. Only in this autonomy-oriented setting has the physician’s right of conscience been at issue.

The concern about the right of conscience in health care is most often raised in relation to abortion. The American Medical Association recognizes and supports the right of conscience in its statement on abortion [8]. However, this right is also a factor in other aspects of the practice of obstetrics and gynecology (sterilization, contraception, assisted reproductive technology) and in other medical areas as well (end-of-life care, prisoner interrogation, capital punishment, research, and more).

It is a common misconception that patients have an autonomous right to demand, as well as refuse, treatment. But this is not so. Negative autonomy—the right to refuse medical treatment—has been clearly established as nearly inviolable through a series of court cases [9, 10] and the practical difficulty of forcing treatment on someone who resists it. There must be a very strong justification for overriding a patient’s refusal. An example would be a young man injured in a motor vehicle accident, sustaining a severe facial injury that threatens to take his life if his airway is not immediately reestablished. If a person in such a situation physically resists intubation, it is generally considered ethically justifiable to assume the refusal was influenced or caused by hypoxia and panic, hold him down, and insert an endotracheal tube over his objection in order to restore his airway and save his life. Apart from such uncommon exceptions, physicians are almost always obligated to comply with the refusal of even life-sustaining treatment by a competent patient who has been adequately informed of the consequences of refusal and has applied his or her own values in making the decision to refuse.

On the other hand, the case for positive autonomy—that a patient’s demand obligates a physician to provide a treatment—is not nearly as compelling. The paradigm here is the professional’s right to refuse to provide a requested abortion if doing so would violate the professional’s conscience. This right of the physician to refuse is well established in U.S. federal law [11], U.S. state laws [12], and international law [13]. In addition, this right of conscience is upheld by other professional position statements, e.g., that of the American Academy of Pediatrics [14].

It is noteworthy that physicians are allowed without question to decline to provide procedures or services for other reasons, but if they use the right of conscience as justification, this right to refuse is not infrequently challenged [15]. For example, physicians are “allowed” to refuse on the basis of a legal standard (e.g., a request for a nonapproved drug), a professional standard (e.g., a request for nonbeneficial treatment such as hyperbaric oxygen for a completed stroke), clinical judgment (e.g., a request for an antibiotic to treat a viral infection), or even a personal choice (e.g., in non-emergency situations, doctors are free to refuse patients for nondiscriminatory reasons). But if the physician says “I am unwilling to do this elective abortion because it would violate my conscience,” some support the physician’s right of conscience and others argue this is insufficient justification for refusing a patient request and might even assert that such a physician should not be licensed to practice medicine [16]. The presumption here is that because the state has the authority to grant a medical license, it also has the right to require that an individual physician provide all legally available procedures or treatments that are within his or her specialty. This presumption is contrary to the well-established support outside of medicine for an individual’s right of conscience.

In 2007 the American College of Obstetrics and Gynecology (ACOG) developed a position statement on “The Limits of Conscientious Refusal in Reproductive Medicine” [17], which states that, in resource-poor areas, physicians who are unwilling to provide all reproductive services should “practice in proximity to individuals who do not share their views or ensure that referral processes are in place.” Does the professional who declines a request based on conscience have a duty to refer to another professional who is willing? One physician may be unwilling to do an abortion, but willing to refer; another may be unwilling to refer, believing that makes him or her complicit in an immoral act. One nonprofessional may be unwilling to work in a general ob/gyn clinic where abortion is one of the services offered, while another may be willing to work there but decline to participate in any aspect of the procedure, feeling sufficiently removed from it and able to care for other patients. In thinking about the issue of moral complicity, I have previously written that many factors may enter into one’s perception of involvement: timing, proximity, certitude, awareness, and intent [18]. A particular focus or emphasis, for example, may lead different people to draw different lines of moral complicity.

So is there a consensus on whether refusal to refer is justifiable on the grounds of conscience? In a large cross-sectional, stratified survey of physicians in several specialties, Curlin et al. found that 71 percent of respondents believed that a physician who refused a request for a legally available service was obligated to refer the patient to a willing professional [19]. Even 56 percent of the physicians self-described as having high intrinsic religiosity supported this obligation to refer, whereas 82 percent of those with low intrinsic religiosity did. As with any yes-no voting procedure, the fact that one position gains a majority of votes tells nothing about the rightness or wrongness of the minority position. Here, it says only that different professionals draw different lines for complicity in immoral actions.

While I earnestly support the right of conscience, I recognize that some individuals who articulate this stance have made invalid claims. An example would be a pharmacist who refuses to fill a prescription for an abortifacient (in my view, a valid refusal if based on conscience) but goes further and confiscates the written prescription, refusing to return it to the patient. While he or she might claim civil disobedience as justification, this has stepped over a line to obstruction of the patient’s legal right. At the other end of the spectrum are those who assert that a physician who is unwilling to provide a legitimate service should no longer be licensed to practice medicine. Such a stance implies that the physician is merely a technician who either has no moral boundaries or is prohibited from exercising them. 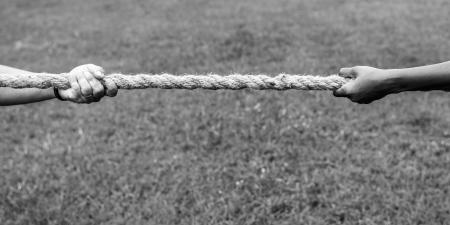 An Examination of Conscience