Mr. Hill arrived in the emergency department (ED) dehydrated and disoriented. He had a history of type II diabetes, hyperlipidemia, and poorly controlled hypertension, and when he came to the ED his blood glucose measured 750. After receiving normal saline and insulin intravenously, Mr. Hill was admitted to the internal medicine floor where he was stabilized and kept overnight for monitoring. The next day, the internist who admitted Mr. Hill requested a consultation from the hospital's endocrinologist, Dr. Vernon.

Dr. Vernon learned from Mr. Hill's chart that his primary care physician had prescribed a reasonable medication regimen, although a few of the medicines were outdated and considered second-line. He also learned that Mr. Hill had a history of noncompliance, frequently missed appointments, and had come to the ED with hyperglycemia three times that year. His HbA1c was elevated at 9.5 percent. As he read the chart, Dr. Vernon could not help but think that Mr. Hill would be a difficult patient to manage and that, based on past behavior, he was not likely to do what was necessary to bring his glucose, cholesterol, and blood pressure under control. Dr. Vernon also knew that, under the hospital's new pay-for-performance system, he was expected to have two-thirds of his diabetic patients at or below an HbA1c of 8 percent and that he could be penalized if he did not meet this goal.

Dr. Vernon explained to Mr. Hill that he was going to prescribe different medications to control his diabetes and that he would write a letter to his primary care physician explaining the reasoning behind the changes. "If you have any problems in the future, you can call or have your doctor call, and I'll be happy to see you in the clinic," Dr. Vernon said.

Four months later Mr. Hill went to the ED again with severe hyperglycemia and was again admitted to the medicine floor, where Dr. Vernon was again asked to see him. When Dr. Vernon reached the floor, the internist was hostile. "This is the fifth time he's come in this year. His primary doctor clearly doesn't know how to handle this problem. You are an endocrinologist. Why didn't you schedule an appointment to see him in clinic?"

Dr. Vernon finds himself in an increasingly common set of circumstances: the health system that he works for is tracking his performance based on a set of process and outcome measures and, in his case, making part of his pay contingent upon attainment of specific goals. Recent estimates suggest that about half of U.S. commercial health maintenance organizations (HMOs) are using this type of pay for performance [1]. Other data document many more pay-for-performance programs sponsored by other health care payers, including preferred provider organizations (PPOs), business coalitions, and state Medicaid agencies [2,3].

Unlike the one described in this case, most pay-for-performance programs apply to primary care physicians (although medical specialists, like Dr. Vernon, are increasingly becoming targets) and reward medical groups rather than individual physicians [1]. The share of total pay that is accounted for by performance incentives in the U.S. is typically small—ranging from 1 to 10 percent—and rewards are associated with performance on a small number of quality measures—five, on average. Current pay-for-performance criteria sets include both process and outcome measures of quality, patient experience, and cost. While process measures of quality (e.g., appropriate medication for asthma, cervical cancer screening) were predominant in pay for performance in the past, emphasis is increasingly being placed on outcome and cost measures, reflecting a growing concern that performance pay be tied more closely to payers' ultimate objectives rather than to just the delivery of evidence-based care. So-called "intermediate" health outcome measures such as control of HbA1c (as described in the case above), blood pressure, and cholesterol are among the most common adopted for ambulatory care. While these doreflect health status, they heighten concerns about whether performance-based measurement can capture the quality of medical care or a host of other factors such as patient behavior, socioeconomic factors, and chance.

Does Paying for Performance Improve Care?

A number of recent literature reviews [4-6] have concluded that evidence to support the widespread enthusiasm for pay for performance is lacking. While the overall picture that emerges from the most rigorous evaluations of pay for performance is mixed at best, studies demonstrate the potential for target payment incentives to improve physician performance. For example, a study that compared hospitals participating in the Medicare pay-for-performance demonstration program to those subject only to quality data reporting requirements found small but significant differences in the rate of improvement on target measures [7].

Even if substantial benefits accrue from pay for performance, there will also be negative consequences. The list of possible unintended effects includes excessive focus on target measures, up-coding (that is, making patients seem sicker than they are so risk-adjusted targets are easier to reach), dampening of intrinsic motivation, redistribution of resources from safety-net clinicians to those who serve patients of higher socioeconomic status, and, last but not least, the one portrayed in our case—dumping of difficult-to-treat patients. All of these problems and evidence of their existence have been described extensively elsewhere [8-10], but two points are worth highlighting here. First, the fact that pay for performance will have some unintended negative consequences is not a sufficient reason for concluding that paying for performance is ineffective or unethical. All payment methods have pros and cons, and decisions about payment reforms must be informed by a careful evaluation of each. Second, all of the unintended consequences noted above can be minimized or aggravated by specific aspects of program design and implementation, so payers should take account of them not only in the decision of whether but also how to pay for performance.

How Can Pay for Performance Be Designed To Address Dr. Vernon's Conundrum?

The pay-for-performance program described in the case is designed in a way that is particularly problematic with regard to exacerbating physician incentives to avoid sicker and less-adherent patients. It focuses on outcomes, rather than on process (e.g., did the patient receive appropriate testing, counseling), which have greater potential to be affected by patient factors (although process measures, too, are subject to patient adherence). Moreover, contingent payments are allotted on an all-or-nothing basis: if Dr. Vernon achieves the HbA1c goal with at least two-thirds of his patient he gets the entire reward; if he falls below this threshold by any magnitude, he gets nothing. Third, the goal does not take account of patient differences in any way—getting a patient like Mr. Hill to an HbA1c of 8 is a more difficult task than getting a stable, adherent patient to an HbA1c of 8.

There are at least two ways that the pay-for-performance program could lessen Dr. Vernon's financial incentive to avoid Mr. Hill. First, rewards could be calculated as a continuous function of the number of patients who receive optimal care (assuming that the right measure of optimal care is an HbA1c less than 8). So, for example, the program could pay physicians $50 for each patient whose HbA1c is less than 8. Then the impact of keeping a non-adherent patient on a physician's panel is far less than it is when the entire bonus is lost because of this patient. Second, instead of using a single goal for each patient, the program could make the performance pay contingent on improving HbA1c from baseline. So for all patients outside the range of desired HbA1c levels, some (or full) credit would be given for 10 percent reduction, for example.

It is by no means clear that pay for performance will always be implemented in ways that ensure net benefit for patients. But there are strategies for designing incentives that minimize pressure to avoid the hardest cases and maximize incentives to improve care. Adoption of such approaches will be critical for the legitimacy and ultimate success of pay for performance.

Author Interview: “Why Money Is Well Spent on Time”

Why Money Is Well Spent on Time

What Should US Policymakers Learn From International Drug Pricing Transparency Strategies? 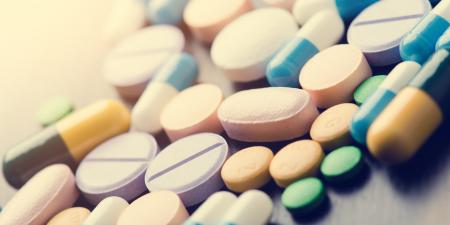 Outside the (Pill)box: Can Physician Performance be Assessed by Objective Measures? 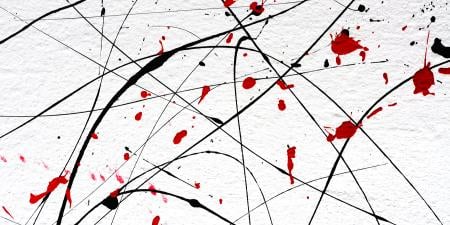