The high rate of HIV infection and AIDS in U.S. prisons has increasingly focused attention on the role that these institutions play as drivers of our domestic epidemic, particularly among communities of color. With black and Latino inmates comprising almost two-thirds of the U.S. state and federal prison population, and with rates of HIV infection for the incarcerated standing at three times the rate in the general population, the question of whether we could advance the nation's HIV prevention agenda by making condoms available to inmates in prison is often posed.

The first question, of course, is how much HIV transmission takes place within the walls of our correctional facilities? If jails and prisons are risk environments for consensual and nonconsensual sexual relations, and if this sexual activity accounts for the high seroprevalence rates "on the inside," then creating interventions that promote safe sex would ostensibly be a public health priority of the first order. If inmates arrive in prison already infected, then the urgency to introduce condoms into these environments may be misplaced, and the most effective public health intervention might well be to test and treat those who are living with the virus during their period of incarceration. There is significant evidence that prison health care—when appropriately funded and aggressively offered—is as good, and at times better, than what exists in many of the poor communities of color to which most inmates will return. If good prison care is linked to appropriate medical interventions in the community, an ex-prisoner may well have a positive prognosis.

The most important study to date of HIV transmission behind bars was conducted by the Centers for Disease Control and published in the Morbidity and Mortality Weekly Report (MMWR) in 2006. In an examination of inmates in Georgia 's Department of Corrections, all of whom are tested for HIV when they enter the system, it was possible to recruit a sample of volunteers to be tested again for HIV antibodies to determine whether, among those who entered HIV-negative, seroconversion had occurred during the course of their imprisonment.

Two conclusions might be drawn from the study's findings. First, the rate of infection in this system was high at the point of entry, the result of exposure prior to incarceration. Second, there was evidence that some transmission had, in fact, occurred on the inside, and that much of it was the result of sexual activity among inmates and, it appears, with members of the prison staff [1].

These findings provide what mathematicians describe as an "existence proof," that is, they provide support for the assertion that HIV-risk activity is present in at least one state prison system, and, quite probably, in other systems of incarceration nationwide.

Identifying conditions for safe sexual encounters is by now a public health no-brainer. HIV prevention interventions must be instituted in both prisons and jails without further delay. Condoms are an obvious element of such interventions, and, given that we have findings from a rigorously conducted study that demonstrate the existence of the problem, we are, as a nation, ethically obligated to act.

Should condom distribution be the primary tool of prevention? I would argue it need not be. We already know that significant numbers of sexually active men are not skilled at using condoms effectively. Thus, providing condoms without the HIV education—including a broad range of topics and risk factors such as unsafe tattooing practices—means that we are not doing our utmost to assure that the distribution results in satisfactory condom use.

Further, there is evidence that in many facilities, condom distribution would cause problems for the inmates who requested them. Sex behind bars may be prevalent in most prisons, but sex between inmates is illegal in almost every state. Thus, requesting a condom might be considered probable cause for investigating whether or not an inmate is engaged in illegal activity. Ex-prisoners have insisted, in informal conversations with me, that accepting a condom might result in reprisals by prison officials who are not always fair in their treatment of the incarcerated population. Accepting a condom, in other words, might cause greater harm than good in some facilities.

Finally, if our prisons are a reservoir for HIV infection and AIDS, then appropriate and aggressive medical interventions are probably a more urgent ethical imperative than distributing condoms. While condom distribution might limit exposure to infection while an individual is incarcerated, the risk that requires more attention is the risk to the community into which infected inmates—who are neither aware of their serostatus nor getting appropriate monitoring and treatment—are released. In this instance, our greater concern is for the members of communities with whom ex-prisoners will interact upon their return. Our primary obligation to "do no harm," therefore, must begin by offering HIV testing at the time of entry into and prior to release from all jails and prisons and a systematic plan of care that ensures effective treatment in prison and seamless linkage to care upon the inmate's return to the community.

Distribution of condoms is not the primary ethical obligation we confront as we consider strategies to reduce the burden of high HIV/AIDS rates in jails and prisons. The time when such a strategy might have worked has passed. With large numbers of sick inmates, effective medical interventions are nothing less than a categorical imperative. 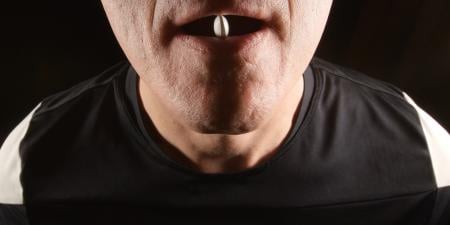 Physician Empathy in Correctional Facilities: Still in Need of Analysis