The medical profession sits, sometimes uncomfortably, between the medical needs of our patients and the values and priorities of health care policy makers. Whether these policymakers work in the private or public arena or act in the interests of business or government, the medical needs of our individual patients will occasionally conflict with the diverse needs of the groups of which they are a part. Indeed, it has been argued that professions arise where vulnerable individuals are at risk of exploitation by the state or market forces—with professionals serving to protect the needs and rights of the vulnerable.1 At the same time, medical professionals frequently are called upon to support the public health needs of society, even when individual patients might prefer otherwise (reporting of infectious diseases and isolation protocols come to mind as examples). Balancing these competing obligations is a sine qua non of professional life—sometimes we must act to preserve the health of the public despite the desires of individual patients, other times we must frustrate governmental and market forces to protect our patients' health and human rights. No one ever said being a medical professional was easy.

The possibility that these conflicts will be resolved in favor of patient or public health needs but against social rules is well-recognized. Accordingly, for a physician it may sometimes be ethical to break the law. For example, the AMA Code of Medical Ethics opines that:

"Ethical values and legal principles are usually closely related, but ethical obligations typically exceed legal duties. In some cases, the law mandates unethical conduct. In general, when physicians believe a law is unjust, they should work to change the law. In exceptional circumstances of unjust laws, ethical responsibilities should supersede legal obligations."2

Not quite a clarion call to civil disobedience, but the door is clearly ajar. Civil disobedience has been defined as a "public, nonviolent, conscientious yet political act contrary to law [and] usually done with the aim of bringing about a change in the law or policies of the government."3 Supporters have said that civil disobedience, in part, calls public attention to a "discrepancy between moral standards and some law, policy, or state of affairs."4 Yet detractors claim that it also represents disrespect for the legal system at best, and risks civil incohesion and chaos at worst. If we all feel quite comfortable breaking rules we don't like, civil society will crumble. Respect for the law is critical to maintaining the very fabric of a just society. Consequently, even bad laws, which we should work to change, should be respected. As Abraham Lincoln put it, "bad laws, if they exist, should be repealed as soon as possible, still while they continue in force, for the sake of example, they should be religiously observed."5

But respect for law has its limits and should not mean slavish acceptance of it. More importantly, professionals should recognize that "professional civil disobedience"—professional groups deciding together (not just individually) to break a social rule in order to support the medical needs of our patients—might actually reinforce social structures, if done right. Recall, after all, that professions are a part of the social fabric itself.

Much debate has surrounded individual acts of civil disobedience; what sorts of disobedience exist, which can be justified using what rationales, and so on. Traditional criteria for 'acceptable' acts of civil disobedience include that the protest be open and nonviolent, punishment for breaking the law be accepted, the situation under protest be widely recognized as wrong, and that the protest be likely to improve the situation or at least not make it worse. Some of these criteria are addressed elsewhere in this month's Virtual Mentor.6,7 For physicians, specific forms of individual advocacy have also been spelled out, including the use of civil disobedience, along with an increasingly stringent set of justifications depending on the risk a proposed action might pose to our patients and the public.1

In the last 40 years there has been widespread and powerful criticism that professions serve primarily as monopoly power-brokers to advance the interests of members. But this can work only in the short term. Over the long haul, professions are the holders of a public trust. That is, professions don't exist to serve their members, they exist to preserve and protect fundamental social values, such as justice, health, safety, and equality of opportunity. When societies fail to deliver on core human values, it is the responsibility of organized professions to reassert the importance of these values through social discourse and action, thus repairing the fabric of a good society.

When professions fail to serve this repairing function, society is in grave danger. In medicine, one can recall, for example, dramatic failures of professionalism during the Nazi experiments, the use of psychiatric hospitals as prisons in the Soviet Union, the infamous Tuskegee Syphilis Study, the South African abuse of prisoners facilitated by organized medicine's blind eye to the horrors of apartheid, and so on. In each such case, the organized profession of medicine failed in its civic duty to protect health by provoking social change. It is hard to say what the effects might have been had the organized medical profession taken a strong stand against the rise of Nazism, or apartheid, or for civil rights in the US. But we can say that when professions fail in this way, eventually either social change is driven by others (as in South Africa and the civil rights movement in the US), or the entire society fails (as in the Soviet Union and Nazi Germany).

In addition, when professions fail to perform their civic obligations they risk their own demise by inviting increasing social regulation and control over professional work. Professions' civic obligations are so critical to their long-term existence that when they fail to carry out these obligations it appears they are eventually stripped of their social standing and privileges. I believe we are in the midst of just such a time today.

The American medical profession is ultimately responsible for stewardship of the nation's health. Patient by patient and community by community, we are charged with ensuring adequate access to care, appropriate and safe delivery of care, and proper attention to resource allocation within the health care system. Though we cannot, alone, make political decisions, as a group the medical profession must sometimes force itself on political processes that are failing to serve the health needs of our patients. If doing so effectively means using organized civil disobedience following careful debate within professional deliberative structures, then that is what we should do. When used within the professional framework, civil disobedience is a tool for repairing, not tearing, the social fabric of a good society.

Finally, however, we must recognize that using these tools for our own interests will inevitably backfire. Failure to be effective leaders for our patients will lead our patients to turn to others for help, and our social leaders to consider us to be self-centered, like any other nonprofessional interest group or lobby. This process of deprofessionalization is well advanced today.8 If we were to start right now, we would already need to re-earn, not simply reinforce, our special professional status.

Sadly, not enough physicians today understand that professional privileges cannot be sustained through collective advocacy for our own interests—they must be continually earned through effective work for the interests of our patients. Because of this misunderstanding, and increasing physician frustrations, we have recently seen more physicians using aggressive advocacy tactics, but not always in service to the issues most important to our patients. Consider this: what might happen if America's doctors chose, as a group, to march on the Capitol to protest our broken health care system? To demand universal health care coverage, the elimination of disparities in health care, and dramatic increases in health care quality. What sort of society might such an action help to create? Would the social and political status of physicians rise, making us more effective advocates across the board? And how strongly woven might our social fabric become? 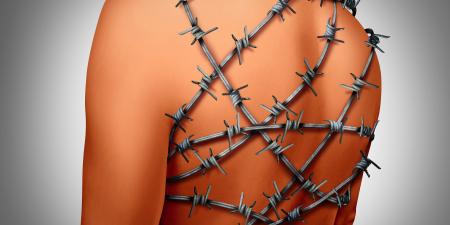