Research has documented public skepticism regarding vaccine safety. More than half of American adults say they are concerned about the safety of vaccinations for children [1], and about a quarter of parents think that vaccines can cause autism [2]. In perhaps the most telling statistic, only 76 percent of adult respondents to a Research!America survey reported believing that vaccines pose less of a risk than the diseases they are meant to prevent. [3].

Gaps in vaccination coverage seem to follow from these gaps in perception of vaccine safety. According to a recent report, lack of vaccine coverage can be traced directly to a lack of knowledge about the safety and effectiveness of vaccines [4]. Utilization of recommended adult vaccines range from 26 percent to 65 percent [5], and in 2009, nearly 30 percent of U.S. children were not up to date on their vaccinations according to the schedule recommended by the CDC [6]. Trends show that the problem is getting worse. The percentage of parents who refuse or delay vaccinations for their children rose sharply during the last decade, increasing from 22 percent in 2003 to 39 percent in 2008 [7].

Gaps in vaccine utilization have major implications for American health care. The financial burden of vaccine-preventable diseases among adults is about $10 billion annually [4]. The public health burden is equally heavy. As an example, as many as 50,000 to 70,000 adults die annually of pneumonia and influenza in the United States, figures which could be greatly reduced with vaccinations [8].

What can be done about this problem? The Robert Wood Johnson Foundation’s “Short on Shots” report offers the following proposals:

The Vaccine Industry: Big Business and Getting Bigger

Even in the face of the public health challenges outlined above, the vaccine business has become an area of growth for pharmaceutical companies. To quote a recent Associated Press article, “Vaccines are no longer a sleepy, low-profit niche in a booming drug industry. Today, they’re starting to give ailing pharmaceutical makers a shot in the arm” [9]. Vaccine sales are expected to double, from $19 billion in 2010 to $39 billion by 2013, according to market research firm Kalorama Information. This growth will amount to a nearly five-fold increase in vaccine sales from 2004 figures [10]. In sum, vaccines now have more value to pharmaceutical companies than ever.

With the growing importance of vaccine sales to their bottom line, private companies now have an increasingly large stake in the success of public education campaigns on vaccine safety. Several companies have gone so far as to launch informational web sites [11, 12] to correct public misperceptions about vaccine safety. Despite the potential value of these sites, the message remains fragmented, and perhaps suspect—user-friendly private sites have obvious conflicts of interest; their goal is to sell vaccines. Government sites, on the other hand, are informative but dry and sometimes difficult to navigate. It is then no surprise that these efforts to educate the public on vaccine safety continue to be drowned out by clearer, simpler antivaccine messages.

The Bottom Line: A Little Collusion Could Go a Long Way

We’ve now landed at the root of the misinformation problem: those providing the inaccurate information often have a more penetrating voice than those accurately describing the science of vaccines.

With pharmaceutical companies already spending 32 percent of their revenue on marketing [13], and vaccines emerging as an area of industry growth, why couldn’t private firms collaborate with the government to craft the clear, cohesive message needed to counteract bad information? Why not link private vaccine information web sites together through the CDC’s website so that the user-friendly information is also credible? Why can’t we make sure that when someone searches “vaccines,” “vaccine safety,” or “vaccines and autism,” this government web site is the first that comes up? Why couldn’t the government coordinate with vaccine companies on web design to make the page as user-friendly as the industry’s? Why not give the provaccine voice as much name recognition as the antivaccine voice, and use private money to enlist celebrity spokespeople for the government’s vaccine education campaign? In short, why not consolidate, or at the very least, coordinate, public and private efforts to implement a more effective vaccine safety education campaign?

In business, just as in government, shared interests are what drive initiatives forward. Our public health agencies and vaccine companies are, in this case, a perfect fit. Where the government sees gaps in immunization coverage, vaccine manufacturing companies see gaps in market coverage. Each group is highly motivated to close these gaps, and each understands that public education is critical to accomplishing its goals.

The bottom line: for public perception to be swayed, vaccine information has to be delivered in the same simple, unified manner that vaccine misinformation is delivered. To accomplish this, public and private efforts to dispel misperceptions about vaccine safety must be coordinated. Such collaboration would produce the clear, cohesive voice of vaccine safety needed to not only reach the minds of the American people, but stick. In this sense, a little “collusion” between the government and vaccine manufacturers could go a long way toward closing gaps in immunization coverage.

Ethics Talk: COVID-19 Vaccine Mandates and Solutions to Avoid Relying on Them 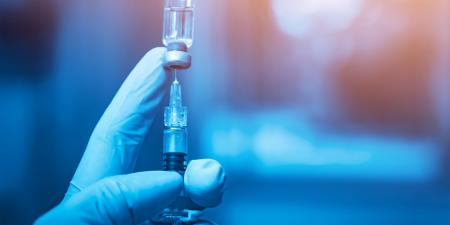 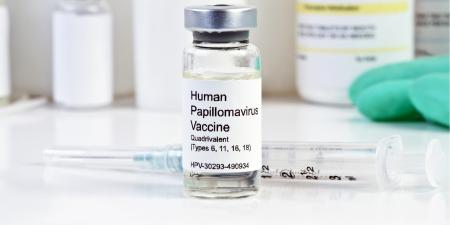