Dr. Peterson smiled at Elizabeth, a 15-month-old who was in his office for her well-child check. He made small talk with Elizabeth’s mother for a few minutes while Elizabeth played with a doll from the exam room’s toy chest.

“Do you have any concerns today?” he asked the mother.

Elizabeth’s mother smiled. “Not really,” she said. “She’s been a little slow to talk—her brothers were both talking much more at this age—but I think she’s catching up.”

Dr. Peterson noticed that Elizabeth was flapping her hands slightly. “Does she do that often?” he asked the mother.

He continued to observe Elizabeth play as he asked her mother a series of questions. Elizabeth continued to flap her hands throughout the interview. To Dr. Peterson, it looked like “stimming,” or self-stimulation, behavior that is frequently associated with autism. Elizabeth had poor eye contact, although she did respond to her name and come to her mother’s side when called. She also rocked back and forth on her knees, singing to herself lightly. The hand-flapping, rocking behavior, and poor eye contact gave Dr. Peterson reason to consider autism.

He hesitated. According to Elizabeth’s mother, Elizabeth had met all of her developmental milestones, although recently it seemed that her speech development was not on track. There were plenty of signs that she could be developing normally: she played with the doll attentively and demonstrated affection toward it, she responded to her name, and was well-behaved. Her mother—who had two older children—hadn’t noticed anything out of the ordinary.

Dr. Peterson considered his course of action. He knew that Elizabeth would undergo routine screening for autism at her 18-month visit and didn’t feel that he saw anything severe enough to warrant an extensive evaluation at the moment. However, he wondered if Elizabeth’s mother had a right to know that he was concerned. He was apprehensive that conveying his concern to the mother involved a certain degree of unnecessary risk: it would mostly likely cause increased anxiety for the family and possibly spur Elizabeth’s parents to perceive normal behavior as pathology. But did he have an ethical obligation to share his concerns with her mother?

In this vignette it is evident that Dr. Peterson is an excellent and caring clinician. He understands his ethical obligations to act in the best interests of his patients with possible neurodevelopmental disorders. Dr. Peterson wonders about the option to initiate an early intervention program for Elizabeth now, before moving on to see his next awaiting patient. It would not be controversial to help arrange for an early intervention program that provides a free neurodevelopmental assessment for children between birth and age 3 under United States federal law (Public Law 99-457).

But a conscientious clinician like Dr. Peterson recognizes the complexity of the developing brain, the difficulty in diagnosing behaviorally defined neurodevelopmental disorders in infancy, and the controversies surrounding several biomedical and behavioral treatments proposed for autism. Such a clinician is appropriately concerned about the process of providing accurate and unbiased information. He or she understands the limitations of basic and clinical neuroscience and the value of evidence-based medicine. Such a clinician is aware that the influential fifth edition of the Diagnostic and Statistical Manual of Mental Disorders (DSM-5) merged all autism disorders into one broad categorical diagnosis of autism spectrum disorder (ASD), which validates the classification of younger children with milder, nonspecific neurodevelopmental differences as “on the spectrum.”

Dr. Peterson has the luxury of using the diagnostic “test of time” principle while providing support and guidance to Elizabeth’s parents. As an experienced physician, Dr. Peterson may not always know what is best for an individual child and family, but he can gently express some concern now and see Elizabeth and her parents back for re-assessment in a few weeks.

How he expresses that concern has great potential to shape the family’s response and, therefore, Elizabeth’s life. Thus, for Dr. Peterson to describe autism as a grave condition would be more upsetting to the parents than calm explanations that autism is not a disease, and not necessarily a disorder, and that they might be beginning to discover traits of Elizabeth’s nature. Without this kind of framing, even preliminary concerns about autism are likely to cause parental guilt and anxiety. Autism invokes more child stigmatization than other developmental diagnostic labels (e.g., developmental language delay) [4]. A clinician like Dr. Peterson understands that the more stress any parent feels about the diagnosis, the more impaired he or she will judge the child to be [5]. Giving parents early support and reassurance to love their children as they become their unique authentic selves might be the best way to create a “therapeutic alliance” and promote parental acceptance [6]. In addition, caregivers need not try to change many behaviors and stereotypes associated with autism—especially those behaviors that are not a burden to the child [7].

If Elizabeth Does Have Autism: Principles in Autism Treatment

If Elizabeth is later diagnosed with autism, Dr. Peterson should observe certain principles.

Involve parents in an active shared decision making partnership. In her 2010 commentary in this journal (formerly known as Virtual Mentor), Margaret Moon, MD, presents a bioethics approach to an autism-treatment dilemma based on the four traditional principles of medical ethics (respect for autonomy, beneficence, nonmaleficence, and justice) and concludes that optimizing a therapeutic alliance between the physician and the family (also known as a “shared decision making” model) would lead to the best outcome—promoting a child’s short- and long-term well-being [8]. Respecting parental authority and following a shared decision-making partnership with Elizabeth’s mother would be a particularly sensible approach for Dr. Peterson given Elizabeth’s good hearing ability, social skills, and young age. The most important reason to establish a shared decision-making partnership with Elizabeth’s parents is to promote their involvement in interventions for her. Ivar Lovaas, one of the pioneers of behavioral therapies for autism, has emphasized that parents and other family members should participate actively in teaching their child at home to reinforce the learning activities initiated in formal special education and therapy programs in schools and clinics [9].

Make sure to focus on effective treatments. The 75-year history of autism has included numerous controversies and pseudoscientific abuses that have harmed children and their parents (see table 1). It is vital that physicians and parents focus on seeking out treatments that good evidence shows to be safe and effective.

As for equity, it is uncertain whether Elizabeth currently lives in a US state or Canadian province that has passed either legislation providing persons with autism a guaranteed right to intensive behavioral interventions or mandates requiring private health insurers to offer extensive coverage of autism behavioral therapies. Thirty-seven of 50 states mandate some level of health coverage for autism therapies [28]. Laws of this kind are one important way to ensure that everyone with autism has the same acceptable level of access to treatment.

Ultimately, to ensure widespread access to treatment in the long term, we must prioritize finding and providing cost-effective interventions. The public will need to continuously debate how to allocate and pay for a wide range of medical therapies and special educational services, and using those with the greatest cost effectiveness will make more resources available to achieve other goals. ABA programs, which are, as mentioned above, variably effective, cost between $10,000 and $100,000 per child annually [29, 30]. Studies show that early intervention programs have benefits for a wide range of children, including poor inner-city children without neurodevelopmental disorders [31]. Diversion of enormous amounts of resources to some ineffective or unnecessary treatments for children with one particular condition makes it less likely that children with other needs will receive services or resources.

Just as there is no accepted single path to human flourishing and authenticity in typically developing children, there is still no perfect standard for raising and caring for a child with atypical neurodevelopment. Early recognition of children with special needs requires a therapeutic alliance with parents during their efforts to find the right medical and educational approach for their children and their families. 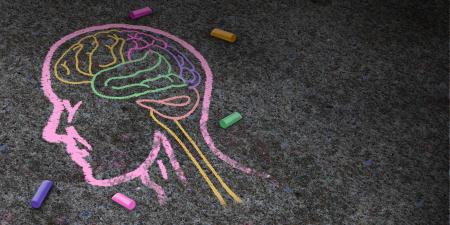 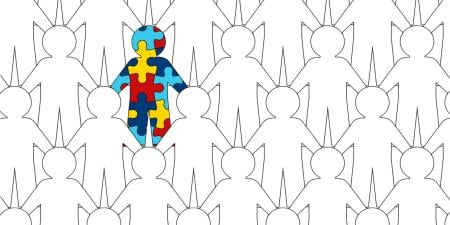 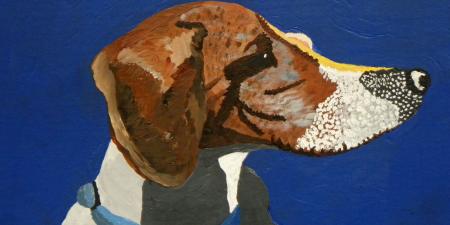