A rapidly aging correctional population has led to an increasing number of patients with serious progressive and terminal illnesses in correctional settings. “Compassionate release” describes a range of policies offering early release or parole to incarcerated patients with serious or debilitating illnesses. However, in many states that have compassionate release policies, few patients are actually granted release. We describe how the continued incarceration of patients with serious or debilitating illness can constitute a violation of human dignity if appropriate palliative care is unavailable. We argue that, given the importance in medical ethics of upholding dignity, physicians should advocate for the appropriate application and use of compassionate release. We describe several opportunities for physicians to take leadership on this issue.

Incarcerated patients are more likely to have severe or debilitating medical illnesses than the general population [1]. More than 4,000 people died in jails and state prisons annually from 2003-2011, with heart disease and cancer being major causes of death [2]. These illnesses disproportionately affect older patients, who make up an increasingly larger share of prison populations. From 1993 to 2013, the 55-and-older population in state prisons more than tripled, increasing from 3 percent to 10 percent [3]. “Compassionate release” policies have been designed to allow some of these patients to be released from prison or jail before sentence completion. However, few patients are actually granted compassionate release [4, 5]. This article provides an overview of ethical principles used to justify compassionate release and explores how physicians can leverage their commitment to upholding ethical principles to advocate for more effective compassionate release policies.

For humanitarian, practical, and economic reasons, 47 states and the District of Columbia have some form of early release mechanism for seriously ill or disabled incarcerated patients [6-8]. “Compassionate release” is a broad term used to describe a range of these types of policies (including medical parole, emergency parole, and medical release). Most, if not all, share the requirement for a physician to determine medical eligibility for potential candidates, although medical eligibility differs by jurisdiction [9].

Nationwide, compassionate releases occur relatively infrequently. Out of 2,621 requests for compassionate release during a one-year span in the Federal Bureau of Prisons, only 85 (3.24 percent) were granted [10]. State prison systems are likely to have similar if not lower rates of release [11]. These low rates stem in large part from state and federal policies with restrictive medical and criminological eligibility criteria for release, including mandated short-term “terminal prognosis” and exclusion of nonterminal but debilitating conditions [9, 11]. These policy barriers are compounded by administrative barriers to release such as objections by a victim advocate or prosecutor, concerns about public safety (particularly for those incarcerated for violent crimes), and availability of suitable postrelease community care plans [6, 12].

Compassionate release policies are designed in recognition of the fact that an appropriate level of care for patients with severe or debilitating illnesses is difficult, and sometimes impossible, to achieve in the correctional setting [13, 14]. For instance, the community standard for end-of-life care is to offer patients hospice [15]; however, prison hospices are available only at 69 of 1,719 state correctional facilities [9, 16], and they often require patients to move farther away from family or friends at a time when maintaining social connections is a core component of quality care. Prison hospice programs are costly, straining state allocations for correctional health services, which cannot be billed to Medicare and Medicaid [17]. Consider the film Prison Terminal: The Last Days of Private Jack Hall, which depicts a prison hospice program that was made possible by fundraising rather than budgetary allocation [18]. The film highlights comfort measures provided by incarcerated persons employed to help the patient but depicts relatively little in the way of professional hospice nursing and palliative care. In fact, a few days before his death, the patient is shackled, put in an orange jumpsuit, and taken by ambulance to the nearest emergency room, where he can receive appropriate medical care. Cost and logistical limitations make it very difficult to provide standard-of-care hospice care in prisons, threatening the dignity of the seriously ill and offering a strong rationale for compassionate release policies. Although there are several reasons why the medical community should advocate for evidence-based compassionate release policies—including the high cost of care for these patients—we will focus in this paper on the ethical value of human dignity.

Upholding human dignity—the inherent value or “inner worth” of every person—is a core ethical principle [19, 20]. Each person has dignity, which is not subject to circumstance and persists regardless of the situational context in which a person may find himself, including incarceration. Immanuel Kant operationalized the concept of human dignity as the imperative that people always be treated as ends unto themselves, never solely as means to an end [19, 21]. In this paper, we will refer to “upholding” and “maintaining” dignity, by which we mean respecting human inner worth as identified by Kant.

Although human dignity is frequently considered in medical ethics, its role is interpreted variably. While some consider it to be implicit in the four ethical principles of autonomy, justice, beneficence, and nonmaleficence that make up the core of biomedical ethics [22], others consider it to be distinct. For instance, human dignity stands alone in the first tenet of the American Medical Association (AMA) Principles of Medical Ethics, which states, “A physician shall be dedicated to providing competent medical care, with compassion and respect for human dignity and rights” [23]. In palliative care, or the care of patients with serious illness aimed at symptom control rather than cure, maintenance of human dignity is considered a fundamental—and independent—ethical principle [24, 25].

For patients with serious, life-limiting illness, maintenance of human dignity has been defined as the provision (to the extent it is possible) of meaning and purpose, autonomy and control, and attention to spiritual and emotional needs [25, 26]. To optimize such care, Chochinov identifies several tasks of “dignity-conserving care” [25], which include settling relationships, sharing words of love, and preparing a legacy document for loved ones [27-29]. For incarcerated patients—all of whom have a constitutional right to appropriate care [30]—one could argue that the right to dignity conservation during a patient’s serious illness is not only an ethical imperative for clinicians [20], but also a constitutionally protected right. In this context, a correctional facility that cannot achieve a patient-centered environment, in which dignity-conserving practices are integrated into care, might not meet an appropriate ethical standard of care for the seriously ill. Compassionate release offers a mechanism to shift those patients to settings that can provide appropriate care.

While physicians have professional responsibilities to uphold the dignity of their patients in an exam room, for example, they also have obligations to advocate for policy changes when they observe patient dignity being undermined in specific circumstances, such as incarceration. This professional role is described in the AMA Principles of Medical Ethics as “a responsibility to seek changes in those [legal] requirements which are contrary to the best interests of the patient,” as well as “a responsibility to participate in activities contributing to the improvement of the community and the betterment of public health” [23]. Policies that expand access to evidence-based palliative care, including dignity-conserving strategies, are consistent with both the best interests of patients and the betterment of public health. As such, physicians are encouraged, if not obligated, to advocate for them.

It is important to note that compassionate release might not always be the best option for an incarcerated person with a serious illness. For some patients, questions about public safety and victims’ rights present considerations that compete with early release [9]. However, it bears noting that older age at release is a major factor associated with lower recidivism [31], thus mitigating the potential public safety risks of compassionate release. Additionally, barriers related to discharge planning and community placement can impede the ability of a correctional health care team to develop an appropriate release plan [6]. Even in these cases, physicians can advocate for their patients with serious illness to live in the least restrictive, most patient-centered environment that can be achieved without compromising public safety. For all incarcerated patients who are not suitable for release or who are awaiting an administrative ruling on their petition for compassionate release, attention must be focused on the delivery of high-quality, dignity-conserving care.

Next Steps for Physicians and Professional Medical Societies

There are several ways in which physicians can advocate for seriously ill incarcerated patients.

First, the AMA, the National Commission on Correctional Health Care (NCCHC), and other professional medical societies can study barriers to effective compassionate release policy and offer guidance to correctional physicians about how to address those barriers. In particular, further study could help physicians assess the ability (or inadequacy) of their facility to meet palliative care needs of their patients with serious illnesses and facilitate physicians’ roles in encouraging development of the least restrictive, most dignified living environments achievable without compromising public safety. This kind of advocacy effort could involve supporting patients’ compassionate release petitions with a professional opinion that the patient needs community palliative care to meet ethical standards of human dignity. Additionally, state and national medical organizations themselves can spearhead efforts to promote evidence-based compassionate release policies by involving the broader medical community in support of high-quality palliative care for incarcerated patients.

Second, palliative care organizations should be called upon to recognize the important site of care that correctional settings represent for many seriously ill patients. Such organizations can press correctional health care systems to adopt palliative care as the standard of care for the seriously ill and to embrace compassionate release as a means to ensure palliative care for patients who need it. Such care requires attention to physical symptoms, emotional and existential concerns, and resolution with family and friends. The quality guidelines for end-of-life care in correctional settings from the National Hospice and Palliative Care Organization may offer guiding principles for such efforts, in terms of both providing such care in correctional facilities and streamlining considerations for compassionate release [32].

Third, correctional physicians who care for seriously ill and dying patients can systematically evaluate which of their compassionate release petitions have been successful in order to optimize the success of future petitions, focusing on administrative hurdles that impede access to timely assessment and release. With such information, correctional physicians can help develop streamlined pathways to assessment for early release, making it the norm that all incarcerated patients who are rapidly declining in health or functional status or who have a life-limiting illness be assessed. They can also forge connections with clinicians outside incarceration settings to help their patients access housing and other social supports that are required for compassionate release petitions in some states [6]. Additionally, if it appears there are more systematic or bureaucratic barriers affecting implementation of existing compassionate release policies, correctional physicians can share their stories with policymakers and the public, illuminating their patients’ needs and firmly establishing themselves as champions of human dignity in the correctional setting.

Physicians have important obligations to participate in public debates involving issues of human dignity. One such issue is compassionate release. Physicians can help generate political momentum toward policy analysis and change, contribute medical expertise toward the structuring of scientifically sound compassionate release policies, and advocate directly for their incarcerated patients. As a simple starting point, state and national professional medical societies can study the barriers to effective compassionate release policy, support correctional physicians in addressing those barriers, and engage their members in advocating for policy change. 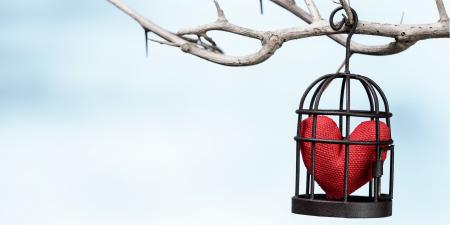 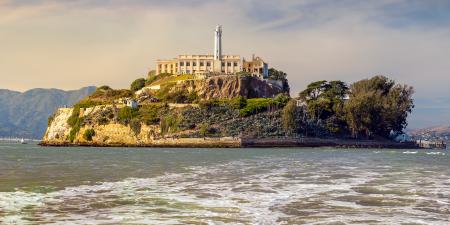 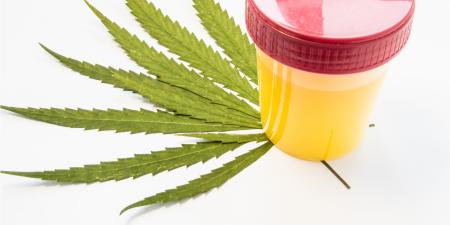