Should physicians be expected to be advocates for their patients? How about for patients as a group? Individual physicians often must decide whether, how, and how much to advocate for their patients. Further afield, they must decide whether and how to get involved in societal issues that affect the health of people in general. In our teaching, should we expect our students and residents to be advocates? If so, how do we teach that? Is it desirable, or even permissible, to consider advocacy a core component of medical education? If so, how should we evaluate it? Should a student who does not—or even refuses to—advocate for patients be given a passing grade?

Sarah Dobson and her colleagues addressed these questions in a 2012 “Perspective” article in Academic Medicine titled “Agency and Activism: Rethinking Health Advocacy in the Medical Profession” [1]. In an important contribution, they propose dividing advocacy into two components, which they call “agency”—working on behalf of the interests of a specific patient—and “activism,” which is directed toward changing social conditions that impact health, and the effects of which are seen in populations more than in individuals. The difference, they say is that, “whereas agency is about working the system, engaging in activism is about changing the system” [2].

This is helpful in clarifying different perspectives on the term “advocacy.” While the Royal College of Physicians and Surgeons of Canada’s CanMEDS Physician Competency Framework, for example, calls for physicians to “responsibly use their expertise and influence to advance the health and well-being of individual patients, communities, and populations”[3], the authors observe that trainees “have variously described it as charity or as going above and beyond regular duties.” They note that “several studies have concluded that although physicians generally endorse the idea of advocacy, they rarely engage in it” [4].

The American Medical Association’s (AMA) Declaration of Professional Responsibility: Medicine’s Contract with Humanity [5] contains a more explicit statement about advocacy that certainly would fit the authors’ definition of activism; its item 8 is “Advocate for social, economic, educational, and political changes that ameliorate suffering and contribute to human well-being” [5].

Physicians would probably agree that advocacy for patients is an appropriate role, but advocacy for social, economic, educational, and political change is far less widely accepted. Dobson and colleagues try to bridge this gap by concluding their article with the assertion that there is a distinction to be made between the role and responsibilities of the individual physician and that of the medical profession as a whole. They concede that “physicians and other health professionals witness the effects of the socioeconomic determinants of health every day, made visible to various degrees in every patient encounter” and therefore have the “authority…to shed light on matters influencing…health,” but they question “whether this authority translates into an obligation” [6].

Of course, for the profession to advocate according to the AMA Declaration, individual physicians must do so; the profession is the sum of its parts. And, indeed, many physicians are social activists. Many medical students enter school with a commitment to activism demonstrated by school and community volunteer work, creating and working in free clinics, and pursuing training in public health, policy, and other fields related to social change. Sadly, however, along with empathy, which has been shown to dramatically drop as medical students enter their clinical training [7], volunteerism and commitment to social change decline during the training years. One reason often suggested for the drop-off in voluntarism is that, in addition to being busier during their clinical years, students’ early participation in free clinics was motivated by self-interest—improving their chances for acceptance to medical school or gaining exposure to patient care during the time that their schoolwork is mostly in the classroom—rather than true social commitment.

This may be true for some, but as an educator I believe there are many students with true social commitment and that the fault lies in part with the school and faculty who do not always manifest and encourage either the empathy or the advocacy that we would like to see in our physicians. In their clinical years of medical school and in residency training, physicians-to-be emulate those who are more senior members of the profession. Despite the AMA Declaration, neither the Liaison Committee for Medical Education (LCME), which accredits medical schools, nor the Accreditation Council for Graduate Medical Education (ACGME), which accredits residency programs, has requirements for teaching advocacy. In the absence of such requirements it is less likely that advocacy programs will be developed for students and residents and more likely that, when they are, the students who participate will be those who are already interested in doing such activities. If we do not have these expectations of all students and all physicians, then only a minority will be involved.

It is gratifying that, when it comes to issues that most directly affect the health of their patients, doctors most often adopt the “agency” role that can more easily be seen as “medical” rather than social. But even physicians in public health roles may limit their advocacy to matters concerning individual behavior (e.g., to immunizations, smoking cessation, cancer screening, and seat belt use) rather than extending it to advocating for structural societal change.

There are a fair number of physicians involved in politics, both individually (as officeholders and candidates) and through organizational lobbying, who are advocating for social, economic, educational, and political changes, but most often they advocate for measures to further their professional self-interest rather than for changes that will improve the well-being of the public. Many of the physicians in politics often advocate for smaller government, which frequently means endorsing policies that cut the social safety net, decrease funding for public education, and oppose universal health insurance [8]. In this way, they are acting as agents of their own social class rather than as advocates for those most in need.

Not only are many physicians socially conservative and not, perhaps, in favor of policies “that ameliorate suffering and contribute to human well-being,” physicians are busy people who mostly see themselves in the role of providing direct patient care, not engaging in social activism. Even active “patient agency” can come under fire; last year, Gordon Schiff, MD, of Harvard, wrote in JAMA’s “A Piece of My Mind” about the negative reaction he received when he gave a patient some money to help him buy medication, a clear and present form of advocacy and agency [9].

A story is told in most introductory public health classes about a man fishing in a river who sees a body floating by. He pulls it out, but then sees another coming downstream, and then two more, then more after that. He calls for help, and his caring community does help. People pull bodies out, but the bodies keep coming downstream faster and faster. The townspeople organize brigades and develop efficient systems using a conveyer belt to bring the bodies to a safe spot and backhoes to dig mass graves. Finally, someone says, “You know, maybe we should go upstream and find out what’s killing these people.”

Everyone needs the basic facilitators of a healthy life: adequate food, housing, warmth, education, and safety. If physicians simply patch up those who are sick or harmed by preventable disease rather than pushing for the changes needed to actually prevent them, we will not have as great an impact on health. If we are going to advocate successfully for those changes, then such advocacy must become a core value that we teach in medical school and residency, that we select students for their commitment to, and that we model every day as their teachers.

Otherwise we will just be pulling bodies from the river. 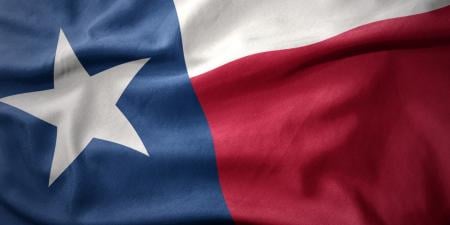 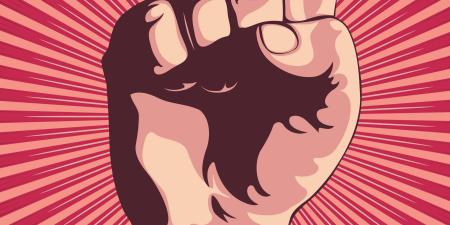