The invention of the birth control pill was a significant milestone in the women’s rights movement. Since then, other long-acting, reversible contraceptives (LARCs) have been developed for women, and women now have a total of 11 methods to choose from, including barrier methods, hormonal methods, and LARCs [1]. In contrast, men only have 2 options—male condom and vasectomy—and neither are hormonal methods or LARCs. The disparity between the number and types of female and male LARCs is problematic for at least two reasons: first, because it forces women to assume most of the financial, health-related, and other burdens of contraception, and, second, because men’s reproductive autonomy is diminished by ceding major responsibility for contraception to women. A more just contraceptive arrangement can only be achieved through the development of male LARCs and reconceptualizing the responsibility for contraception as shared between men and women [2].

In addition to being more expensive, female methods have more serious side effects than male methods, as well, in part because various contraceptive methods for women involve hormones, while no methods for men do [6]. The most common reason women discontinue contraceptive use is unwanted side effects [7, 8], and most forms of contraception have discontinuation rates approaching 50 percent after 1 year of use [9]. Finally, the two available male forms of contraception, condoms and vasectomy, also carry fewer health risks than their corresponding female methods, female barrier contraceptives and tubal ligation [10].

Beyond the health-related and financial considerations, there are also nontrivial inconveniences and burdens associated with contraceptive use: dedicating time and energy to contraception care (e.g., doctor visits), acquiring the knowledge about contraception and reproduction needed to effectively prevent pregnancy (e.g. knowing which medications can interfere with the effectiveness of contraception), dealing with the medicalization of one’s reproductive health, undergoing invasive procedures by physicians (e.g., pelvic exam) and by contraceptives (e.g., IUDs, Norplant), feeling stress and anxiety about the possibility of unintended pregnancy, and facing the social repercussions of contraceptive decisions and the possible moral reproach for contraceptive failures.

While not being responsible for some or all of these burdens is a significant boon for men, at the same time, men’s reproductive autonomy is inhibited by the dearth of male contraceptives, especially LARCs. Given the condom’s high failure rate of 16 percent during typical use, men who want to maintain the possibility of having biological children are not able to regulate their reproduction as effectively as women are—many female LARCs have failure rates under 3 percent [11]. The lack of effective and reversible options for men forces many men to rely on their partners for contraception. Men have to trust that their partners are correctly and consistently using contraception. Regardless of the circumstances under which pregnancies occur, men are still held socially and financially responsible for any children they father.

Why Are There So Few Male LARCS?

Historically, contraceptive use was tied to the actual sex act, and for this reason men had to participate in it (for example, by using a condom or withdrawing). Additionally, men were generally involved in decisions about and use of contraception because of their traditional role as heads of their households [12]. Well before the invention of the birth control pill, contraceptive use began to shift from a shared (or even male-dominated) responsibility to a woman’s responsibility. Due to the Comstock Law of 1873, an anti-obscenity act that explicitly includes contraceptives as obscene material and prohibits their distribution via mail or interstate commerce, women had trouble acquiring contraceptives because clinics and private doctors were often not very convenient, discreet, or affordable.

Seeing an opportunity to make a lot of money (and they did—in 1938 alone, they earned $250 million), the contraceptive industry began a campaign to encourage women to use their “feminine hygiene” products [13]. These new alignments between women and contraception responsibility and between contraception and private companies paved the way for the success of the pill—whose overnight popularity reinforced women’s role as contraceptive consumers. The association of contraception with women led researchers to focus almost exclusively on women-only methods. Indeed, scientists did not begin researching new types of male contraceptives until the 1970s, 50 years after they first started researching “modern” female contraceptives [14].

The immense and rapid popularity of the pill as well as the subsequent focus of contraceptive research and development on female methods led to a shift in ideology: women became the locus of responsibility for contraception. After the invention of female LARCs, “men, no longer required to use condoms or to practice withdrawal, were essentially absolved from contraceptive decisions. Consequently, both researchers and service providers have focused almost exclusively on women” [15].

Another reason there are no male LARCs is the dominant perceptions that men do not think they should be responsible for contraception and are not interested in using it—therefore there is no market for the product. Yet empirical evidence often suggests otherwise. For example, one study revealed that more than 70 percent of men think men should take more responsibility for contraception [8]. Furthermore, there is evidence that men are not only interested in using current male contraceptives [16, 17], but also that between 44 and 83 percent of men would use hormonal methods [18-20].

There is also a perception that women will not trust men to use contraception. Many mainstream news articles assert this by claiming that most women’s response to male contraceptives would be something like, “Are you kidding? I can’t even trust him to take out the garbage!” [21]. In contrast, academic studies show that women in committed relationships would trust their male partners to use new contraceptives [8, 19, 20]. Furthermore, while they may not be a representative sample, it seems safe to assume that women who have agreed to join clinical trials for male contraceptives, knowing it meant they could not use any other forms of contraception, trusted their partner to use the new contraceptives [22]. And many couples already rely on male contraception, which presumably means these women trust their male partners to use it [10, 23]. This disconnect between mass media stories and empirical studies can be explained by distinguishing between trust for individuals and trust for groups [24]: “On the whole many women have rather cynical views of men in general which do not reflect their views of individual men—especially their partner” [18].

Some claim men are less motivated to use contraception because pregnancy entails fewer consequences for them than for women [25, 26]. Besides the fact that it is women who actually carry a child, though, the main reason a pregnancy is thought to have more long-term consequences for women is that women are assumed to be the primary caretakers of children. This assumption is based on socially constructed gender roles. If men were expected to be the primary caretakers of children (or at least to equally share the role of primary caretaker with women), then pregnancy would also carry significant consequences for them. Today men are more actively involved in childrearing than previous decades; for example, 71 percent of children under 6 eat dinner with their fathers every day [27], 15 percent of single parents are men, and 154,000 men in the U.S. are stay-at-home dads [28]. This increased involvement shows that pregnancy does indeed have significant consequences for men—a good reason for men to want more control over their reproductive autonomy.

There is no question that, due to contraceptive advances, the contraception situation women in the U.S. face today is vastly better than it was 60 years ago. That said, however, the current contraceptive situation is still unjust. Women bear the majority of contraception responsibility and the burdens it entails while men have limited reproductive autonomy. In a way, the current contraception arrangement is more problematic than the previous one because its injustices are often hidden, or at least sidelined, by the dominant rhetoric of women’s empowerment and equality. This dominant rhetoric sends the message that women should be content and grateful for the current situation, thus marginalizing and even silencing any complaints or suggestions for improvements.

As a matter of social justice, we should move toward shared contraception responsibility. In order to do this, we need to devote more resources to developing male LARCs. However, developing male LARCs is not enough: without any changes in dominant gender norms for contraception responsibility, it seems unlikely men will use contraception at the same rates women do. As epitomized by the case of sterilization, the mere existence of a particular technology is not enough to change our current contraceptive arrangement. Although surgical sterilization is available for both women and men, tubal ligation is nearly three times more common in the United States than vasectomy, and this trend is repeated worldwide. The differing rates cannot be attributed to availability of technology, nor to the procedures themselves—vasectomies are quicker, easier, safer, and cheaper than tubal ligations. The alignment of femininity with responsibility for contraception, and with reproduction more broadly, mostly explains why tubal ligation is far more popular [29, 30].

In short, we need both a change in technology—the development of male LARCs—and a change in ideology—the belief that both women and men should be responsible for contraception—to achieve the more just contraceptive arrangement. 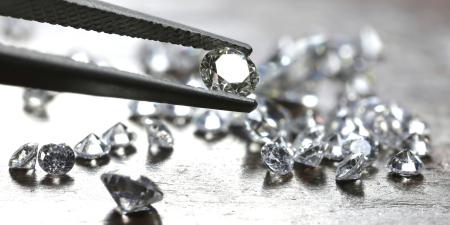