This review focuses on burn care in low- and middle-income countries (LMICs). It attempts to put the burden of disease in perspective by showing that burn care is under-resourced across the spectrum of LMICs and by interrogating the ethical dilemmas and challenges that staff face in caring for burn patients in this environment, with a focus on South Africa. More specifically, it will attempt to address the following issues: the threshold for utilizing the intensive care unit (ICU), how to balance treatment against cost, the percentage burn considered survivable and how it should be determined, the use of skin from both cadavers and living related donors, and the appropriate ethical guidelines for LMICs.

The Lancet Commission on Global Surgery has highlighted the fact that the vast majority of surgical care is delivered and consumed in high-income countries, yet about two-thirds of the burden of surgical disease is in low- and middle-income countries (LMICs) where resources available to address this disease burden are inadequate.1 A number of diseases have been highlighted as being major contributors to the burden of surgical disease, one of which is burns and thermal injury.1 According to the World Health Organization (WHO), an estimated 180 000 deaths annually are related to burn injury.2 Burns are among the leading causes of lost disability-adjusted life years (DALYs) in LMICs. The rate of child burn deaths is 2.5 per 100 000 across 103 countries, with Sub-Saharan Africa having the highest rate (4.5 per 100 000).3 This paper focuses on ethical dilemmas arising in the management of burn injuries in LMICs in general and in South Africa in particular.

After two decades of democracy, health care in South Africa remains fragmented along social class lines and for a number of historical and contemporary political reasons is under-resourced at multiple levels. This challenging setting raises ethical dilemmas for burn surgeons who practice in South Africa, which will be discussed in the following sections. The overall ethical themes that arise in burn care management in an environment like South Africa are those of social justice and access to care. Issues related to respect for autonomy, beneficence, and nonmaleficence are usually a consequence of issues related to access to resources.

There is an opportunity cost involved in the use of any resource. Resources are finite, and physicians caring for burn patients have an obligation only to use these resources appropriately, in a way that is beneficial to both the patient and the society. This obligation is not exclusive to the management of burn injuries. Twenty-five years ago, Sir David Carter wrote an eloquent editorial on this topic as it pertained to acute severe pancreatitis,4 in which he discusses attempts to weigh the value of the life of an individual and the cost of saving that individual’s life; physicians are asked to try to ascertain exactly how to strike this balance. Acute pancreatitis, like burn injury, is a disease that can consume scarce resources but provide only marginal benefit to both patient and society.

An attempt to find this balance is demonstrated in a study of burn cases conducted at our institution in South Africa,5 in which the second author (NA) and the fifth author (DC) reviewed the utility of so-called mortality predictive scores in our setting. Demographic data, burn details, and final outcome (i.e., whether the patient lived or died) were used in statistical analyses. Four mortality predictive scores were calculated for each patient using Modified Baux, Coste et al., Belgian Outcome of Burn Injury (BOBI), and Abbreviated Burn Severity Index (ABSI) scores. These four scoring models were developed to assist with difficult decisions regarding futility of treatment for patients with large burns, but all had been developed in high-income countries (HICs) and been shown to be sensitive and specific in terms of predicting death in patients from HICs.6-9 Each score used clinical data to predict a so-called “break point” at which 90% or more of patients can be expected to die. The break points for each score in our institution were calculated using combinations of factors such as age, total body surface area burn (TBSA), presence of inhalation injury, and depth of burn, depending on which score was used. These break points were much lower than the break points identified in the literature. In other words, in our LMIC environment, a significant number of fatalities occur in patients with potentially salvageable burns had they occurred in a HIC. This left us with a dilemma. If we merely adopted these scoring models and replaced the break points in the literature with our own break points for predicting mortality, we would merely be normalizing deviance. Furthermore, if we accept that our patients will die with a much smaller TBSA than patients in a HIC center, then we would risk creating a self-fulfilling prophesy by using our own break points. Although we thus could not use these scoring models to predict mortality, we now use our break points to identify patients who are at risk for unexpected and potentially preventable death in our setting, allowing us to institute more aggressive interventions to prevent this outcome.10

The context, however, often influences the ethical dilemma. For example, in the busy winter months when 2 or 3 children with burns between 25% and 40% TBSA are admitted each week, resources are rapidly consumed. This circumstance might impact decision making regarding an adult male with a 50% TBSA burn who is admitted during this busy period. A 50% TBSA burn in our unit falls in the Lethal Area 50 Index (LA50) associated with 50% mortality. So the adult patient admitted during the busy winter months creates a major ethical dilemma. He has a potentially survivable burn if managed aggressively. Yet, if this patient’s care is prioritized, the 3 children with smaller burns who have also been admitted during this period might well receive a lesser degree of care. Denying the adult patient the appropriate resources results in a self-fulfilling prophesy in terms of his outcome. However, if the same patient presented during the summer months, his major injury would be prioritized and receive the appropriate resources.

A 2013 review of intensive care unit (ICU) resources in South Africa found that only 25% of all ICU beds were in the public sector, and only 23% of hospitals in the public sector had an ICU facility.11 The most important consideration when it comes to admitting a burn patient to the ICU in a government-funded hospital is whether the patient can be expected to survive to leave hospital. With such limited resources, it is unreasonable to allocate finite and consumable resources to a patient with no real prognosis. Once allocated to a particular patient, those resources are immediately denied to another patient. The patient most likely to qualify for ICU admission is one with a defined, easily reversible problem. One such problem is facial burns in which acute swelling results in a compromised airway. Intubation for 24 to 48 hours is usually sufficient for the swelling to resolve and for the patient to be extubated. Children who require ventilation are also candidates for the ICU. Once again, the caveat is that the burn must be thought to be survivable before the intensivist will consider admitting the patient.

In April 2016, the first skin bank in South Africa was opened in Pretoria at the Centre for Tissue Engineering.12 Nevertheless, the availability of cadaveric skin remains restricted. There is little information in the public sphere about tissue donation, and organ retrieval systems remain inadequate to identify all potential organ donors in the country. The indication for using allografts (ie, skin from a genetically nonidentical person) is massive TBSA burns when insufficient donor sites in burn patients are available. Allograft is used as a temporizing measure until the donor sites have healed and skin can once again be harvested from these sites.13 The only center in South Africa to have much experience with the use of cadaveric skin to temporize large burns is the Red Cross War Memorial Children’s Hospital in Cape Town. The availability of deceased donor allograft skin has been internationally proven to decrease mortality and morbidity in burn victims.13

Skin from living related donors is not typically used due to risk to the living donor as well as logistical issues and limited theater time, although at our center we had one such case, which raised significant ethical concerns. We admitted a 6-week-old child with 30% full-thickness burns. Excision and harvesting would have resulted in too great a physiological derangement, but excision without coverage was also not acceptable. After ethical consideration by the multidisciplinary team and extensive discussion with the mother, who was HIV positive, we performed a mother-to-child skin graft after excision under the cover of prophylactic antiretrovirals. Due to the small size of the child, only a 5% donor site was harvested from the mother. The child did well with subsequent autografting and has remained HIV negative up to one-year postprocedure. Although living skin donation poses risks to the living donor and logistical issues, it can be lifesaving, particularly for smaller children. It would be more practical to direct efforts towards increasing skin donation after death and creating a sustainable supply of allograft skin for major burn patients.

Inequality is a reality in terms of access to resources. The utilitarian approach to ethics aims to choose the path that increases the happiness or well-being of as many people as possible. This is a controversial approach, because it denies a minority their happiness or well-being in order to increase the happiness or well-being of the majority. However, when it comes to the allocation of scarce resources, physicians frequently find themselves making just such decisions. Who is most likely to benefit from these scarce resources is the question that must be answered. Working in a LMIC setting creates a number of ethical challenges for physicians working with burn patients, as the availability of resources directly impacts outcome and survival following a burn. It is important not to allow a creeping sense of fatalism to lead one into an acceptance of “second best” and “good enough,” which can become a self-fulfilling prophecy.

What Is a Life Worth? 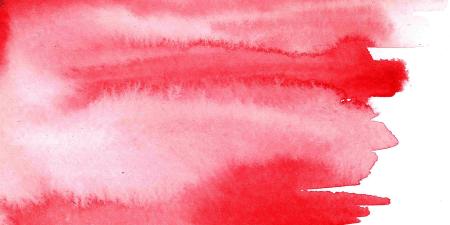 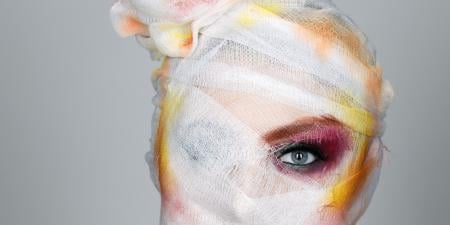 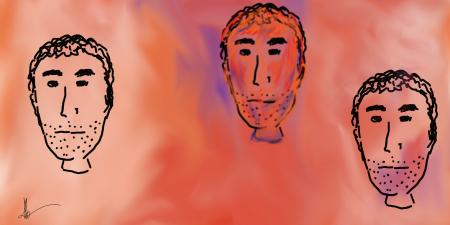 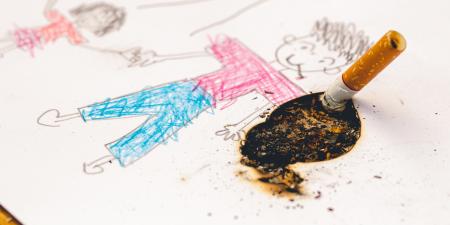 A Model to Improve Detection of Nonaccidental Pediatric Burns