For many people, physicians included, the US Food and Drug Administration (FDA) seems like a black box. We know that the FDA regulates the obvious—food and drugs—but not much else. As a medical student, I certainly used to share this sentiment. I had no idea how the drugs I would one day be prescribing to patients were determined to be safe and effective. We simply write off determination of drug safety and efficacy as “the FDA’s job,” and all a good doctor has to be concerned with is complying with the FDA’s final recommendations regarding prescribing, dosing, and monitoring the side effects of drugs.

On the contrary, it’s not actually that hard to find out what goes on there. The FDA has tremendous outreach capability and a plethora of available resources on its website designed to assist physicians not only with food-and drug-related questions, but also with resources connected to cosmetics, medical devices, vaccines, tobacco, and even veterinary treatments. Exploring the website can give physicians some means by which to better understand what goes on behind the scenes in drug development. Doing so will also enable them to promote the safe use of available drugs and devices through training regarding certain medications, frequently updated safety information, and the latest science news.

I was an intern with the FDA’s Professional Affairs and Stakeholder Engagement (PASE) staff, which assists in the important expanded access/compassionate use process. The FDA’s website explains that the expanded access program “provides a pathway for patients to gain access to investigational drugs, biologics, and medical devices for serious conditions” [1]. For some patients, access to drugs not yet approved for the general market can be life-saving.

The expanded access process has been a topic of ongoing legislative debate. In 1987 and 1997 [2], respectively, the FDA made investigational drugs available through compassionate use processes and specified the situations in which it would allow expanded access. In 2009 [3], the FDA revised the Code of Federal Regulations again in order to raise awareness and knowledge about expanded access. In May of 2015 [4], the 21st Century Cures Act, which in part seeks to establish conditions for drug manufacturers to develop and publicize official policies on expanded access, was brought to Congress. In July 2015, it was overwhelmingly approved in the House [5], and now it is being deliberated in the Senate.

The expanded access process is designed to help those who have no other therapeutic alternative. The patient must have a condition that is serious or immediately life-threatening for which there are no available therapies. These situations are evaluated by a physician; if the physician knows of an investigational drug he or she is willing to try with the patient, he or she will complete a two-step application for expanded access. The first step, applying to the FDA, requires a surprisingly small amount of paperwork, the instructions for which can be found on the FDA’s website [6]. The FDA must reply to the request within 30 days, or even less, depending on the severity of the situation.

The FDA actually approved more than 99 percent of the requests for expanded access received during the 2010 to 2014 fiscal years [7]. However, the second step is applying for approval from the drug manufacturer itself, and this is where many requests are thwarted.

Subtitle E of the 21st Century Cures Act [4], “Expediting Patient Access,” would require that drug manufacturers and distributors make publicly available all of the following information within 60 days of the bill passing into law:

The bill does not, however, require that drug companies provide access to investigational drugs. This loophole raises unresolved practical and ethical questions regarding expanded access. While the bill would help expedite access to information from the FDA and the manufacturers, it does not actually promote access to the experimental agents. If patients can get information, but aren’t actually likely to get the drug from manufacturers, an open ethical question remains: should such legislation really be promoted as helpful to patients?

There are several legitimate reasons why it may not be possible for a manufacturer to provide the drug:

Unfortunately, the opportunity for patients to try these investigational drugs happens infrequently, for the reasons listed above.

Every so often we see a heartwarming story about a new investigational drug being given to a patient and prolonging his or her life. The case of Sarah Broom, for instance, was covered in the New York Times in 2013 [9]. Broom had advanced lung cancer and had run out of treatment options, so she pled with Novartis for access to a compound that she had heard about from an oncologist. After Novartis denied the request, Broom decided to appeal to the humanistic side of the company’s executives and sent a package of letters written by her young children asking to let their mother try the drug. She was finally granted access, and the drug gave her an additional year of life with her children and family before she ultimately died.

For patients who have been denied expanded access, the next best step they and their families can take is getting involved with their disease advocacy groups. Advocacy groups are instrumental in raising awareness about a disease and raising funds to further scientific research. One example would be the Amyotrophic Lateral Sclerosis (ALS) Foundation’s Ice Bucket challenge that saturated social media for several months in 2014. How many more people are aware of ALS today because of that social media campaign? About 17 million people uploaded videos in which they dumped ice water on themselves to raise awareness for ALS, and these videos were watched by 440 million people [10]. From August through September 2014, the ALS Foundation raised $115 million dollars [11]. As demonstrated by the ALS Foundation, we must not only continue to work together as a community to find the ethical and humanitarian balance of support for medical science for future patients, but also spread compassion for today’s patients who have run out of options. 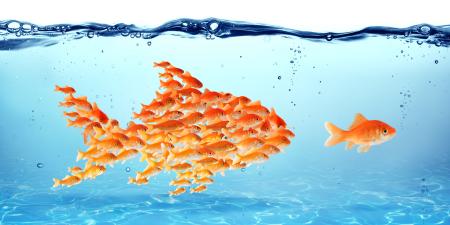 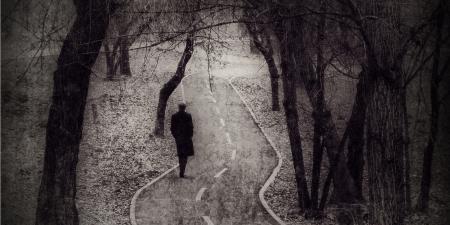