Of all the forms of inequality, injustice in health care is the most shocking and inhuman. – Rev. Dr. Martin Luther King Jr. (1966)

At first glance, it appears bleak and desperate. North Lawndale of Chicago possesses all the problems of an inner city neighborhood—inadequate and dilapidated housing, abandoned storefronts, vacant, weed-clogged lots, high unemployment, violent crime, and widespread poverty. In the 1950s, its black population grew as the flight of the white population began and the industrial base eroded. By 1960, 91 percent of its population was black.1 Dr. Martin Luther King, Jr., who believed that North Lawndale epitomized the plight of urban America, moved into a tenement here to highlight segregation and impoverished living conditions in his campaign against slums in 1966. Then in 1968, race riots, sparked by Dr. King's assassination, set businesses ablaze and further devastated the economy.2 Today, just under half of North Lawndale's population still lives below the poverty line.3

But look closer and you will find churches and faith-based social service organizations dotted along the streets in North Lawndale. Churches, traditionally at the heart of a black community, provide support, relief, and an anchor through turbulent times; and it was one such church that formed the Lawndale Christian Health Center (LCHC), an establishment housed in a large white building that has never been marred by the faintest trace of graffiti. LCHC is the realization of faith-inspired strength and hope for a community of survivors.

Role of Faith in Establishing the Health Center

This health center's story began a little over 25 years ago, when a young white man named Wayne Gordon became assistant football coach at Farragut High School and moved to North Lawndale to break down racial barriers and spread the gospel. With several of his high school students, he formed the Lawndale Community Church.4 His wife had been a college roommate of the wife of a medical student, a coincidence that would prove to be meaningful and significant to their lives and to the community of North Lawndale. The medical student, Art Jones, would later form the Lawndale Christian Health Center. The couples became friends and Wayne soon asked Art for assistance in establishing the church. At that time, Jones believed that becoming involved presented an opportunity to prepare for his future plans of traveling overseas on faith-based missions. So despite the rigorous demands of being a third-year medical student at the University of Illinois at Chicago and rotating through a surgery clerkship at Cook County Hospital, Jones agreed to lend a hand; he had no intention of staying.

One day, Reverend Gordon asked his congregation to list the needs of the community. "He got a blackboard out and said we need to do more than just preach on Sunday morning, we need to meet the needs of the neighborhood and express our faith through meeting those needs," Jones recalled in a recent interview.5 The first item on the list was a secure place to do laundry because the laundromats were overrun with gang activity. So the Lawndale Community Church set up a laundromat in its own basement with donated equipment. The second item on the blackboard was affordable health care. All eyes turned to Art Jones, the young medical student. It was a moment that transformed his life.

Dr. Jones was aware of the problems caused from the lack of primary care in the neighborhood. "At that time, the county [health] system was such that if you were uninsured and poor and you got sick, you went to the county's ER, but the waiting time to get into the general medical clinic if you weren't already part of the system was 6 months. So once they diagnosed your heart failure or diabetes or whatever, you literally had a 6-month wait."5

After much reflection and praying for guidance, Jones and his wife decided to stay and moved to North Lawndale. Jones worked with a group of people from the church and several other churches in the community to establish the health center over the next 6 years. At the same time, he went on to the University of Chicago, completed his residency in internal medicine, and then continued on for a cardiology fellowship.

With an 8-year grant from the Robert Wood Johnson Foundation, and matching dollars from Chicago foundations such as MacArthur and Amoco, the health center received funding of around $100,000 a year. With an additional grant from the Chicago Community Trust and help from Christian contractors and neighborhood volunteers, the Lawndale Christian Health Center finally opened in a rehabilitated former Cadillac dealership in September 1984.

Role of Faith in Patient Care

If you walk into the Lawndale Christian Health Center as a patient, its differences from nonreligious community health clinics do not strike you immediately—until you receive the patient questionnaire that asks whether you go to church, and, if so, where and how often. This is for the purpose of recording patient demographics.

LCHC mainly serves the neighborhoods of North and South Lawndale, which differ considerably in their demographic makeup. While North Lawndale is 93 percent African American [3], South Lawndale's population is 83 percent Hispanic and 12.9 percent black.6 Representative patients from North Lawndale are single moms, and the problems of obesity and diabetes prevail, along with substance abuse and HIV/AIDS. Patients from South Lawndale generally face a different set of health concerns. South Lawndale, often called Little Village, is Chicago's largest Mexican neighborhood and essentially serves as an entryway for Mexican-American immigrants to the Midwest.7 Physicians frequently treat depression and anxiety in the community's first generation women. "That's a big part of what they [physicians] see—somatic complaints related to suddenly being in a totally different culture, and then also just having left their support structure, family or friends in Mexico,"5 Jones says.

Whatever the illness, faith plays a role in its treatment through the health center's holistic approach of meeting the patients' spiritual, emotional, and physical needs. "Ultimately," Jones expresses, "we believe a healthy person is somebody who is physically healthy, emotionally healthy, and also spiritually healthy."5

Patients from the health center can be referred to the Lawndale Community Church's residential program called the Hope House that helps adult men successfully reenter society after prison or substance abuse.8 Or they can enroll in the employment training or youth education programs offered at the Lawndale Christian Development Corporation. The development corporation also purchases abandoned houses in North Lawndale, renovates them, and makes them available to low-income families through no-security, low -interest loans.9 This organization and the Lawndale Christian Health Center both grew out of the Lawndale Community Church, because the congregation recognized that the health problems in North Lawndale are entrenched in poverty.

"When a mom comes in and she says, 'I have a headache,' instead of just writing a prescription for Tylenol or Motrin, you could say, 'what's causing the headaches?' 'Well, my kids are being recruited by the gangs.' How do you deal with that? Most medical practices cannot address this. Here you can get them into church programs and activities that give the kids an alternative to the gangs. You can get them into relationships with other people who have been in that same situation and have dealt with it successfully," Jones said.5 Finally, Jones and the other physicians at the health center also act as the initial link for patients to receive more in-depth spiritual and emotional support from the pastoral staff at the health center.

In accord with its holistic approach, the health center formed a sexual abstinence program that is true to its faith. But it also provides contraceptive services to teenagers who choose to be sexually active. Jones explains, "The abstinence program is to really work with kids who then turn around and work with other kids to promote the idea that it [abstinence] is an acceptable thing to do because too often, it's not acceptable to be sexually abstinent." LCHC does not refer for abortions or perform them, but does offer counseling for those who seek it.

While the Lawndale Community Church's strong presence in the community contributed to Lawndale Christian Health Center's tremendous success, Art Jones's personal involvement in the church formed deeper ties to the neighborhood and helped gain the trust of his patients. Faith plays a consistent and key role in Jones's individual relationships with his patients. Their trust allows them to reveal troubles and circumstances that may have contributed to their illness, and this information often leads to prayer. "After I've taken care of them for a long time, they know where I stand as far as my faith. You'll start to get into what they are struggling with and we'll talk about issues of faith. We'll pray together if that's what they want to do."5

Most importantly, faith gives Jones strength to endure and persist through the difficulties and hardships he faces at the health center. "There are frustrating times, there are disappointing times, there are setbacks. I don't want to act like it's all a bed of roses, but when something difficult happens, you've got to say, 'why am I here?' and if faith is driving you, that's going to sustain you through those difficult times. So if I didn't have my faith, I wouldn't be here—I can tell you for sure."5

Faith, the foundation of the Lawndale Christian Health Center, plays a continuing role in the challenges that the Lawndale Christian Health Center will face in obtaining funding. In the early days when the Robert Wood Johnson Foundation grant came to an end, the center encountered the daunting task of seeking a different source of financial support. Its faith, however, sustained hope and the conviction that it would survive. Then a series of events occurred unexpectedly. A community health clinic in the north of Chicago, was accused of fraud and forced to shut down. That clinic had received federal dollars that were now offered to the Lawndale Christian Health Center. LCHC accepted the proposal, but only on the condition that it could continue its affiliation with the church and maintain its identity. The federal government agreed and recognized it as a Federally Qualified Health Center, and the health center received section 330 funding that enabled it to expand.

Now, both government and private donors support the center, which has become one of the largest providers of health care for the whole area. Funding shortages plague the health center, however, in its need to serve the ever-growing population of those who require its services. In the last few years, the number of uninsured has skyrocketed. The health center will provide approximately 100 000 medical visits through its 3 locations this year, but the volume continues to rise with the uninsured becoming a larger portion of the patient population. But clearly, what started for faith reasons serves a growing medical need, and, as the health center faces future difficulties, its faith will sustain it as it had in the past.

Spirituality, Prayer, and Medicine: What Is the Fuss Really About? 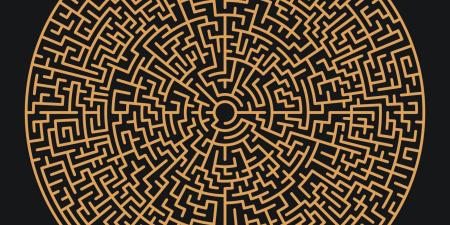