The idea that prayer can affect living organisms is an ancient belief spanning ideology, religion, culture, and race. As anthropologist Stephan A. Schwartz states, "The shamanic cave art of Altamira, Tres Freres, and Lascaux presents compelling testimony that our genetic forebears had a complex view of spiritual and physical renewal, one that has survived to the present unchanged in at least one fundamental respect. The intent to heal, either oneself or another, whether expressed as God, a force, an energy, or one of many gods, has consistently been believed to be capable of producing a therapeutic result" [1].

For at least 50,000 years, shamans and healers have believed that it is their duty to engage the spiritual beliefs of sick persons in the task of restoring health. This fact alonethe enduring centrality of spiritual interventions in the healer's repertoireshould make us modern physicians pause before rejecting this form of therapy.

What is spirituality? I consider it a felt sense of connectedness with "something higher," a presence that transcends the individual sense of self. I distinguish spirituality from religion, which is a codified system of beliefs, practices, and behaviors that usually take place in a community of like-minded believers. Religion may or may not include a sense of the spiritual, and spiritual individuals may or may not be religious. I regard prayer as communication with the Absolute, however named, no matter what form this communication may take. Prayer may or may not be addressed to a Supreme Being. Buddhism, for instance, is not a theistic religion, yet prayer, addressed to the universe, is a vital part of the Buddhist tradition.

Even if prayer connects us with the Absolute, does it work in an empirical sense? Rudolf Otto, the eminent theologian and scholar of comparative religions, asserted that it is "a fundamental conviction of all religions" that "the holy" intervenes "actively in the phenomenal world" [2]. This is an empirical claim, and science is the most widely accepted method of adjudicating such claims. The earliest modern attempt to test prayer's efficacy was Sir Francis Galton's innovative but flawed survey in 1872 [3]. The field languished until the 1960s, when several researchers began clinical and laboratory studies designed to answer 2 fundamental questions: (1) Do the prayerful, compassionate, healing intentions of humans affect biological functions in remote individuals who may be unaware of these efforts? And (2) can these effects be demonstrated in nonhuman processes, such as microbial growth, specific biochemical reactions, or the function of inanimate objects?

What has been accomplished? In a 2003 analysis, Jonas and Crawford found "over 2,200 published reports, including books, articles, dissertations, abstracts and other writings on spiritual healing, energy medicine, and mental intention effects. This included 122 laboratory studies, 80 randomized controlled trials, 128 summaries or reviews, 95 reports of observational studies and nonrandomized trials, 271 descriptive studies, case reports, and surveys, 1286 other writings including opinions, claims, anecdotes, letters to editors, commentaries, critiques and meeting reports, and 259 selected books" [4].

How good are the clinical and laboratory studies? Using strict CONSORT criteria, Jonas and Crawford gave an "A," the highest possible grade, to studies involving the effects of intentions on inanimate objects such as sophisticated random number generators [4]. They gave a "B" to the intercessory prayer studies involving humans, as well as to laboratory experiments involving nonhumans such as plants, cells, and animals. Religion-and-health studies, which assess the impact of religious behaviors such as church attendance on health, were graded "D," because nearly all of them are observational studies, with no high-quality randomized controlled trials.

The depth and breadth of healing research remains little known among health care professionals, including many of those who have offered critiques and analyses of it. Unfortunately, these critiques are almost never comprehensive, but rely on philosophical and theological propositions about whether remote healing and prayer ought to work or not, and whether prayer experiments are heretical or blasphemous [6, 7]. Are these studies legitimate? Should they be done? Dossey and Hufford recently examined this question, and critiqued the 20 most common criticisms directed toward this field [8].

It is true that healing research is immature, and anyone hoping to find perfect studies will have to go elsewhere. Yet, this field has already matured greatly and can be expected to continue doing so.

Why do these studies evoke such sharp criticism? It is an article of faith in most scientific circles that human consciousness is derived from the brain, and that its effects are confined to the brain and body of an individual. Accordingly, it is widely assumed that conscious intentions cannot act remotely in space and time. The above healing studies call this assumption into questionand this challenge, I suspect, underlies much of the visceral response this field evokes.

Are prayer-and-healing studies blasphemous? These experiments are not an attempt to prove or test God, as many critics charge; and, as far as I know, they never involve an attempt to advance anyone's personal religious agenda. Above all, these studies are explorations of the nature of consciousness. In view of our appalling ignorance on this subject, it would seem prudent that these investigations go forward, for they might fill in some of the massive blank spots on the current scientific map.

Another frequent criticism of these studies is that they are so theoretically implausible that they should not be done. In other words, they radically violate the accepted canons of science and the known laws of consciousness, and this places them so completely off the scientific map that they do not deserve consideration. Yet, there are no inviolable laws of consciousness. As Sir John Maddox, the former editor of Nature, has said, "What consciousness consists of...is...a puzzle. Despite the marvelous successes of neuroscience in the past century,...we seem as far from understanding cognitive process as we were a century ago" [11]. These studies violate not laws of consciousness, but, it often seems, deep-seated, largely unconscious prejudices.

Another common criticism is that these studies are metaphysical; they invoke a transcendent agency or higher power, which places them outside the domain of empirical science. This is a straw-man argument, because researchers in this field make no assertions about entelechies, gods, or metaphysical agents in interpreting their findings. They are searching for correlations between intentions and observable effects in the world. Nearly always they defer on the question of mechanism, which is an accepted strategy within science. Harris et al, for example, in their 1999 study of prayer in patients with coronary heart disease, concluded, "We have not proven that God answers prayers or even that God exists.... All we have observed is that when individuals outside the hospital speak (or think) the first names of hospitalized patients with an attitude of prayer, the latter appear to have a 'better' CCU experience" [12, 13].

Should physicians concern themselves with the spiritual lives of their patients? Should they pray for them? These questions are unanswerable without first becoming aware of the data in this field. What are the correlations between prayer and other religious behaviors, and health and longevity? What is the effect size? What about risk, cost, availability, and patient acceptance? If penicillin instead of prayer were being considered, we would not answer the question of use before asking key questions such as these.

Even if it is conceded that prayer and religious behaviors affect health outcomes positively, what then? Should physicians become involved with spirituality? I believe we can decide these questions by means similar to those we have used to approach other sensitive issues in the past. For example, not long ago many physicians believed they should not query patients about their sex lives. Doing so was too personal and disrespectful of privacy. Then the epidemic of sexually transmitted diseases and AIDS arose, and overnight physicians began to see the issue differently. As a result, most physicians have learned to inquire about their patients' sexual behaviors with respect and sensitivity. Inquiries into peoples' spiritual and religious practices can be done with comparable delicacy. Codes of ethics and conduct already exist among hospital chaplains that prohibit evangelization, heavy-handedness, and crass intrusiveness, and similar guidelines can help physicians navigate this territory. Indeed, this is already taking place, as medical students around the country are learning to take spiritual histories from patients in ways that honor privacy and personal choice [14, 15]. Moreover, consultation is always an option, and physicians can refer patients who voice spiritual concerns to a religious professional. That said, physicians who are not comfortable with spiritual inquiry may sit on the sidelines.

No one expects physicians to be as expert as clergy in these matters, but that does not mean we cannot develop a basic level of expertise. We teach laypersons basic CPR without expecting them to be cardiologists or heart surgeons; just so, physicians can learn the rudiments of spiritual inquiry without becoming as skilled as clergy or hospital chaplains.

This area can also be viewed as a matter of public education. Physicians routinely convey to patients the facts surrounding smoking, the use of seat belts, and protected sex. They can also matter-of-factly deliver information about the latest findings on spirituality and health, and encourage patients to make their own choices in these matters.

Sensitivity and delicacy are eminently achievable if physicians remain patient-centered. An internist friend of mine became interested in the prayer-and-healing studies, and eventually decided that he had an obligation to pray for his patients. He developed a 3-sentence handout that his receptionist gave to each patient as they entered the waiting room. It simply said, "I have reviewed the evidence surrounding prayer and health, and I believe that prayer might be of benefit to you. As your physician, I choose to pray for you. However, if you are uncomfortable with this, sign this sheet below, return it to the receptionist, and I will not add you to my prayer list." Over many years, no one signed the sheet.

Researchers are currently exploring hypotheses from several areas of science that are cordial to the remote effects of prayer and intentionality [16, 17]. As a theoretical framework gradually emerges, spirituality and the remote effects of healing will begin to seem less foreign, and future physicians may well wonder why we experienced such indigestion over these issues.

The game is early; this field of research hardly existed a few years ago. It took the British Navy around 200 years to require the use of citrus fruit in preventing scurvy aboard its ships, in spite of overwhelming evidence of its effectiveness. The idea that a mere teaspoonful of lime juice a day could prevent such a lethal disease was considered lunacy: theoretical implausibility writ large.

Where spirituality is concerned, let us hope we won't be as obstinate [18]. 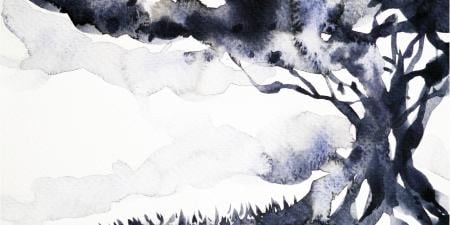 Case and Commentary
May 2005

Case and Commentary
May 2005 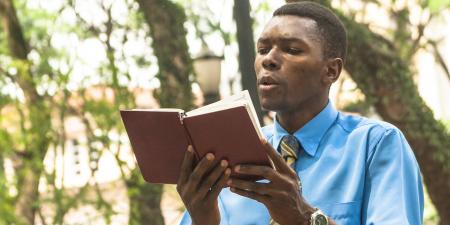 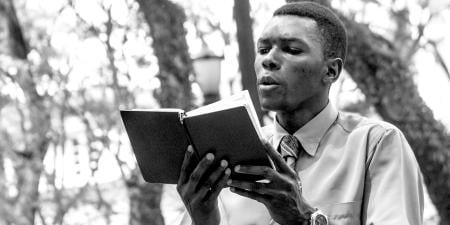