In this age of globalization and multiculturalism, how cultural differences should be respected and addressed poses a persistent challenge for health care practitioners as well as for society at large. In medical education, the question has long since shifted from whether or not cultural differences on illness, health, and healing should be a part of curriculum to how these differences can best be taught. But the existence, sociohistorical roots, moral meanings, and political implications of cultural differences are rarely as straightforward as they appear. As a result, empirically dubious statements, ethically problematic judgments, and practically contentious proposals can become entangled in thinking about and dealing with cultural differences in health care, as they can in wider sociopolitical domains.

Dichotomizing constitutes one of the most dominant and pervasive approaches to perceiving, defining, and presenting cultural differences, especially when comparing Western and non-Western cultures. Among the widely-circulated sets of oppositions are:

Dichotomization offers neat characterizations of different cultures and appears to respect differences. It has much to do with a good-faith attempt to understand the people, practices, and values of other cultures or societies. Nevertheless, this deep-seated and still popular approach is actually a major obstacle to adequately appreciating cultural differences. Rather than enlightening us about the differences between cultural practices and norms, the dichotomizing approach often merely reinforces a variety of stereotypes—explicit or implicit, good or bad—that exist in the public mind and academic circles. Rather than promoting the intended cross-cultural understanding and dialogue, it often helps to fortify the invisible old “walls” between cultures and even creates new ones.

In the following, I will use the issue of medical truth telling about terminal illness in the Chinese cultural context as a way to illustrate briefly not only the speciousness of dichotomizing cultures but also the elements of a way to move beyond it [1].

Medical professionals’ open and honest disclosure to patients about their medical conditions, including the diagnosis and prognosis of terminal illness, has now become standard practice in most Western societies. Yet, according to an Italian physician who has written extensively on cultural differences regarding truth telling in the past two decades, variety in truth-telling practices in medicine remains throughout the world [2]. While practices and attitudes have shifted toward truth telling and disclosure of diagnosis to cancer patients, partial and full nondisclosure can still be found in many cultures that grant primacy to family and community values [3].

In sharp contrast to the West, as widely acknowledged within and outside, medical professionals in China (including Hong Kong and Taiwan) routinely withhold information about terminal illness from patients, usually inform family members only, and sometimes along with relatives even lie to patients. Based on the usual assumptions about China and the West, Chinese and non-Chinese commentators alike have presented a clear-cut cultural dichotomy between China and the West regarding the communication of a dire prognosis—a crude opposition between nondisclosure or indirect disclosure and direct disclosure. In this image, medical truth telling about terminal illness has been assumed to be unknown in the Middle Kingdom until recently.

The cultural differences at stake here are far more complex and rich, however, and thus far more intriguing and fascinating than anything implied by this crude dualistic schema. Using extensive primary historical materials in China, including the biographies of ancient medical sages and famous physicians from various dynasties, a long, although forgotten, Chinese tradition of truth telling about terminal illness that dates back at least twenty-six centuries can be recovered [4]. The traditional practice in Chinese culture and medical ethics was, in fact, for physicians to disclose diagnoses and prognoses of terminal illness truthfully and directly to patients. Important ethical rationales for doing so were offered or presumed. The Confucian moral outlook mandates truthfulness as a basic ethical principle and a cardinal social virtue that physicians ought to take as their guiding star [4, 5].

This long Chinese tradition is especially remarkable when compared to the situation in the West, where concealing the truth about terminal illness was the cultural norm historically and clearly stipulated in both ancient medical texts (including the Hippocratic writings) and modern professional codes of medicine (such as the internationally influential 1847 Code of Medical Ethics of the American Medical Association)—and where direct disclosure did not become the standard procedure until the 1960s and 1970s, or even later [6]. Interestingly and somewhat ironically, the contemporary mainstream Chinese practice of nondisclosure is not as culturally authentic as it appears; its origin and development might be closely connected with the then-dominant Western norm of concealment.

Also, the wide Western acceptance of generalizations about concealing or even deceiving the patient as the representative Chinese feature on the diagnosis and prognosis of terminal illness might arise from such deeply rooted stereotypes as the “untruthfulness of the Oriental mind”—designations that were in wide circulation in the West not so long ago [4].

Sociologically, numerous surveys conducted throughout mainland China, like others in Hong Kong and Taiwan, demonstrate that the great majority of Chinese patients want truthful information about their medical condition, even in terminal cases [5, 7-10]. Moreover, the great majority of medical professionals and their family members would themselves prefer to know the medical truth when they were asked to imagine that they were patients [5, 11]. A shift from current practice of avoiding direct disclosure toward honest and direct disclosure by physicians is now occurring in China, a change that is not so much an aping of Western (and thus foreign) ways as it is a return to a long-neglected indigenous Chinese tradition.

These findings provide compelling evidence that contrasting medical truth telling in China and the West in the conventional dichotomized terms—nondisclosure or indirect disclosure vs. direct disclosure—is descriptively wrong. This leads to an erroneous normative conclusion if, based on the apparent cultural difference, one argues that medical truth telling ought not to be practiced in China or with Chinese patients because it is culturally alien to China.

My intention here is not to discuss the historical, sociological, and ethical issues surrounding medical truth telling in China in detail (for such a discussion, see 4, 5). Rather, my point is about the misfortunes brought about by the age-old and still dominant habit of dichotomizing cultures. Too often, as the passage above has shown, this habit grossly distorts the historical and sociocultural realities in both China and the West (and especially in China) and oversimplifies both. Moreover, it obscures the real ethical predicaments at stake; deprives the cultures concerned of openness to new possibilities; and, finally and most dangerously, promotes defeatist beliefs about the inevitability of cultural clashes and the impossibility of creative cross-cultural dialogue.

Dichotomizing cultures is fallacious on a purely empirical level because it assumes fundamentally (or at least largely) single, unified, homogenous Chinese or Western cultures. As a result, it downplays, if not totally ignores, the great internal plurality within every culture. Moreover, those who dichotomize deem the dominant practice or official position of a given culture on a particular issue to be the authentic representative of that culture. Other viewpoints, discourses, voices, especially dissident and marginalized ones, are generally dismissed as irrelevant or even outside the culture (e.g., “un-Chinese” in the context of China). Furthermore, dichotomizing cultures involves what has been called “false cultural essentialism.” It treats culture as an iron cage or entirely rigid structure when, in reality, culture is an open system, changeable and changing.

Describing culture as a closed system with fixed categories denies the openness of the culture concerned in a more serious sense; that is, it denies that culture constantly reforms itself not just by learning from foreign cultures but also by following moral imperatives. Hence, dichotomizing cultures is politically and normatively dangerous because it accepts as cultural norms, either tacitly or explicitly, some ethically problematic beliefs and practically contentious theses. This, in turn, diverts ethical examination from grappling with true moral dilemmas or difficulties to describing existing cultural practices. In other words, dichotomizing reinforces what can be called the tyranny of cultural practices over ethics, rather than upholding the primacy of morality.

Politically, dichotomization can create a significant barrier to cross-cultural understanding through the “assumption of radical differences” or the “assumption of incommensurability.” Cultural differences are often exaggerated to reject the existence of cross-cultural similarities and commonalities or shared humanity. Dichotomization advances the “self-defeating prophecy of the clash of cultures,” that is, a widespread belief that the clash, especially the violent clash, of the cultures of China and the West—or of different civilizations in general—is inevitable. The clash of cultures and civilizations, as has repeatedly occurred throughout history, is defined as a matter of our destiny, not human choice. But history has also taught us that, so long as we are willing, genuine dialogue between and among different cultures—like those that take place between diverse moral traditions and viewpoints within every culture—is not only necessary but also possible, however difficult its realization may be in practice.

It is, therefore, time to put to rest the dichotomous approach to thinking and presenting about East and West, about “them” and “us,” and about cultural differences in general, however deep-seated and apparently useful the habit of thought is. It is time at least to put those conventional dichotomies in the right perspectives. In order to adequately understand and address cultural differences, alternative ways have to be explored.

Originally trained in traditional Chinese medicine, I myself used to accept the dichotomization and its series of dualistic contrasts between Chinese and Western cultures, medicine included, without questioning their validity. I undertook in-depth investigations into medical ethics in China and Chinese people’s views and experiences of abortion with an explicit or implicit comparative approach. Through these research projects I realized how inadequate and misleading the dichotomizing schema is. As a result, I have put forward (and am still developing) an alternative, what has been called a “transcultural” or “interpretative” approach [12, 13]. The main features of this paradigm of cross-cultural ethics and comparative studies include resisting a variety of cultural stereotypes and stereotyping; highlighting the great internal plurality, richness, dynamism, and openness of medicine and morality in any culture; acknowledging cultural differences as well as common humanity; and searching for more appropriate methods of generating genuine and deep cross-cultural dialogue.

In contrary to the clear-cut crude opposition fostered by dichotomization, a transcultural or interpretative approach pays close attention to the complexity of cultural differences and some important common features, such as the wish of most patients in both China and the West to know the truth about their medical conditions. Either of the two practices—direct and open disclosure and nondisclosure or indirect disclosure—is as Chinese as the other one, just as each is as Western as the other.

On a practical level, following the conventional approach to dichotomizing cultures, Chinese patients would be simply pigeonholed into a ready-made cultural “label” or “category”: nondisclosure or indirect disclosure. But the transcultural or interpretative approach calls for medical professionals to carefully examine every individual case. Rather than just assuming China as the “radical other” of the West (and Chinese as the “radical others” of the Westerners) or stereotyping the needs of Chinese patients, the transcultural approach advocates individualized care for each patient, with family input on how medical information should be handled. And it contends that the mainstream practice in contemporary China, according to which crucial information has often been withheld from patients with terminal illness, needs to be reformed. 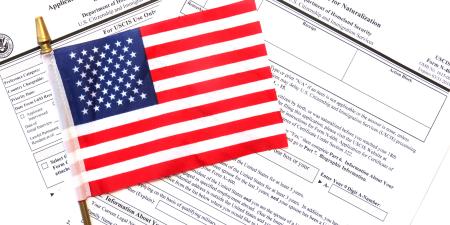 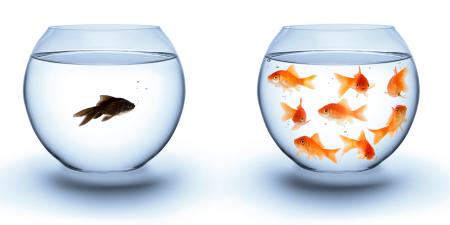