Federal drug regulation began early in the twentieth century with opiate regulation in the 1910s [3] and the 1919 Volstead Act (prohibition of alcohol) which remained in effect into the 1930s [4]. Passage of the most comprehensive federal drug law, the Controlled Substances Act, came in 1970, putting in place a single system for regulating psychotropic and narcotic drugs [5] and establishing the legal framework that secured the 1973 creation of the Drug Enforcement Administration (DEA) [6]. Today a sizeable government program with 5,000 special agents and a budget of $2.02 billion, the DEA is the primary agency charged with policing the issuance and dispensing of controlled substances, including prescription drugs [7].

Regulation enforcing the Controlled Substance Act further stipulates that there be a legitimate medical purpose for prescriptions, the practitioner must be acting in the usual course of practice, and that only a pharmacist can legitimately fill a prescription [9]. All prescriptions have to be signed and dated on the day of prescribing (which makes pre-signing blank prescription pads illegal) [9]. Practitioners can prescribe up to a 90-day supply of a controlled substance, but only with certain precautions (e.g., written instructions on the prescription about the earliest date on which it can be refilled) [10]. There are limits on the number of refills for certain classes, called schedules, of highly addictive substances like opioids [11]. There are additional regulations for e-prescriptions (online prescriptions) to minimize chance of fraud or abuse [12], and registrants have to notify the DEA, in writing, of any significant loss or theft of a controlled substance [13].

Penalties for violating various aspects of the law can include jail time, fines, and loss of DEA licensure (and thus loss of ability to prescribe some or all controlled substances). Physicians may lose their DEA registration if they lose their license to practice medicine in the state, and, moreover, the DEA itself can investigate, and participate in the arrest and prosecution of, physicians who violate controlled substance laws. Example cases can be found on the DEA web site [14].

The Food and Drug Administration (FDA) has also taken measures to address the growing problem of prescription drug abuse. The Food and Drug Administration Amendments Act of 2007 granted the agency the authority to require companies to develop a risk evaluations and mitigation strategy (REMS) when the potential risks of a drug outweigh the benefits [15]. Extended-release or long-acting opioids currently have a REMS to manage the risk of accidental or intentional misuse and the risks to patients who are prescribed these drugs but do not need them. The strategy mainly requires sponsors of opioids to foot the bill for educating prescribers and patients on the risk of opioid mismanagement and proper prescribing, storage, and disposal practices [15]. At the same time, the FDA will monitor patient access to these drugs to ensure that patients receive proper pain management (and that the REMS does not dampen proper prescribing of controlled substances) [15].

President Obama has been active on this issue, launching an ongoing campaign to combat prescription drug abuse [1]. In addition to calling for a REMS for opioids, the campaign promotes youth and parent education, encourages research on patterns of abuse and successful abuse deterrents, increases tracking and monitoring of controlled substances, supports better resources for proper medication disposal, and provides increased resources to law enforcement to target improper prescribing practices and pill mills (clinics and physicians that prescribe controlled substances irresponsibly) [1].

Most recently, the Senate Finance Committee has begun investigating medical groups, physicians, and bioethicists who have advocated for increased use of narcotic and opioid painkillers to determine whether they received compensation or had inappropriate ties with drug manufacturers like Purdue Pharma and Johnson & Johnson [16].

Like the federal government, states have increased regulation of prescription drug use and abuse since the 1970s, and legislation in this area continues to develop.

Most states have general prohibitions against the obtaining of drugs through fraud, deceit, or misrepresentation that date back as far as the Uniform Narcotic Drug Act of 1932 and the Controlled Substances Act of 1970 [17]. These are broad prohibitions intended to cover a range of bad actors—patients, physicians, or persons selling drugs for profit [17]. In addition to bans and penalties for fraud, at least 43 states have prescription drug monitoring programs (PDMPs), most funded by the federal government’s Department of Justice, that monitor who is writing and filling prescriptions in an effort to flag fraudulent activity [18]. There are also wide-ranging regulations that attempt to put legal limits on the amount of controlled substance prescribed, dispensed, or refilled. Examples include limits on number of refills, limits on the quantity of pills dispersed in one refill, limits on how long after a drug has been prescribed it can filled, and limits on the types of personnel who can dispense certain quantities of drugs [19].

Some state laws target abuse and diversion by restricting behaviors like intentionally withholding information from physicians and doctor shopping, in which patients seek prescriptions from different clinicians [17]. Some states require that patients show an ID to fill prescriptions [20]. A small number of states (Alaska, Maryland, New Mexico, and Washington) have some sort of immunity from prosecution or reduced sentencing for people who seek emergency help for an overdose (either for themselves or for another) [21].

Other laws apply specifically to physicians. A large majority of states require physicians to conduct a physical exam, take a patient history, or both to ensure medical need before prescribing controlled substances [22]. Some states require physicians to use tamper-resistant prescription pads with features like watermarks, serial numbers or logos, or chemically resistant paper that make it more difficult to forge or falsify prescriptions [23]. And some states, like Florida, Louisiana, and Texas, create special rules and burdens for pain clinics that may include special registration, state inspections and investigations of complaints, and requirement that the pain clinic be owned and operated by a practitioner certified in pain management who does not have a record of felonies or disciplinary action for improper prescribing [24].

State medical boards also play a key role with physician behavior. The Federation of State Medical Boards’ model policy to guide state medical boards in their review of physicians’ pain management practices recommends: proper medical evaluation of a patient including a history and physical; a written treatment plan that clearly states the objectives of treatment; a discussion of the risks and benefits of treatment with the patient, including patient responsibilities like urine drug screening, reasons why therapy might be discontinued, and limits on refills; periodic review of efficacy and consideration of other treatment modalities; clear documentation in medical records; and compliance with applicable state and federal law [25].

Regulations at the state level change frequently, and more bills are continuously being introduced to target this epidemic. A review of latest developments can be found at the National Conference of State Legislatures web site [26]. 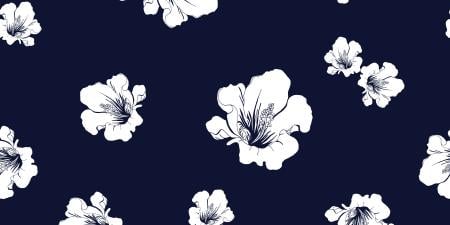