Now that the U.S. military’s “Don’t Ask, Don’t Tell” policy is set for repeal, a great deal of research has been dedicated to the inclusion of gay, lesbian, and bisexual soldiers in the military, carefully exploring the possible effects on unit cohesion, morale, and security, and the experiences of allied countries, many of which have made transitions to more inclusive policies in recent years [1]. Less discussion has been devoted to the experience of health care professionals functioning under the current system or the changes they may face in a transition to “open service.”

Service Restrictions Based on Sexual Orientation

To understand the implications of such a policy change, it is imperative to examine the current system. While the contributions of gay soldiers have been recorded in our history as far back as the Revolutionary and Civil Wars, the U.S. military first officially prohibited their participation in 1919 [2]. In the 1940s, psychiatry considered homosexuality to be a marker of mental instability or an illness in its own right, and a screening process was developed to filter out recruits with “homosexual proclivities” [2, 3]. In 1982, a Department of Defense Directive explicitly stated that:

Homosexuality is incompatible with military service. The presence in the military environment of persons who engage in homosexual conduct or who, by their statements, demonstrate a propensity to engage in homosexual conduct, seriously impairs the accomplishment of the military mission. The presence of such members adversely affects the ability of the Military Services to maintain discipline, good order, and morale; to foster mutual trust and confidence among servicemembers, to ensure the integrity of the system of rank and command; to facilitate assignment and worldwide deployment of servicemembers who frequently must live and work under close conditions affording minimal privacy: to recruit and retain members of the Military Services; to maintain the public acceptability of military service; and to prevent breaches of security [4].

With the advent of the gay rights movement, the past decades have seen a policy shift in many countries, including our own. In 1993, the policy change that came to be known as “Don’t Ask, Don’t Tell” (DADT) upheld the legitimacy of the presence of gays in the military and allowed them to serve, as long as they remained closeted. The regulation, actually the Military Personnel Eligibility Act of 1993, prohibited asking prospective inductees or members about their sexual orientation [5]. More recently, President Obama campaigned under the promise to remove any obstacle to open service of gay and bisexual personnel, and the American Medical Association has recently voiced its support for the effort [6].

While there have always been gay men, lesbians, and bisexual people in the military, they were often victims of abuse and intimidation with little recourse. Traditionally, military policy has been strongly influenced by a number of assumptions about gay people. They were believed to be inherently unstable, it was felt that their presence would cause a crisis of morale and cohesion within the ranks, and they were portrayed as security risks because of their supposed vulnerability to seduction or blackmail [7]—the same arguments that were made against the integration of African Americans and women into the military [8]. Exclusionary policies were relaxed during wartime, when need for recruits was greater, and homosexuals were summarily discharged, or “separated,” in military terms, once they were no longer needed [9]. While DADT was theoretically a gesture of recognition of the legitimacy of the presence of gay men, lesbians, and bisexual people in the military, the threat of expulsion still looms large, and the number of discharges for homosexuality actually increased in the wake of DADT [10].

Repeal alone will not necessarily bring full equality either. While social science teaches that contact between two groups—in this case hetero- and homosexual soldiers—can reduce hostilities between them, it is only possible when the groups have equal standing [11]. Studies show that in countries with “open service” militaries, relatively few servicemembers choose to reveal their sexual orientation and prefer instead to serve in a discreet, if not closeted, manner. The same is true for analogous domestic institutions, such as police and fire departments [12-14]. This reluctance to serve openly is indicative of the pervasive heterosexism which—as evidenced by the controversy about the wording and assumptions of the Pentagon’s repeal-related survey of troops [15, 16]—is likely to persist in the American military despite the reversal of DADT.

Effects on Military Medicine and its Practitioners

Discriminatory policies against gay, lesbian, and bisexual servicemembers have long challenged the trust and confidentiality components of the patient-physician relationship. From the early days of psychiatric screening, confessions of homosexual orientation to a physician would be used in separation proceedings to discharge gay soldiers [17]. Given the homosexuality taboo, medical professionals can hardly perform the outreach and screening necessary to protect the health of closeted individuals. Because HIV seropositivity is also a reason for separation from the military, servicemembers who may be at risk receive neither the preventive care they require, nor proper health maintenance. Lesbian, gay, and bisexual soldiers have been known to seek medical attention outside the military community in an effort to maintain privacy [18]. It is logical to suspect that many more forgo medical attention altogether. In the words of one physician, current policy “ensures inadequate health care with a delay in diagnosis, treatment and preventative counseling” [19]. Only within recent months has the military, in the spirit of “fairer handling,” decreed that information given to medical professionals in confidence may not be used for the purpose of discharge [20]. Implicit in this reversal is the acknowledgment that military policy has up to now infringed on a central tenet of medical professionalism: patient confidentiality.

The medical community has been complicit in this breach of ethics. The fiduciary relationship of physician to patient charges the former with a responsibility to advocate, even when it is uncomfortable or inconvenient, for the best patient health care possible. Upholding a policy that discourages lesbian, gay, and bisexual patients from seeking care due to the threat of loss of employment and social stigma is an affront to the primacy of dedication to the patient’s best interest, as outlined in the American Medical Association’s “Principles of Medical Ethics” [21] and the “Physician Charter” created by American and European internists’ organizations. The charter emphasizes that patient welfare is to be protected despite forces to the contrary, including administrative pressures. Both documents espouse the principle of social justice, enjoining physicians to eliminate discrimination within the health care system, and promote a commitment to patient confidentiality [22]. It is clear that the military medical community has failed gay, lesbian, and bisexual patients in fundamental ways. With the repeal of discriminatory military policy, opportunities arise to redress these wrongs.

Under a full repeal of DADT, military physicians will have to make profound changes in their approach to patients. They must be open to patients coming out to them as gay or lesbian, including closeted individuals with whom they may already have an established relationship. They should not only accept such revelations without judgment, but must invite these confidences, as physicians are meant to do. Some health care workers, however, may be unaccustomed to asking patients about sexual behavior in a manner that is sensitive to different sexual orientations. Medical education, especially in the training of military physicians, must be adapted at all levels to facilitate this transition.

The particular medical concerns facing the members of the military who are gay, lesbian, and bisexual, including those related to sexual and mental health, will certainly need to be addressed. Civilian public health initiatives have struggled to reach individuals who engage in sex with same-sex partners, but are reluctant to identify themselves as gay or bisexual, and this is likely to be especially true in the military [23]. As discussed above, the larger questions of institutional heterosexism and internalized homophobia manifest themselves in particular ways for those servicemembers, and those responsible for their health must be sensitive to pressures faced by their patients.

Gay, lesbian, and bisexual patients will need assurance that their doctors, once executors of a discriminatory policy, are now allies and committed to their particular health care needs; LGBT physicians may take a leading role in this transition. The change in official AMA policy [23]—notably, 20 years after similar declarations by comparable organizations such as the American Psychiatric Association—may be a harbinger of a new era in the medical community, one which finally embraces the primacy of patient welfare and social justice for all patients. 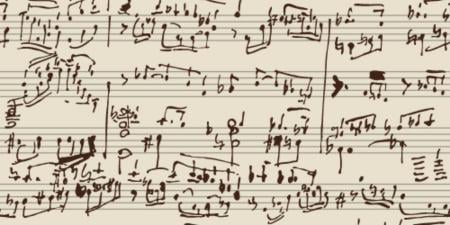 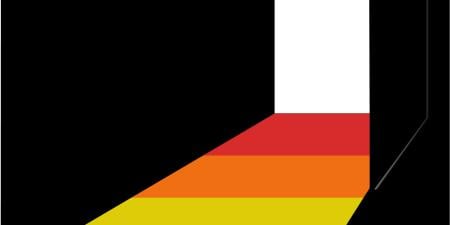