Health equity in the United States requires elimination of differentials in access to health services according to race, ethnicity, sex, gender identity, comorbidity, or ability. To achieve health equity, governments can use a variety of tools, including civil rights legislation and constitutional jurisprudence. In the United States, 2 such examples are the Fourteenth Amendment to the Constitution’s Equal Protection clause and Title VI of the Civil Rights Act. While both have the capacity to reduce health disparities, in practice, neither has achieved its full potential because of how the judicial branch has interpreted and allowed these 2 laws to be enforced. How courts adjudicate health-related cases, especially those in which civil rights or other human rights legislation are at stake, is key to the successful promotion of legislative and jurisprudential approaches to motivating health equity and realizing justice for all.

What Is Health Equity?

Health equity has been widely defined as an “absence of socially unjust or unfair health disparities.”1 Equity is different than equality. While both equity and equality focus on notions of fairness, equality emphasizes giving people “the same resources or opportunities” while equity “recognizes that each person has different circumstances and allocates the exact resources and opportunities needed to reach an equal outcome.”2 Health equity in particular “focuses attention on the distribution of resources and other processes that drive a particular kind of health inequality.”1 Health equity is important because health is fundamental to the human experience. As Amartya Sen explains: “health is among the most important conditions of human life and a critically significant constituent of human capabilities in which we have reason to value.”3  Complete health equity is a theoretical ideal; in reality, different nations and governing structures have differing success in achieving health equity. The United States, for example, has stark disparities in health and access to care compared to peer nations like Canada.4 Hence, the drive to effectuate health equity in American society is paramount and key to achieving a more just society, while it would also enhance the quality of human life and its essence.

Either by acting “as a provider or guarantor of human rights” or by implementing “policy frameworks that provide the basis for equitable health improvement,” governments can contribute to effectuating health equity.5 With respect to human rights, the United States has no formally codified right to health, nor does it participate in a human rights treaty that specifies a right to health. A prime example of such a treaty is the International Covenant on Economic, Social and Cultural Rights (ICESCR), which provides for a specific—though criticized as “vague” and “unrealistic”—right to health.6 The ICESCR has only been ratified and not signed by the United States, thus “making the treaty only morally rather than legally binding on the US.”6 However, as Paula Braveman et al have noted, the values underlying health equity are “rooted in deeply held American social values”7; hence there is scope for government action to effectuate health equity. The United States does have law in the domain of human rights. These laws—nominally known as civil rights—are, on the whole, designed to protect citizens from “discriminatory practices by governments and institutions” and also to “protect citizens from discriminatory practices by other citizens.”8 Indeed, Robert Hahn et al argue that civil rights laws are social determinants of health, as they “causally affect the societal distribution of resources that in turn affect disease, injury, and health.”8 While not as explicit as an international human rights treaty, both the Fourteenth Amendment of the Constitution and Title VI of the Civil Rights Act of 1964 offer examples of civil rights law that attempt to achieve more equitable outcomes in American society. What follows is an exploration of how effective these aspects of American civil rights law are in promoting health equity in America.

Fourteenth Amendment. The Fourteenth Amendment of the US Constitution is famously known for its Equal Protection clause, which states that “nor shall any state … deny to any person within its jurisdiction the equal protection of the laws.”9 With regard to implementing health equity, the Fourteenth Amendment seems a natural place in US law on which to focus. Indeed, “the equal protection clause is generally thought to require government to treat similarly circumstanced individuals in a similar manner.”10 However, there is a history of US courts (the US Supreme Court in particular) not applying a heightened level of scrutiny to equal protection claims regarding unequal access to health care, which has allowed for inequities to continue.10 Throughout its jurisprudential history, the “Supreme Court [has] interpreted the Fourteenth Amendment far more narrowly than many of its drafters intended, most notably by holding that it did not apply to discrimination by private actors.”11 Additionally, the Supreme Court required the “exceedingly difficult” burden that “for a litigant to prevail” in an Equal Protection case, the plaintiff “must prove that the government acted with a ‘discriminatory purpose’” and that simply demonstrating that a “policy or practice has a disparate impact on people of a particular race is not sufficient to prevail on an Equal Protection claim.”11 Because of the narrow and restrictive legacy of court interpretation, the Fourteenth Amendment has been weakened and has not operated as an effective tool to implement civil and human rights. Ultimately, success and actual progress in enforcing civil rights came when the Supreme Court “upheld the Civil Rights Act of 1964, although it relied on Congress’s authority under the Commerce Clause, and not the Fourteenth Amendment.”11

Title VI of the Civil Rights Act. Title VI of the Civil Rights Act “prohibits discrimination on the basis of race, color, or national origin by both public and private entities that receive federal financial assistance.”12 Yearby explains that the passage of Title VI was heralded with the promise “to eradicate racial bias against African Americans in healthcare and equalize access to health care in the United States.”13 Indeed, there is evidence that Title VI has had some impact on reducing health inequities, with one study showing that “between 1965 and 2002, approximately 38 600 Black infant deaths were prevented by implementation of Title VI.”8 However, there are limitations on Title VI’s effectiveness in eliminating disparities and achieving health equity. Fifty years after the passage of the Civil Rights Act, “hospitals and nursing homes continue to be racially separate and unequal, in part because the government has failed to enforce Title VI.”13 Additionally, Yearby and Mohapatra note that “because HHS [US Department of Health and Human Services] does not apply Title VI to healthcare providers, physicians are allowed to limit African Americans’ access to quality healthcare based on interpersonal racism.”14

The Fourteenth Amendment has been weakened and has not operated as an effective tool to implement civil and human rights.

Although the failure to enforce Title VI occurred across all levels of government, failures in the judicial branch are noteworthy. Legal scholar Dayna Matthew notes that the “Federal Courts have systematically eviscerated the protection against discrimination Title VI was intended to provide.”15 For example, in 2001, the Supreme Court16 “ended the ability of private individuals to sue to enforce Title VI disparate impact standards.”12 The ruling limited the power of Title VI regulations, as private individuals or entities could “no longer bring a private right of action” based on claims regarding disparate impact or discriminatory effect but can only now “bring suits for intentional discrimination under Title VI.”17 However, public entities may still bring such claims, as the ruling does not prevent the Office of Civil Rights from bringing discriminatory effects cases under Title VI regulations.16 Matthew explains that the Supreme Court’s “restrictive construction” of Title VI can be interpreted as the Court “stumped by the injustice of holding actors liable for discriminatory conduct they do not intend and cannot control,” that is, “courts may fear the ubiquity of unconscious biases could require limitless liability rules.”15 However, the “fear” of extending liability has resulted in the thwarting of Title VI’s power to effectuate health equity—and perhaps its original intent.

With regard to the jurisprudence of US civil rights laws—particularly the Fourteenth Amendment and Title VI of the Civil Rights Act—Flood and Gross argue that courts have an important role to play in implementing health equity by allowing a “properly framed right to health” to guide courts to better “scrutinize whether … [regressive health policy] decisions adhere to human rights standards.”18 However, as discussed earlier, courts may not always effectively play this role, thus leading to difficulties in implementing or promoting health equity via civil rights legal frameworks.

Alicia Yamin notes that variation in how effectively human rights are promoted is tied to “the purpose and function of courts, together with the design of the Constitution and legal system which play a role in how courts approach enforcing health and other … rights.”19 Thus, while legislative and constitutional tools of civil rights law already exist (eg, the US Constitution, the Civil Rights Act) to promote health equity, the judicial function of interpreting and promoting these tools varies. For example, courts often employ “judicial caution” that discourages the challenging of policies on human rights grounds, thereby leaving an absence of “critical scrutiny” of the “policy choices” relating to health equity.20 However, there are examples in which courts may more strongly promote health equity (eg some state court decisions have “describe[d] health care as a necessity of life that requires special sensitivity to its availability”10); hence courts can be part of the solution (and not necessarily an obstruction) to effectuating greater health equity and social justice. Yamin argues that recognizing the variation in courts’ responses is crucial to understanding how to “promote patterns of judicialization [patterns in courts’ decisions and reasoning] to best foster more social justice through legal enforceability of health and related rights.”19

Sen explains that “health equity [is] central to the understanding of social justice.”3 Braveman et al echo the notion that seeking justice is central to a desire to achieve health equity, explaining “that the heart of a commitment to addressing health disparities is a commitment to achieving a more just society.”7 In an effort to achieve a more just society, America has civil rights laws, such as the Fourteenth Amendment and Title VI of the Civil Rights Act. Both these laws have the potential to serve as powerful tools to achieve health equity and social justice. However, their scope and power have been limited by the judicial branch, with courts often allowing for more restrictive interpretations of the law and a narrower scope of their enforcement. In order to better achieve health equity and social justice in American society, attention must be paid to courts and their role in the process of effectuating health equity through law. Attention to courts is critical because, after analysis, patterns of court decision making might emerge that indicate that other solutions (outside of the judicial branch) are necessary to achieve health equity, such as possibly amending various civil rights laws15 to better achieve what some courts might not yet allow under current precedent and judicial interpretations. 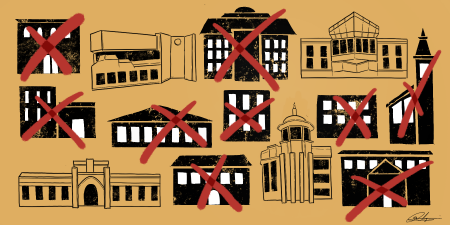 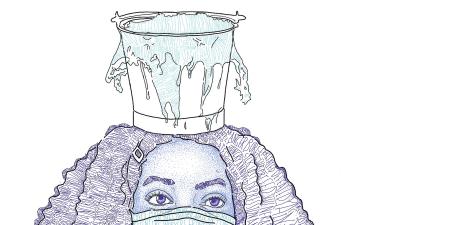 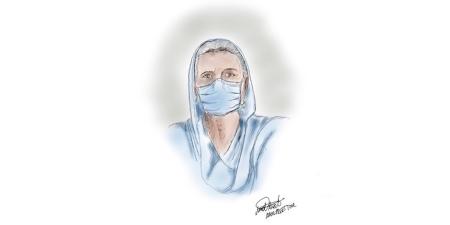