Although Afro-Latinos, or Black Hispanics, bear inequitable burden of disease risks, drivers of health inequity among members of this large Latino subgroup in the United States are understudied. This article proposes avenues for more rigorous research on how racial diversity within Latino populations is key to generating better understandings of mechanisms and causes of racial health inequity in US Latino communities.

Mr V and Mr R have known each other from childhood in Gaunabo, a seaside area of Havana, and emigrated from Cuba to pursue lives in the United States. Both men’s skin color influenced their ethno-racial identity formation and assimilation experiences over time. Mr V has light skin, self-identifies as White, resides in a suburban neighborhood, and draws steady income from a job that fuels his upward social mobility in the American middle class. Mr R has dark skin, self-identifies as Afro-Latino and Black, and lives in a community that he and his neighbors regard as a refuge from racial discrimination.1 Living with other Black community members has enabled his learning of a vocabulary that helps him forge meaning from painful, routine experiences of racial discrimination in the United States.

This story of divergence is not rare for Latinos. In a race-conscious society like the United States, racism and colorism2 have profound effects on Latinos’ life chances and health. This article discusses potential mechanisms and causes of health inequities within the US Latino population. Key to understanding experiences of discrimination and patterns of minoritization that arise within or between Latino communities, influence individual and community identify formation, and shape individual and community assimilation experiences is the distinction between first-person and third-person perceptions and identifications of membership in racial and ethnic groups. First, public health researchers use the terms Hispanics, Latinos/Latinas, and Latinx to refer to Spanish-speaking persons with Latin American and Caribbean origins. For the sake of consistency, this article uses the term Latinos to refer to individuals who, though viewed by some as a monolithic group in the United States, express heterogeneity (eg, in national origin, culture, history of Indigenous colonization or African enslavement, socioeconomic and immigration status, and length of US residence) that is important to recognize and fairly represent in Latino health discourse and research.2,3,4 Second, the terms race and ethnicity are not mutually exclusive and deserve clarification. Race is a social construction standardly used to categorize human beings according to phenotypic (ie, physically visible) characteristics (eg, skin color, facial features, hair color). Ethnicity is also a socially and anthropologically derived tool used to describe human beings’ cultures, values, and ways of living and making meaning.5

Despite growing recognition of racial and ethnic heterogeneity in US Latino populations, the health of Afro-Latinos, also known as Black-Latinos or Black-Hispanics, has been largely neglected in the public health and health equity literatures. Afro-Latinos are individuals of both Latin American origin and African ancestry, many of whom identify racially as Black and ethnically as Latino. As of 2020, the US census estimates that Latinos who identify as Black account for approximately 2% of the total US Latino population (or roughly 1.2 million persons).6 Dominicans, Puerto Ricans, and Cubans are more likely to identify as Black than other Latin American groups.7 These official estimates, however, might underestimate actual numbers of Afro-Latinos in the United States. Most Latinos, particularly Latino immigrants, reject racial categories used by the US Census Bureau.3,8,9,10 The Pew Research Center suggests that the actual number of Afro-Latinos could be higher than reported in surveys asking about race. Among 1520 Latino respondents, only 8% reported their race as Black, but 24% considered themselves to be Afro-Latino.11 This latter estimate closely reflects the proportion of Latinos who self-identify as Afro-Latino or who have African ancestry in Latin America (29%).11 We can surmise, based on the Pew survey and the US census,12 that there are more than 17 million Afro-Latinos residing in the United States. These numbers will rise as the overall Latino population continues to grow during ensuing decades. Thus, a single grouping of Latinos prevents us from understanding the health profile and risks of a large segment of the Latino population.

Overall, Latinos tend to have health outcomes that are better than those of their non-Latino White counterparts, despite having lower average income and education. This phenomenon is commonly known as the Hispanic paradox.4 However, this paradox does not apply to Afro-Latinos. Afro-Latinos have a shorter life expectancy than both their White Latino counterparts and non-Latino White Americans.13 Among Latinos, only White Latinos have a longer life expectancy than non-Latino White Americans.13 In fact, emerging research suggests that differences between Afro-Latinos and White Latinos with respect to life expectancy and health mirror those of non-Hispanic Black and non-Hispanic White Americans.3,4 Pregnant Afro-Latinas are at greater risk of experiencing preterm birth and having newborns that are of low birth weight and small for their gestational age compared to White Latinas.14 Afro-Latinos are also more likely to rate their health as fair or poor,15 have higher self-reported hypertension,16 and report higher levels of depressive symptoms17,18 than their White Latino counterparts, and Afro-Latino women have higher body mass index (BMI) than White Latinas.19 Nevertheless, there remains a paucity of research assessing racial inequities among Latinos across different dimensions of health. Despite extant but scarce evidence, we know even less about drivers of racialized health inequity among Latinos.

Borrell4 posits that in a society that stigmatizes and disadvantages dark skin, Afro-Latinos—depending on how they are categorized—are channeled towards or away from environments and circumstances that negatively influence life chances and health outcomes. These inequities are manifest at 3 levels of analysis: contextual, interpersonal, and individual. Significant research is needed at each level to elucidate the causes and consequences of racial health inequities among Latinos.

Differences between Afro-Latinos and White Latinos in life expectancy and health mirror those of non-Hispanic Black and non-Hispanic White Americans.

Contextual. Institutions and policies play a central role in maintaining racial health inequities through unequal distribution of resources, opportunities, and risks by race.20 For instance, racial segregation is a cornerstone of racial inequities in health. The physical separation of the races that was imposed by legislation and supported by the judicial system in decades past remains intact and imposes a disproportionate burden on Black Americans today—despite the legal ending of segregation in 1964.21 As such, Black Americans are more racially segregated than any other racial or ethnic group today and thus experience truncated socioeconomic mobility, stunted employment opportunities, poor quality education, and disproportionate exposure to environmental risks (eg, violence, toxins, and hazards).

In what is known as the weathering hypothesis, chronic exposure to social and economic adversities can lead to multisystem physiological dysregulation early in life and, in turn, increase the risk of multiple chronic conditions and premature mortality.22,23,24 As one example of socioeconomic adversity, Afro-Latinos are more likely to live in racially segregated Black neighborhoods with a higher share of poor residents and a lower share of homeowners than White Latinos.20,21,22 Recent research documents that homes owned by Afro-Latinos are valued lower than homes owned by White Latinos.22 Yet the effects of housing and other socioeconomic adversities on racial health inequities among Latinos remain markedly understudied. More research is needed to identify and quantify the specific structural indicators that contribute to racial health inequities. A greater understanding in this area could lead to comprehensive anti-Black racism policies that aim to improve population health for African Americans and Afro-Latinos.

Individual. There is a need for epidemiological studies to include more diverse samples of Latinos to better assess patterns of disease across racial groups. Previous studies have assessed a few health outcomes (eg, BMI,19 depression,17,18 and blood pressure16) in diverse samples of Latinos. Researchers should investigate a wider range of health outcomes, including preclinical indicators of disease and indicators of physiological functioning and aging. Furthermore, the meaning of and attitude toward race and racial categories vary by country of origin, nativity status, and level of acculturation. Epidemiological studies should consider using multidimensional race responses (eg, socially assigned race) and multiracial categories (eg, mestizo, mulatto, Afro-Latino) to improve our understanding of the sociocultural influence of race on health. Lastly, epidemiological studies might consider including skin color measures, as they help capture features of colorism that standard race and racism questions do not.

Since Afro-Latinos (and darker-skinned Latinos) have worse mental health and physical health outcomes than do White Latinos (and lighter-skinned Latinos),3,18,27 Latino health researchers and practitioners should study intraracial ethnic differences within Latino populations. While Afro-Latinos still share a culture with White Latinos, they experience unique adversities and challenges in the United States due to racial categorization and discrimination.4 Unfair treatment disproportionately affects non-Hispanic Black Americans and Afro-Latinos. Yet, despite the call to action by many Afro-Latino scholars,2,4,5,18 little has been done to better understand causes of racial inequities within the Latino population. There is urgent need to identify racial inequities across multiple dimensions of health, pinpoint root causes of inequities, and determine which social resources can help mitigate them. Achieving these goals requires understanding that racism and colorism affect a large segment of the Latino population.

Why Community Health Workers’ Roles in Latinx Communities Are Essential 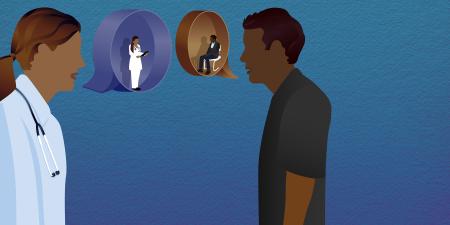 How Should Representation of Subjects With LEP Become More Equitable in Clinical Trials? 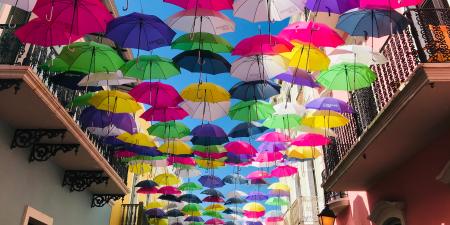 How Is Colonialism a Sociostructural Determinant of Health in Puerto Rico? 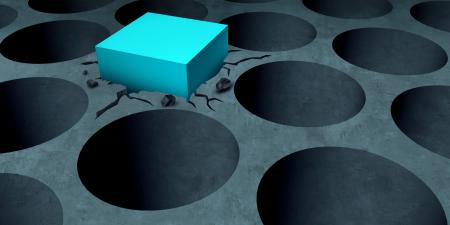 Language and Health (In)Equity in US Latinx Communities 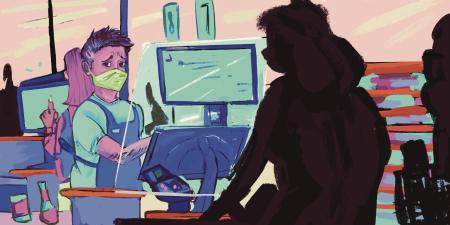