When I am sick I don’t feel “like myself.” I feel different; my body feels foreign to me; my normal life is invaded by a virus or disease that interrupts my daily routine; and there is a disillusioning disjunction between my mind and body. Illness simply makes me feel other than who I am. As Hans-Georg Gadamer suggests, illness “affects [one’s] life as a whole” and causes one to feel a disorienting “absence” within oneself [2].

Indeed, being sick or having a specific illness directly affects how we view and understand ourselves, how we interact with others, and how we engage with, and act in, the world around us. In “Illness as Unhomelike Being-in-the-World: Heidegger and the Phenomenology of Medicine,” Fredrik Svenaeus uses the philosophy of Martin Heidegger to establish a “phenomenology of illness” that works to understand illness, or “unhealth,” as a rupture in the meaningful organization, temporality, and narrative of one’s life [3].

Towards a Phenomenology of Illness

Svenaeus’s starting point is the phenomenological method used by Heidegger to establish an existential philosophy that centers on the nature and meaning of “being”—what it means to exist, how we create meaning, and how we exist as active, intentional agents in the world.

As Svenaeus explains, phenomenology can be understood “as the attempt to found a conceptual apparatus based on lived experience—the first-person perspective—in contrast to the theories and investigations of empirical science—the third-person perspective” [5]. Phenomenology is a method by which an individual engages with, interprets, and conceptualizes the world based on his own perspective and lived experience. It also represents an “attempt to spell out meaning structures that are common” to all beings [6].

What distinguishes phenomenology from traditional science is the “meaningof experience”:

Science, a human activity that strives to solve puzzles and produce results, is no doubt meaningful, but the manner of explanation particular to science, with its focus on causal relations in nature, is only indirectly tied to the everyday world [7].

In contrast, phenomenology is a human activity that is directly tied to an individual’s everyday world—“the phenomenologist wants to begin with the relationship between subject and object, in the patterns of meaning that bind them together and make the object appear to the subject in a certain way” [4]. And while illness has been—and continues to be—rigorously studied from the perspective of science and organized medicine, Svenaeus believes it is also important to analyze illness phenomenologically in order to understand how it affects and fundamentally alters a subject’s perception and understanding of herself and her engagement with the world, i.e., her “being-in-the world” [4].

In setting up his phenomenological understanding of illness Svenaeus first establishes the metaphor of being healthy as     a state of homelike being-in-the-world. In this way, “health is a non-apparent attunement, a rhythmic, balancing mood that supports our understanding in a homelike way without calling for our attention” [11]. In other words, and as one of Svenaeus’s commentators, Rolf Ahlzen notes, “being at home…is compared with being healthy” [12]. In this sense the state of being healthy represents a neutral state or the status quo—it is the normal state of affairs for my being-in-the-world: “The phenomenology of homelikeness is supposed to catch the character of the normal, unapparent, things-as-usual ways of everyday life” [13]. Things get interesting, however, when I become ill and my homelike being-in-the-world becomes compromised.

When I become sick the “unapparent, things-as-usual” character of my being-in-the-world fades away and, in its place, the “otherness” of my own body “comes to the fore” [13]. The illness that now affects me and overcomes my body corrodes how I see and understand myself and how I interact with others and the world around me—and this displaces me from the homelike being-in-the-world that I tend to take for granted. “In illness,” Svenaeus argues, “the body shows up as an alien being (being me, yet not me) and this obstruction attunes the entire being-in-the-world of the ill person in an unhomelike way” [13]. The shift from a homelike to an unhomelike being-in-the-world fundamentally ruptures the way I live in and experience the world: I see, hear, smell, and taste—and thus understand—objects differently; the ways I interact with others and act or behave in the world changes; and, of course, my perception and understanding of myself is distorted. Consequently, due to the unhomelikeness of my illness the meanings I ascribe to things—and myself—are radically altered (and not in an altogether positive way).

The Lived Experience of Illness

In his sympathetic analysis of Svenaeus’s phenomenology of illness, Rolf Ahlzen argues that Svenaeus’s theory “gives access to an epistemology within which certain of the riddles and enigmas of clinical everyday life are better understood and handled” [14]. In a clinical world where doctors’ objective scientific analyses and diagnoses often eclipse or ignore a patient’s subjective experience and struggle with illness, and how the illness completely transforms being-in-the-world (i.e., the core of a person’s existence), Svenaeus’s theory restores an essential first-person perspective regarding the lived experience of illness. It also, as Ahlzen suggests, “complement[s] the predominantly scientific modes of understanding ill persons” [14].

The stories patients tell about how disease or illness change them and make them feel other than who they really are are invaluable; they indicate what an illness means to a patient and how an illness alters “the lived body in its being-in-the-world” [15]. When we are beset by an illness, our bodies are out of synch with the world around us as we struggle to make sense of the objects and events that now seem alien to us, and as we seem alien to ourselves.

Of course, it is difficult to imagine that health care professionals will engage with their patients in a discourse about illness as an unhomelike being-in the-world. We consult our doctors for expert medical advice, not phenomenological analysis. But perhaps a wide gulf ought not separate empirical science and research from phenomenological reflection and analysis. Not only do such methods complement each other, as Ahlzen suggests, but together they provide a holistic view of how illnesses affect us physiologically and psychically—both as an object of medical science and as an existential subject of lived experience.

While a phenomenological analysis of illness—of understanding illness as unhomelike being-in-the-world—will never treat an illness or cure a disease, it can help us better understand how illness disrupts “the lived body and the way it inhabits the world” [16]. It also goes a long way toward suggesting how we might rebuild our homelike being-in-the-world and live a meaningful life, despite our “dual citizenship” in the “kingdom of the well” and the “kingdom of the sick.”

How to Counter Fake Health Information 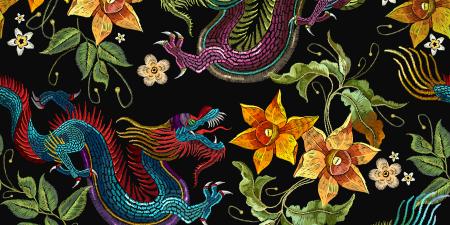