Methods: The authors analyzed an interview with the artist, photographs of portraits published in a local newspaper, and quotations from portrait sitters.

Results: Shared stories of lead exposure and poisoning conveyed in the portraiture and printmaking processes revealed structural racism as an emergent theme.

Conclusions: Arts-based research methods, such as portraiture, can be scaled and applied to support national and international community engagement efforts to advocate for environmental justice and public health.

Since 2003, Omaha, Nebraska, has had a designated superfund site, the Omaha Lead Superfund Site (OLS), encompassing 27 square miles radiating from downtown Omaha, where the surface soil is contaminated in concentrations that exceed 400 parts per million due to release of lead-containing particulates from the smokestacks of 2 former lead-processing facilities.9 In the 1990s, approximately 25% of children aged 0 to 72 months in Douglas County (which includes Omaha) were found to have elevated blood lead levels above 10 ųg/dL.9 In 1998, the Omaha City Council contacted the Environmental Protection Agency (EPA), which began an investigation in 1999.9 The EPA found that residential yards in eastern Omaha, including the historically redlined and segregated Black community of North Omaha, had high concentrations of lead due to historic industrial air emissions (see Figure 1), and, as a result, this area was designated the OLS.10 In 1999, the EPA began the process of lead remediation of sites in eastern Omaha,9,10 and, in May 2015, the EPA entered into an agreement with the City of Omaha to conduct soil sampling and cleanup at the remaining properties.9

Healthy Housing Omaha (HHO; formerly Omaha Healthy Kids Alliance), a nonprofit with the mission to improve children’s health through healthy homes,11 aims to raise awareness about environmental hazards in the home, such as lead.12,13 HHO engaged in a collaborative effort with the fourth author, artist Watie White, and the Omaha Star to put a human face on the devastating effects of lead through a project called LEAD Stories. White is a painter, printmaker, and public artist in Omaha. The Omaha Star, founded by civil rights activist Mildred Brown, has earned critical acclaim for its editorials sharing Black perspectives on local and national news.14 HHO leveraged the community-based participatory research approach15 to engage these partners and investigate community experiences of lead exposure throughout this project.

LEAD Stories is a collection of portraits sharing the stories of people in Omaha, Nebraska, regarding their experiences of lead poisoning. HHO and White identified potential participants, and actual participants recommended additional potential participants to expand the recruitment pool through snowballing.16 Individuals who identified as being affected by lead poisoning sat for a portrait; participants included caregivers of children who were poisoned by lead and the children themselves, adults living with the effects of lead poisoning, politicians legislating for policy changes to protect children from lead exposure, public health researchers studying the impact of lead exposure, and individuals who worked for the EPA or remediation services. Informed consent was obtained by all participants in this project; parents of child participants gave permission for their child’s participation, and children gave assent to participate. Appropriate safeguards were put in place to protect confidentiality.

White created 13 portraits of 15 participants through woodcut, a form of a relief printmaking (see Figure 2). To create the proofs, White (1) gathered primary narrative accounts by taking photos of and conducting interviews with individuals who identified as being affected by lead poisoning; (2) created a woodcut portrait of each individual based on the primary data, drawing out the portraits on plywood and carving out the recess areas intended to be white; (3) analyzed all data as an aesthetic whole to create proofs of what was carved, rolling black ink onto a plate and running this plate through a printing press to create a black-and-white mirror image of the wood cut; and (4) shared his findings through the Omaha Star.

Photographer: Watie White. Reproduced with permission of Watie White and the participant.

From December 2016 to December 2017, the Omaha Star published one scanned proof each month (eg, see Figure 3, Figure 4, and Figure 5). The newspaper was distributed to over 50 000 residents in the area of the OLS.

Reproduced with permission of Watie White and the participant.

Reproduced with permission of Watie White and the participants.

Reproduced with permission of Watie White and the participant.

Data collection. Public health researchers, including HHO staff, collected LEAD Stories portraits. The first author (R.E.I.) conducted an interview with White inquiring into the artistic process (from inception to exhibition) and the stories of each portrait participant, including participant background and other personal characteristics observed during the sitting. Data analyzed included photographs of 13 LEAD stories portraits, quotations from 14 LEAD Stories participants, and a 75-minute interview with White that was digitally recorded and transcribed verbatim.

Analysis. Content analysis of the data sources to identify an overarching emergent theme and triangulation to validate the theme was conducted by R.E.I. and the second and third authors (A.C.R., S.A.Q.). The authors coined the term proofing to describe their arts-based method of evidence collection, analysis, and dissemination as applied to this public health issue. Analogous to the artist’s process of creating proofs, proofing involves (1) gathering multiple narrative accounts of a public health issue (here, lead exposure or poisoning) through secondary artistic data (here, photographs of prints), (2) gathering primary data from the artist or researcher who documented this issue (here, by conducting an interview with White), (3) analyzing all data as an aesthetic whole (ie, using content analysis) to determine the root cause of the issue, and (4) sharing findings through relevant channels of communication. White and representatives of the HHO were consulted to confirm the accuracy of the results.

Analysis of the LEAD Stories artworks and the interview with White identified structural racism as a root cause of lead poisoning in Omaha. By sharing faces, names, and stories of people with real-life experience of lead exposure, White emphasized the history of racism that led to lead poisoning in Omaha’s Black community. White described LEAD Stories as “a commonsense … sort of approach.” The portrait proofs published in the Omaha Star help deduce “the human impact” of lead. White explained: “in order to be able to even start to have the conversation about something practical that you can do to make this situation better, you have to be able to prove that causation [that structural racism has led to lead poisoning and related health disparities].” He said he did “all the legwork to see it, to look for it, and to find it” as he gathered, scrutinized, and organized data in LEAD Stories. As White explained, “it’s like seeing … discrimination. Once you see it, you can’t not see it. Once you know it’s there, you can’t not know it’s there. But you live in a world where it’s invisible.” The creation and dissemination of the proofs in LEAD Stories made structural racism identifiable as the root cause of lead contamination and exposure in Omaha (see Table).

We found that LEAD Stories made visible the power differential in Omaha communities that magnifies the White community’s lack of awareness of lead’s presence and long-term health impacts. This project transformed disconnect, uncertainties, confusion, and apathy into relationships, clarity, assurance, and concern by providing multiple proofs of the environmental injustices of lead poisoning, which has been called “a perpetual environmental justice issue.”17 Redlining practices have resulted in Black communities living in segregated areas in older homes (built prior to 1955) with higher risk of lead exposure.18,19,20 Middle-class Black children are 3 times more likely than middle-class White children to experience elevated blood lead levels.20 Without LEAD Stories, the hundreds of OLS sites that still require remediation21 and the Nebraskan families living in the state with the highest percentage of children with detectable blood lead levels would still remain largely unseen.22 In October 2021, the Centers for Disease Control and Prevention recommended that the blood lead level limit be lowered from 5 ųg/dl to 3.5 ųg/dl.23 These changes highlight the need to revisit the concerns of lead poisoning in Omaha, as well as nationally, through community-based efforts like LEAD Stories. Artists and researchers can serve as public health advocates who make visible the invisible determinants of health (eg, racism) and complex public health issues, such as environmental justice, through the art and science of proofing. Proof, in this case, illuminated the issue of lead as literally a black-and-white matter—in newspaper print, in woodcut portraits, and in all those affected, Black and White. 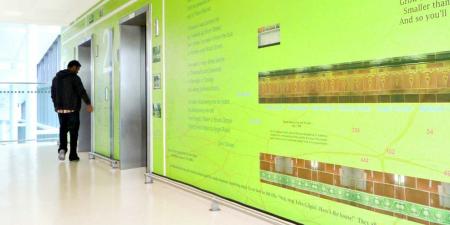 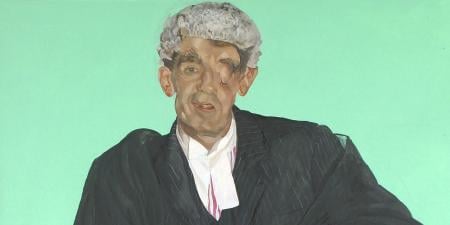 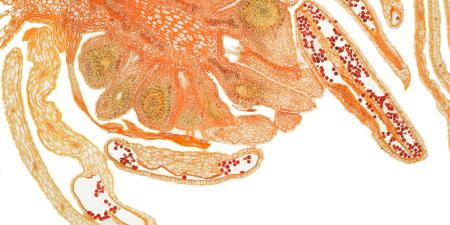 Response to “Should Clinicians Be Activists?” 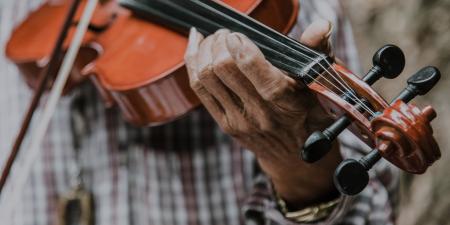