Our Storeys is a “social wallpaper” installation combining poetry and visual art on 4 walls covering a 4-story elevator lobby in a hospital entrance. This article considers how the artists sought to create a work that connected with community members so that they, in turn, connected with their hospital. The installation is informed by “These Are the Hands,” Michael Rosen’s poem celebrating the 60th anniversary of the founding of the National Health Service, in which each line relates to all hospital workers.

Florence Nightingale improved the physical environment of Victorian hospitals through light and fresh air. In the same way today, artists can bring “the outside in” to freshen and reinvigorate the culture of health care institutions through empathetic engagement with patients, staff, and people who live locally.

Lead artist Sue Ridge and poet John Davies collaborated on a major arts project, Our Storeys, at North Middlesex University Hospital (NMUH), London, which was completed after 4 years in 2013 (see Figure 1) and is the basis of their book by that name.1 The project sought to demonstrate the therapeutic, aesthetic, and social impact of artists and their art in a health care environment and on all the different people who move through it.

Part of the French-owned Bouygues Group that operates in over 90 countries, Bouygues UK built the new NMUH in Edmonton, London, between 2009 and 2013, reconstructing a hospital first built in 1842 as a workhouse for the local poor. Bouygues UK commissioned Sue Ridge to lead the creation and curation of artworks for the new hospital, and Sue invited poet John Davies (aka Shedman) to collaborate on an art and poetry project for the hospital’s main atrium and waiting areas. The brief to John and Sue was to create a work that connected with local people so that they, in turn, connected with their hospital. Sue and John named the project Our Storeys, deliberately reflecting the objective to record and store stakeholder stories about the hospital in an artwork extending over 4 levels of the new hospital building.

Sue and John had previously worked together on From the Outside In, a project that explored the physical, psychological, and emotional responses of patients and staff to navigating hospital sites in Sussex at Eastbourne and Hastings, with a focus on arrival, waiting, and departure. In his alter ego as Shedman, John used a simple wooden shed as the locus of positive research interaction with patients, staff, and visitors. He had honed this approach over numerous installations and residencies at literary festivals, events, and special projects.

For Our Storeys, Sue and John again used a simple wooden shed as the “strange attractor” for research engagement with stakeholder audiences. The material harvested provided inspiration and content for the visual and word-based artwork they subsequently developed, which featured the hospital’s history, captured its day-to-day experience, and reflected the local communities it serves.

An exploration of the deep connections between community and hospital informed the artistic process, including the hospital’s history and the structures that had filled its earlier place and space—from the Victorian workhouse to the 1960s tower block. Inspiration was also provided by the cluster of famous poets who had connections with the area, including John Keats as a young medical student, Thomas Hardy, concrete poetry pioneer Bob Cobbing, and Irish American Michael Donaghy.

NMUH is a busy general hospital serving ethnically and linguistically diverse communities. John recommended that most of the verbal content be in English. This choice may seem strange, given the highly multicultural nature of London. But with more than 300 languages spoken in local schools,2 the use of many different languages had the danger of being exclusive in itself. As the aspirational learner’s language, English provided a connecting thread. And to overcome any language barriers for the largely transient population of ethnic minorities, Sue created patterns, shapes, and icons to convert the communities’ stories—“our stories”—into “our storeys,” helping these patients to make the new hospital their own.

Completed in 2014, Our Storeys has 2 components. The first is a Poetry Wall, using digitally printed wallpaper, which rises up the lift lobby walls in the 4-storey entrance atrium. The second is a series of 5 photo-text images for the hospital waiting areas with specially written sonnets by John, alongside poems by other poets from the Poetry Wall and amplified by graphics and photographic images made by Sue.

The Poetry Wall was installed over the lift lobby walls in the 4-storey entrance atrium (see Figures 2 and 3), papered with what we called “social wallpaper” that was printed with stories, poems, and texts collected in the shed and with Sue’s graphic artwork. The wallpaper represents a palimpsest of history, inspiration, and experience where, across the 4 levels, different elements interrelate and enrich one another. This richness is not meant to be transparent but to be lived with and absorbed over time, coexisting with the communities that gave rise to it. So, staff or visitors waiting for a lift may be drawn to one text or image on one day but to others when waiting at other times.

The Poetry Wall includes pictures of the design and construction of the new hospital, as well as references to the building’s Victorian origins and décor, its stint as the first-ever British TV hospital (in Emergency Ward Ten, a soap that ran from 1957 to 1967), and a full-size tennis court next to the former nurses’ home. The Children’s Department lobby on the lower ground floor incorporates cartoon drawings from the community questionnaires.

To develop another language of engagement with NMUH staff, Sue used “These Are the Hands,” a poem written by Michael Rosen to celebrate the 60th anniversary of the founding of the National Health Service (see Figure 5). The poem summarizes the many different types of people and jobs that contribute to a large hospital’s day-to-day functioning, which, in these Covid times, has become even more poignant. Each line of the poem says what the hands are doing: hands that “find the pulse,” “wheel the bin,” “fill the bath,” or “touch us last.”3

Figure 4. “These Are the Hands”

“These are the Hands” (© Michael Rosen, 2008) is printed by permission of United Agents (www.unitedagents.co.uk) on behalf of Michael Rosen.

Sue photographed the hands of identified hospital workers holding a few words they wrote about their work. She then combined these images with the lines of Michael Rosen’s poem to create a memorable display (see Figure 6).

Figure 5. Our Storeys, Installation View of These Are the Hands

Figure 6. Our Storeys, Detail of Installation View of These Are the Hands

John Davies wrote a series of poems on a common theme (“the chase”) that rise across all 4 floors of the artwork in an interlinked stream. The common theme connects a number of facets: the local area Enfield Chase, once a royal hunting ground; the chase of everyday life at the hospital—the hunt for resources, time, staff, and the helter-skelter energy of hospital activity; the way the artworks are chased into the walls; and, ultimately, the way everyone in the hospital is chased or is chasing love, care, and goodwill. John invited other contemporary poets connected to the area to contribute work, including former poet laureates Carol Ann Duffy and Andrew Motion, as well as the Tottenham Hotspur football team’s poet in residence, Sarah Wardle.

For the hospital’s waiting areas, Sue prepared “visual musak” based on a series of sonnets John wrote about the seasons (partly because Vivaldi’s Four Seasons is often played in waiting areas or as “music on hold”). Sue included poems from the main Poetry Wall in the Children’s Department, such as Carol Ann Duffy’s poem, “Virgil’s Bees,” to create visual and verbal echoes for the Early Pregnancy Advice waiting area (see Figure 7).

Overall, the artist-poet collaboration was a highly successful process, but it relied on an empathetic engagement with people from all walks of life.

An Architectural History of US Community Hospitals

We Got Your Back: Patient Advocacy Through Art 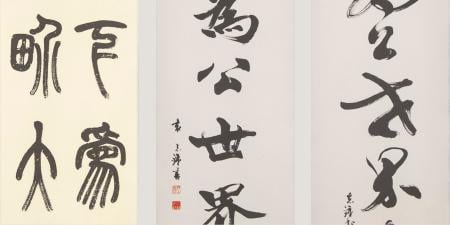 Chinese Calligraphy and the Art of Writing 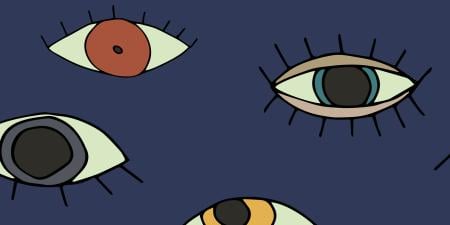 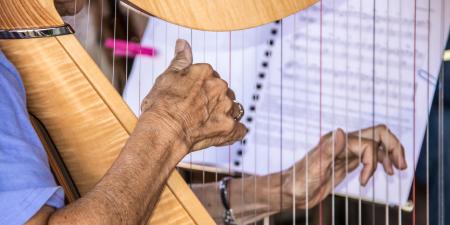 How a Medical Orchestra Cultivates Creativity, Joy, Empathy, and Connection 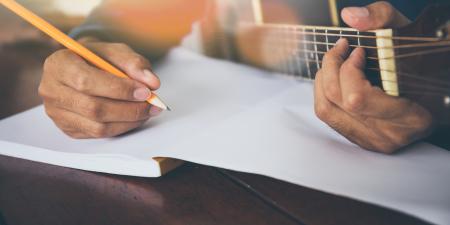