Asher is a fourth-year medical student doing an international elective in northern Uganda. The clinic he's stationed in serves primarily the local community, and he's seen everything from routine ear infections to advanced AIDS, encephalitis, parasitic infections, and disseminated tuberculosis.

As one of the few Westerners the villagers have ever seen, Asher has created quite a stir. Although he's starting to feel more at home in the village, he knows that his actions are watched closely by the townspeople, and he's scrupulous about his interactions with them, always respectful and deferential to local customs and values.

The organization he's working with can only staff the clinic for eight months out of the year, so when an American medical team is there, news travels fast to neighboring communities, and occasionally people come from quite a distance to seek care. One evening, Asher heard a commotion outside the clinic. Several men and women had gathered, and there was shouting. Asher asked a nurse what was causing the upset, and she explained that men thought to be affiliated with a group of rebel fighters from the north were approaching town, and some had been wounded. Asher moved to send for the local physicians and ready the procedure suites, but the nurse stopped him. "We've worked for years to establish trust among the local people here-trust that's enabled us to dramatically improve the health in these communities. It would be a grave insult if we offered care to their violent enemies, and that would surely result in a huge setback for all our hard work. We should shut down the clinic before the rebels arrive because they're not welcome here."

Candidates for the Supreme Court react to hypothetical questions as if they are radioactive and creatively dodge them at confirmation hearings. But physicians use them for teaching. This case study could fall under the teaching module entitled, "How Physicians Serving in a Hostile Environment Can Make Ethical and Practical Decisions."

Asher, the medical student in northern Uganda who is in charge of the clinic for the evening, must make an urgent decision about treating potentially hostile, even dangerous, patients and does not have time to consult with others.

Let's scan the thought bubbles bursting over his head:

Clearly, questions about the nature of the medical care required are simple in comparison to figuring out the effective course of action. The student confronts a dilemma with no easy answers, one that draws on lessons in both leadership and ethics. In many ways, these perspectives are interdependent: good leadership is grounded in sound ethical principles, and sound ethical principles guide good leadership. As a retired Army general and physician who imagines assisting this fourth-year medical student with his urgent decision, I can see organizing his thought bubbles with these leadership and ethics perspectives in mind.

There are innumerable theories of effective leadership. It is axiomatic that good leaders succeed not only by making the right decisions, but also by how they implement those decisions. In this case, the young medical student must take the lead, act decisively, and secure the confidence of the clinic staff to follow him as the crisis unfolds.

The scenario implies that the landscape of political alliances, personal relationships, and cultural attitudes that influence daily life in the clinic have undermined the efforts to gain the trust and confidence of the entire local population. While the scenario may appear to be one of warring factions and tribal or clan warfare, experience tells us that civil conflicts of this nature are complex and nuanced beyond imagination. More than likely, the state of affairs is more tenuous and insecure than it appears. The nurse urges closing the clinic before the injured rebels appear at the front door. Clearly, she feels that the rebels are not welcome and that treating them would set back the progress of the past several months. But Asher is not a political expert and discerning the intricate politics of the community exceeds his understanding and sensitivity to the local political and social alliances and hatreds. He is not sufficiently expert to either unravel or act on a presumed ethical political position and close the clinic in the face of this emergency.

But the urgency of the situation, and the pressure on the young student to provide real leadership as well as medical expertise, calls for an ethical principle that is universal, consistent, and easily explained to all parties who come in contact with the clinic and doctor. The compelling proposition is "the healer cares for all who seek treatment." The principle is simple and anchors whatever actions, policies, and procedures follow. It stands up to challenges from disputing or aggressive authorities-as there is no partiality or possibility for prejudiced alliances or favors; it is unassailable. It is elegantly framed in the Geneva Conventions: "Recognizing neither friend nor foe, they care for the wounded and sick without distinction of nationality. For charity knows no frontiers" [1].

Imagine the heated conversations with members of either warring faction-murderers, rapists, plunderers. The physician cannot neutralize the intense emotions of the scene. But most cultures and ethnic groups recognize the special role of healing practitioners and their obligation to care for all who come to them for treatment and assistance. Societies establish a special covenant with healers and bestow privilege and authority on them. Universally, healers have social status with the understanding that they will extend their art and knowledge to everyone, regardless of political or social stripe, especially in times of emergency or crisis. In the interest of good leadership and sound ethics, the physician decides that the clinic will treat the injured and sick from the opposing faction.

But how? Now that the ethical principle has been established and reinforced, the intricacies of leadership must be put into action. Asher faces tremendously complex challenges in carrying out the decision-especially in protecting the clinic staff and other patients. The young medical student needs to organize the clinic quickly to receive the new patients and simultaneously assure the safety and protection of its staff and current patients. The decision to treat the opposition parties could backfire without adequate safeguards. He should emphasize that services are provided only under emergency conditions. In order to do that, all parties must be disarmed. Other villagers should be recruited to ensure sufficient security and crowd control. Within the clinic, treatment and waiting areas of opposing factions should be completely separated. Additional contingency plans should be made to protect patients and staff. With systematic and carefully considered triage, the treatment of the wounded will not jeopardize the safety of the others. More importantly, the troubles of the conflict would be kept separate from the work of the healers.

Often, a rational ethical decision is not judged by the logic of the underlying principles, but by the effectiveness of the leadership that executes it. The demeanor and confidence of the medical student and physicians as leaders assume overriding importance. A leader who speaks and acts with calm authority, even with some charisma, is more effective in carrying out tough decisions in complex scenarios like this one. The staff and patients who are frightened and anxious look to Asher for leadership in the crisis. For many, the final judgment about the wisdom of a decision is determined by the outcome. To say it another way, a seemingly ethical decision that contributes to large numbers of dead or critically injured staff and patients would be hard to judge favorably. Being right while causing more harm is hard to justify as ethical.

One does not have to venture into a hypothetical scenario in Uganda to see that the challenges faced by this medical student are a part of many doctors' lives. Every day, military physicians and clinics in Iraq triage and treat a host of local nationals not knowing whether they are friend or foe. They follow elaborate protocols to provide high quality care and maintain the safety and security of the patients and clinical staff as well.

In the end, the guiding principle of a physician's work is stunningly simple. The physician can only take action based on the fundamental ethical principle common to the healing profession-and that is to care for all who seek treatment. Whether detainees in Guantanamo, rebel factions in Sudan, or gang members in Los Angeles, the political situation is too complex to factor into an action plan. Ultimately, the exercise of good leadership may be the most important element in the final judgment. Sound ethical judgments and good leadership go hand in hand. 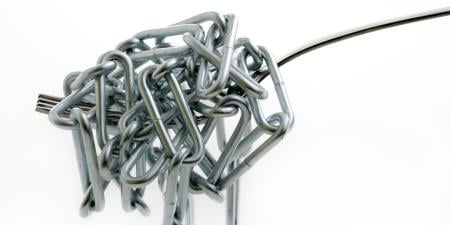 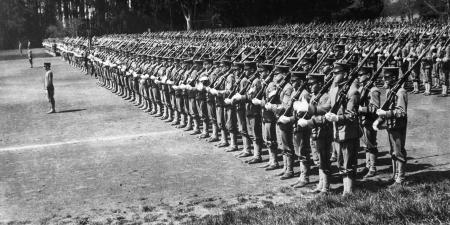 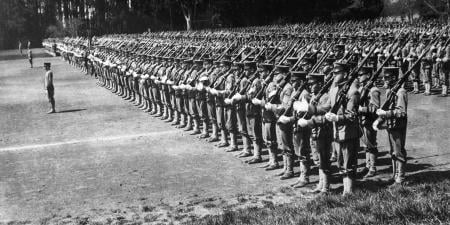 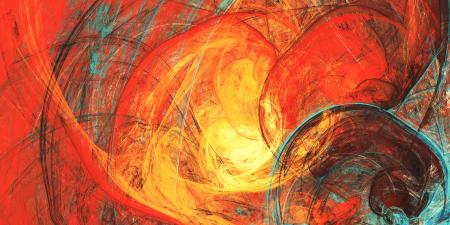