Dr. Thompson is a military reservist deployed with a mobile medical field unit in Iraq. Several weeks into a grueling tour during which a number of American soldiers sustained serious injuries, a young Iraqi man who had been detained for questioning was brought to Dr. Thompson by the military police (MP). The MP said that the man had been found at a military checkpoint with what appeared to be a broken ankle and asked Dr. Thompson to assess the extent of the injury so that the man could be returned to the detention unit. During his examination, Dr. Thompson found that the young man had a grossly swollen orbit and bright red welts and lacerations covering his back, in addition to a fractured left ankle. Dr. Thompson strongly suspected that his patient had been beaten by a member of the unit and knew that he should notify the unit commander. Although he was well aware of international law governing prisoners of war and detainees, and although he had received comprehensive ethics training from the military regarding his duty to report signs of abuse, Dr. Thompson found himself hesitating to make a report.

Dr. Thompson finds himself in a classic "dual loyalty" situation. The term dual loyalty was coined by the Truth and Reconciliation Commission (TRC) of South Africa, whose mandate was "painting as complete a picture as possible of the causes, nature and extent of the gross violations of human rights.including the antecedents, circumstances, factors and context of such violations, as well as the motives and perspectives of the persons responsible for the commission of the violations" [1]. In carrying out that charge, the TRC held hearings into the role of health professionals and the health sector in the perpetration or prevention of human rights abuses during the period in question (1960 to 1994). Emerging from those hearings was a set of recommendations which included "Safeguards for vulnerable health professionals" aimed at ensuring "that health professionals who work in situations in which they have dual loyalties are not complicit in committing human rights abuses" (emphasis added) [2].

What is a dual loyalty situation? In short, the situation arises when a health professional has "simultaneous obligations, express or implied, to the patient and to a third party, often the state" [3]. This occurs most commonly when a health professional is employed by an organization or institution, for example, the military, the prison system, police services, or mental health services, and has to treat patients who are in particularly vulnerable positions like prisoners, mentally disturbed people, prisoners of war, or detainees. Supposedly a doctor's first obligation is to his or her patient-but what happens when serving the best interests of the patient conflicts with what the employer believes is in the best interests of national security or some "greater good"?

This is the situation in which Dr. Thompson finds himself. He is employed by the U.S. military, working under trying and traumatic circumstances in Iraq. He has seen a number of his fellow countrymen and women seriously injured as a result of Iraqi actions. The Iraqis are the enemy. He now is confronted with one of these enemies-who may well be responsible for the suffering of American soldiers. Is that why he hesitates to make a report? Does Dr. Thompson believe that the detainee deserves whatever physical punishment was meted out to him?

This might sound absolutely absurd, but while I was working as a prison doctor at the height of the South African apartheid era, I heard medical colleagues say, when confronted with beaten and tortured political detainees, "Well, he probably deserved it," or, "They're the ones running round the townships throwing stones and burning tyres-what do they expect?"

Perhaps Dr. Thompson hesitates because he realizes that reporting torture or abuse will be pointless anyway-the report will be filed in drawer X, and the Iraqi detainee will return to exactly the same conditions and risks of abuse whence he came. "So I may as well keep my head down and not make waves," might be Dr. Thompson's rationale.

Maybe Dr. Thompson's reluctance is the result of his thinking of the patient's best interests. It is not uncommon for detainees and prisoners who report abuse to be punished for doing so. After all, the young Iraqi man is not going home after he has been examined; he is going right back to the detention centre where his abusers have access to him and may simply beat him again for having tried to get them into trouble.

Whatever Dr. Thompson's reasons for hesitating, he does have to decide how he will (or will not) act. He knows what he is supposed to do. The Geneva Convention states, inter alia:

The same Convention goes on to say that:

Every camp shall have an adequate infirmary where prisoners of war may have the attention they require.. Prisoners of war suffering from serious disease, or whose condition necessitates special treatment, a surgical operation or hospital care, must be admitted to any military or civilian medical unit where such treatment can be given [4].

The Declaration of Tokyo states:

The doctor shall not countenance, condone or participate in the practice of torture or other forms of cruel, inhuman or degrading procedures, whatever the offence of which the victim of such procedures is suspected, accused or guilty, and whatever the victim's beliefs or motives, and in all situations, including armed conflict and civil strife [5].

Thus what Dr. Thompson should do firstly is ensure that his patient receives the appropriate care and medical treatment. Judging from the description of his injuries, this would necessitate admission to whatever hospital facility is available. So for a few days at least, the detainee will be safe from further assault. Dr. Thompson must carefully record the man's injuries and any report or allegations that the patient makes as to how those injuries were caused. If the man does claim assault, Dr. Thompson should document whether, in his opinion, the injuries are consistent with the history. Dr. Thompson's responsibility goes beyond simply providing immediate treatment and recording injuries; he should do whatever he can to prevent further injury to the Iraqi man, and he must report what he has recorded.

Strangely enough, while documents like the Declaration of Tokyo insist that a doctor "shall not countenance. the practice of torture or other forms of cruel, inhuman or degrading procedures" [5], commentary by human rights groups on an individual practitioner's obligation to speak out remain vague.

The WMA's 1997 declaration states that physicians have a "responsibility to honour their commitment as physicians to serve humanity and to resist any pressure to act contrary to the ethical principles governing their dedication to this task." The WMA has not, however, clarified the duty of each individual physician to speak out on behalf of victims of human rights violations. Such clarification, as well as developing means for fulfilling it, remains essential [3].

In its guidelines for military health professionals, the Physicians for Human Rights report on dual loyalty did take that next step by stating:

Military health professionals should report violations of human rights that interfere with their ability to comply with their duty of loyalty to patients to appropriate authorities and report human rights violations perpetrated by their own troops as well as by others.

But to whom should Dr. Thompson report? Ideally, he should be able to report to his superior-but, if that person is a commanding officer and not a physician, this may not be the best thing for Dr. Thompson or for his patient. If Dr. Thompson has any doubts about his unit commander's willingness to take appropriate action against the perpetrator of the abuse and to protect the Iraqi patient, it may be advisable for him to seek alternate ways of reporting. Within the military, he might report to a more senior doctor or perhaps to a chaplain, if the former option is logistically difficult. The other option would be to go an entirely independent route and to attempt to contact an organization like Physicians for Human Rights, the International Committee of the Red Cross, or Amnesty International. This path is likely to get Dr. Thompson into trouble, and he should weigh carefully the positive and negative consequences of such action. Joint action is always easier than acting alone, and Dr. Thompson should seek support and advice from other health professionals whom he can trust, both inside and outside the military.

I would see silence from Dr. Thompson and failure to take any action as a breach of medical ethics. Others would not. At the end of the day Dr. Thompson has to answer a few simple questions in his own mind: Did I give my patient "complete loyalty" [6]? Was "the health of my patient my first consideration" [7]? Can I look at myself in the mirror and honestly say that I did the right thing? 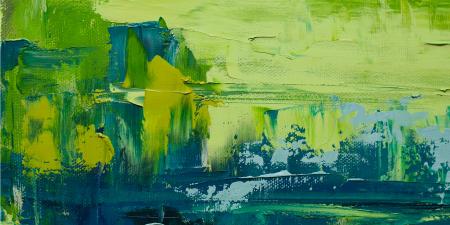