Ethical and logistical challenges of deploying experimental vaccines in humanitarian emergencies are exacerbated by a paucity of safety and efficacy data. For outbreaks caused by pathogens with high mortality rates and few treatments, such as Ebola virus disease, not offering access to experimental vaccines with some evidence of efficacy can also be ethically suspect. This article recommends (1) gathering more preclinical data about experimental vaccines’ safety and (2) improving research infrastructure to enable participation of a wide range of subjects in affected communities over long trial periods. Motivating these goals would facilitate clearer definitions of population vulnerability and risk acceptability.

Risk of Disease vs Risk of Experimental Vaccination

Safe and effective vaccination programs are critical to mitigating disease outbreaks, but vaccine deployment can be fraught with logistical challenges and ethical questions that vary with the environments in which programs are implemented. Effectively deploying experimental vaccines for emerging infectious diseases relies on policy and research infrastructure to ensure safe, ethical research during emergencies. The complexity of these challenges was apparent during the management of recent Ebola virus disease (EVD) epidemics. At the time of the 2013-2016 West African outbreak, effective management was hampered by, among other things, a lack of licensed vaccines and treatments to deploy to control EVD.1,2 In the midst of global community members’ push to initiate clinical trials for experimental vaccines and therapeutics, discussions arose about which criteria should be used to distribute experimental vaccines among vulnerable groups, particularly those in resource-limited settings.3 The current North Kivu EVD outbreak in the Democratic Republic of the Congo (DRC) suggests a continuing need to consider distribution criteria and to develop strategies for anticipating and addressing ethical and logistical questions.

During recent EVD outbreaks, whether experimental recombinant vesicular stomatitis virus-based vaccine (rVSV-ZEBOV) should be used in pregnant and lactating women and in children under one year of age has raised ethical questions. During the 2013-2016 West African Ebola epidemic, members of these populations were excluded from Ebola ça Suffit! trials.4 Although the World Health Organization (WHO) Research Ethics Review Committee guided implementation of trials during that outbreak and requested amendments to the protocol to include members of these populations as subjects, it later relented, as further review was seen as delaying trial initiation and “potential benefit for all.”5 In 2019, the DRC National Ethics Committee approved inclusion of pregnant or lactating women and children in a large experimental rVSV vaccination campaign that was underway but required close follow-up and limited distribution to areas where Ebola was being actively transmitted.6 This committee’s decision highlights that comparing vulnerable community members’ risk of harm from EVD to their risk of harm from rVSV tends to be considered in decisions about whether, where, and with whom to use experimental vaccines.

A first question to ask about experimental vaccine administration among vulnerable populations in emergent situations is this: How should the concept of vulnerability be defined? Individual, social, cultural, and scientific variables should be prioritized in a definition of this concept and considered with reference to a specific situation or circumstance. We argue that members of vulnerable populations can more safely participate in experimental vaccine trials that (1) gather preclinical data and (2) bolster research infrastructure that enables diverse enrollment and long-term follow-up.

In research ethics, a vulnerable population is generally thought to be one whose members’ ability to consent to participate in a research protocol is compromised (eg, through lack of competency, illiteracy, poverty, or inability to communicate). A Canadian Tri-Council Policy Statement (TCPS2) more generally defines vulnerability as “diminished ability to fully safeguard one’s own interests in the context of a specific research project” due to “limited decision-making capacity or limited access to social goods, such as rights, opportunity, and power.”7 Vulnerability “may require greater effort to minimize risks to participants and/or maximize potential benefits” in order that they be treated justly.8

More often than not, members of populations considered vulnerable are excluded from clinical trials.

Applying this definition of vulnerability responsibly requires considering that observers can differ in their perceptions of a subject’s moral agency.9 For example, during an outbreak, individuals or communities might not perceive themselves as vulnerable, although regulatory bodies or health care organizations do, and vice versa. Moreover, simply identifying characteristics that confer “vulnerability” can also be challenging largely because they can consist of both individual traits—including young age, ethnicity, race, gender, or general or mental health status—and particular contexts that apply to an entire community.

How we define vulnerability shapes how those seen as vulnerable are treated and influences opportunities they are offered. As examples, the Ebola ça Suffit! trial prioritized vaccination for subjects exposed to the virus who were not pregnant, breastfeeding, or severely ill; other trials have included health care workers as subjects, excluding pregnant or lactating women.4 More often that not, members of populations considered vulnerable are excluded from clinical trials.10 Although pregnant women tend to suffer high mortality from EVD,11 they and members of other groups have been excluded from clinical EVD trials.11 Recently, there has been a shift toward not labeling populations as vulnerable,11,12 but removing protections justly and equitably requires input and buy-in from members of these populations, which is difficult to accomplish during an outbreak.

EVD outbreaks have occurred—and continue to occur—in settings fraught with armed conflict and displacement,14 which exacerbate individuals’ and communities’ vulnerability. Postconflict food insecurity and lack of health care infrastructure in West Africa likely heightened susceptibility to EVD during the 2014 epidemic and helped propagate it.15,16 These conditions persist in the ongoing epidemic in the DRC, where conflict has made tracing contacts difficult, complexified vaccine investigation, and led some to switch to mass vaccination strategies. Such factors must contextualize how we define and understand concepts such as vulnerability and even emergency, which the WHO defines as the co-existence of outbreak along with either a man-made or natural condition that could cause disruption to health care services.17 Since context can be dynamic, the process of defining key concepts should also be dynamic. Therefore, international and local agencies should develop close relationships with communities to keep abreast of geopolitical shifts that might influence assessments of vulnerability.

The state of medical science related to emerging diseases like EVD also matters to how vulnerability is defined. A change in clinical standards of care for a particular disease that alters the risk-benefit profile used in individuals’ and agencies’ decision making should also be regarded as a key variable in understanding and defining vulnerability. For example, populations’ susceptibility to EVD during the 2013-2016 epidemic largely hinged on lack of alternatives to experimental drugs to prevent and treat EVD, which likely affected subjects’ decision making about whether to participate in trials. New therapeutic and investigational vaccines have emerged since then,18 which have altered risk-benefit profiles of communities undergoing an epidemic and will likewise critically shape conceptions of vulnerability. The changing medical context suggests the importance of determinations of vulnerability being made and reassessed continuously by regulatory committees or global health organizations with regular input from affected communities.

Several reports, including a recent review by the Pregnancy Research Ethics for Vaccines, Epidemics, and New Technologies (PREVENT) Working Group, highlight how exclusion of vulnerable groups, including pregnant women and children, from research can result in their not having access to experimental vaccines during emergencies.19 This report’s key recommendations for including pregnant women in vaccine research set good milestones to follow for research with other vulnerable populations, however defined in a particular situation.

Ethical questions about deploying experimental vaccines during recent and ongoing EVD outbreaks are complex and multifaceted and require attention to dynamic context. Navigating collaborative responses to these questions is aided by contextualizing definitions of vulnerability and emergency; preparedness; nourishing ongoing and sustainable partnerships with people in local communities where outbreaks tend to recur, including through developing trusting communication; and investing in research infrastructure. 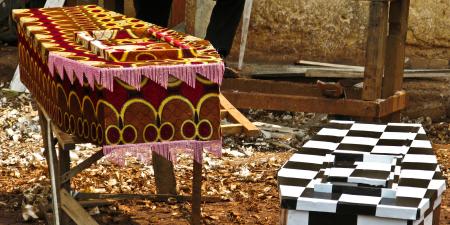