Ms. S arrived, unaccompanied, at the emergency department of an urban academic hospital in the early evening. She was disheveled and delusional, exclaiming that she had been invaded by an alien force. Because she was obviously pregnant and apparently in labor, she was seen by the obstetrician on call. No useful history could be obtained, and Ms. S did not cooperate with attempts to evaluate the status of her pregnancy.

Review of the limited electronic health record at the hospital indicates that Ms. S, 27 years of age, was diagnosed with schizoaffective disorder six years earlier and has been relatively stable on haloperidol in the intervening period. She was hospitalized once during this period for a week, during which time her medication regimen was adjusted and she was discharged. At that time, Ms. S lived alone and worked part-time as an archivist at a local museum. She took her medication regularly and kept her regular appointments with her psychiatrist. The electronic health record’s last entry was a year ago; it contains reports of four unsuccessful attempts over a period of three months to contact her through her family and her job.

The obstetrician considers how to fulfill his professional responsibility with respect to both the patient’s mental health needs and her pregnancy. In particular, he wonders how best to gain her trust to enable fuller and more comprehensive examination for the sake of the developing child, too.

Pregnant patients with major mental disorders, including psychotic disorders, pose significant ethical challenges to obstetricians, the obstetric team, and sometimes hospital administration [1, 2]. The intrapartum period—the duration of labor and delivery—poses particular challenges for ethics consultation processes and deliberations. For example, a patient’s labor process creates urgency that can be difficult for hospital ethics and legal consultants to respond to in a timely way when they do not have advance warning. This case illustrates the ethical and legal challenges that arise when a woman presents for the first time for obstetric care, apparently in labor and also experiencing an acute exacerbation of her chronic mental illness.

Presumption in medical ethics and health law. Ethical analysis of this case can begin by gathering clinical facts, so the obstetrician’s request for a psychiatrist colleague’s assessment of Ms. S’s decision-making capacity would likely be helpful. It is important to note that all adult patients are presumed both in medical ethics and in health law to have decision-making capacity. Clinicians should therefore regard their adult patients as having capacity unless they have evidence warranting further assessment of it. Ms. S’s psychotic symptoms certainly constitute such evidence in this particular case.

Respect for patient autonomy should guide assessment of Ms. S’s decision-making capacity and the process of facilitating her informed consent, if she is capable of it, during the labor process. Expressing respect for Ms. S’s autonomy is essential because professional medical management of her high-risk pregnancy (since she had no prenatal care), labor, and delivery requires collaboration; gaining her trust and cooperation will be essential to care well for her and her newborn. For example, the obstetrician will need to request Ms. S’s permission to perform a physical examination and ultrasound and initiate fetal monitoring.

Assisted decision making. Given Ms. S’s history, both the obstetrician and psychiatrist should be particularly attentive to deficits in the aforementioned components of decision-making capacity [2]. Their shared goal should be to identify impairments to which they can respond, to restore as much of her decision-making capacity as possible so that she can make decisions in light of her long-standing values and beliefs. Both physicians can try to help Ms. S make prudent decisions by supporting her psychologically and focusing on the shared goal of a good outcome for her and her soon-to-be-born child, a process called assisted decision making [2]. Assisted decision making can be augmented as necessary by respectful persuasion, i.e., an appeal to the shared goal of a good outcome and the clinical recommendations based on it [3].

The next step is to apply one or both types of ethical and legal standards of surrogate decision making in a given case [5]. The first is known as the substituted judgment standard. This autonomy-based standard calls for the surrogate to identify the patient’s relevant values and beliefs and make a decision on that basis. The standard for the replication of what the patient would decide if the patient could make a decision is not certainty (i.e., 100 percent accuracy) but only reliability (i.e., sufficient evidence for the replication as defined in applicable law). Texas law, for example, states that the decision “must be based on knowledge of what the patient would desire, if known” [4]. Other jurisdictions, such as Missouri, set a higher standard, e.g., requiring clear and convincing evidence that a surrogate’s decision expresses a patient’s preference [6]. This variation among jurisdictions should not be a problem, because the applicable legal standard should be stated in hospital policy and any questions about its interpretation can be addressed by hospital counsel.

In cases in which a surrogate decision maker does not know what a patient would prefer, which thus would not meet states’ and health care organizations’ legal standard for substituted judgment, then he or she should make decisions for the patient based on that patient’s best interests. This beneficence-based standard calls for a surrogate to make decisions that will protect and promote the patient’s health and well-being. In obstetric ethics, during labor a physician actually has obligations to two patients: the pregnant woman and the fetus or neonate. Beneficence-based obligations to both patients must be taken into account in applying either standard of surrogate decision making. Typically, when a surrogate authorizes clinical intervention, it should be implemented, and there is no need for the surrogate’s decision to be reviewed by a court.

In our experience, in very rare circumstances, even after surrogate authorization, a patient with seriously impaired decision-making capacity might persist in verbal or physical refusal of the authorized treatment. Serious impairment means that verbal expressions of refusal do not reflect intact cognitive understanding, appreciation, or evaluative understanding. Respect for autonomy is not applicable in such clinical circumstances, because such impaired decision making is not autonomous. The physician and health care team should therefore not mistake this patient’s verbal or physical refusal as autonomous or as authoritatively expressive of their clinical judgment in planning intrapartum management. Respectful persuasion, as explained above, and beneficence-based clinical obstetric judgment should guide the physicians and health care team in cases in which a patient whose decision-making capacity is seriously impaired is expressing verbal refusal of intervention [7]. The first response to an impaired refusal is therefore to engage the patient in a respectful fashion with the goals of treating the pregnant patient with respect and protectingthe health-related interests of both the pregnant and fetal or neonatal patients. Resorting immediately to force is not ethically justified. We address below how the team should respond if the patient, whose decision-making capacity is impaired, physically resists.

First, legal counsel should be immediately notified as soon as the patient expresses impaired refusal, as well as clinical ethics consultation, if the hospital has this service, so the consultation team has advance warning. The goal, if feasible, is to have legal and ethics resources ready to hand, to address ethical and legal challenges in a rapid fashion, should they subsequently arise.

Second, it should be ascertained whether evidence-based fetal complications that are indications for cesarean delivery are present. Isolated fetal heart rate deceleration with category 2 fetal heart rate tracing does not meet the threshold for an evidence-based fetal indication that would justify a cesarean delivery, because outcomes for newborns vary widely, making a poor outcome not reliably predictable. Conditions such as complete placenta previa—which happens when the placenta completely covers the cervical opening and can result in death of the laboring woman and her newborn—or various forms of placenta accreta—which happens when the placenta has grown into the uterine wall and, if inappropriately managed, can result in life-threatening hemorrhage—however, do, because their risks are well established in obstetric clinical judgment [8].

Third, a pregnant woman has a beneficence-based obligation to take only reasonable risks to herself when there are fetal indications for cesarean delivery [8]. This central tenet of professional ethics in obstetrics requires that evidence-based maternal indications be identified as reliably as possible and balanced carefully against potential benefits for the fetal and neonatal patient. When the evidence for fetal or maternal benefit is strong, the risks of cesarean delivery become reasonable in order to increase the probability of clinical benefit for the pregnant, fetal, and neonatal patients.

If the pregnant patient who lacks decision-making capacity physically resists and this resistance cannot be overcome safely for the pregnant woman, there is increased risk that clinically unacceptable outcomes could occur, including perinatal or neonatal death or a live-born infant who could have significant and irreversible morbidity and long-term disabilities. Beneficence-based clinical judgment would not support taking these risks.

Reasoning carefully through this clinically and ethically disciplined, step-wise process is essential for the fulfillment of the obstetric team’s professional responsibility to the pregnant and the fetal and neonatal patients. This reasoning process and actions based on it should be thoroughly documented in the patient’s record. Such cases should be routinely reviewed at patient safety and quality conferences, which use the results of retrospective review to improve the processes of clinical and ethical reasoning that can then be applied to cases in the future to make obstetric management safer. Improved safety clearly benefits patients clinically. The resultant patient care should be better, and that care, its documentation, and its routine review should be protected against any subsequent legal review, which constitutes a legitimate individual and organizational self-interest.

Physicians' Responsibility in the Face of Patients' Irrational Decisions 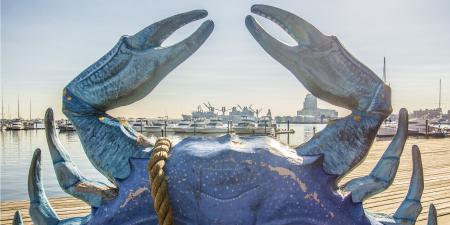 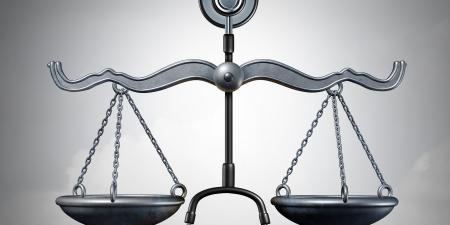 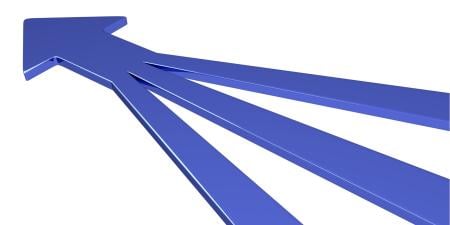