The Medical Committee for Human Rights was organized in New York in the spring of 1964 as a support group for civil rights workers in Mississippi. That summer upwards of a thousand volunteers, most of them white northern college students, would travel to the Magnolia State to register voters, work in community centers, and teach in the new Freedom Schools [1].

Most of the founding members of MCHR were doctors who had been active in left-wing organizations like the Physicians Forum. Some were in private practice. Others taught in medical schools or were working in the field of public health. Among the first physicians to work in Mississippi that summer were Elliott Hurwitt, the chief of surgery at Montefiore Hospital; H. Jack Geiger, then a young professor at the Harvard School of Public Health; and John L.S. “Mike” Holloman, a prominent Harlem physician and one of a handful of black doctors on the committee. Their Mississippi contact was Robert Smith, one of the few black physicians practicing in the state and a civil rights activist. Overall, more than 100 health care professionals—mostly doctors, but also nurses, psychologists, and social workers—spent at least a week in Mississippi during what would later be known as “Freedom Summer.”

The medical volunteers who came south knew they were going into dangerous territory. This was to be the most violent period in Mississippi since the days of Reconstruction. And they were in for some surprises. Accustomed to the respect and deference accorded members of their profession, the northern physicians found themselves the object of hostility and hatred in the South. Although they were older than the typical summer volunteers and wore coats and ties, they were still Yankees aligned with Martin Luther King and his dangerous ideas about racial integration. And while they had hoped to practice medicine in the state, Archie Gray, the head of the Mississippi Department of Health and a vehement segregationist, made it clear that they would not get licenses. Administering first aid was not prohibited, however, and that summer some doctors stretched the definition to fit the occasion.

After arriving in Jackson, the medical volunteers were driven to movement outposts throughout the state, where they performed a variety of functions. They examined summer volunteers, treating their minor ailments. They also discovered that a good number of the veteran civil rights activists were suffering from what psychologist Robert Coles labeled “battle fatigue”[2]. Providing psychiatric care and “rest and recreation” opportunities for burnt-out civil rights workers became an important function for MCHR. The medical volunteers who were most successful pitched in to help in a variety of ways. Dr. Lee Hoffman filed this report of his activities in Clarksdale: “Attended a civil rights worker who was beaten over the head…. Played football with local high school boys.…Visited several sick local people, with nurse…. Was arrested for being out after curfew…. Put a lock on a Freedom House…. Attended funeral at request of family of a terminal patient I had seen earlier” [3].

Not all the medical volunteers adjusted well to their new environment [4, 5]. Several physicians brought with them an attitude of superiority, based on their training and status. A few refused requests to use their rented cars to transport people to meetings or to assist in the normal tasks that people shared in the project. Others would not examine local blacks with serious health problems, either because such work was not on their assigned list of responsibilities or because they feared retribution from Archie Gray. Still, overall the work of the Medical Committee during Freedom Summer was a success, receiving high marks from the veteran staff members and college volunteers. The physicians did provide medical support, but more important was simply the fact that they were there, an adult professional presence that contributed a small sense of security to a besieged group of freedom fighters.

It is not surprising, then, that after the summer the participating health care professionals decided to make the Medical Committee for Human Rights a permanent organization, with a headquarters and paid staff in New York and chapters in major cities across the country. Its membership rolls boasted such health care notables as Benjamin Spock, Paul Cornely, and Paul Dudley White, who had been President Eisenhower’s personal physician. A predominantly white organization, the committee would continue to assist civil rights workers in Mississippi and other southern states but shifted its focus to deal with health problems facing thousands of poor blacks who lacked any medical services. With that in mind, MCHR hired a young black psychiatrist named Alvin Poussaint as its southern project director to work from its office in Jackson. Poussaint was assisted by a staff of nurses, including Phyllis Cunningham and Josephine Disparti.

During its two years in the South, MCHR made a significant contribution to ending hospital segregation. Members annually picketed the national meeting of the American Medical Association, which until the late 1960s permitted its affiliate state associations to deny membership (and thus hospital privileges) to black physicians [6]. They also operated a free clinic in the Mississippi hamlet of Mileston, which became the inspiration for MCHR’s most important and enduring contribution: the comprehensive community health center.

Jack Geiger had persuaded a wealthy benefactor to fund the Mileston clinic, which provided free diagnostic and acute care. The clinic was a success, but it was a drop in the bucket. Hundreds of thousands of black Mississippians lacked proper health care; many had never even seen a physician. In a 2000 interview, Geiger explained that he realized that it would be impractical to “go out and find philanthropists for every new clinic.” In December of 1964, a memorable meeting took place in Greenville, in the Mississippi Delta. There, late in the evening, Geiger began to discuss the health care experiment he had seen firsthand in apartheid South Africa, where a decade earlier he had studied under two young physicians, Sidney and Emily Kark. The Karks had developed a concept called community-oriented primary care and applied it in two clinics in an urban public housing project and on a rural tribal reserve. Staff members drew up a comprehensive plan, including health services, nutrition programs, preventive medicine, even environmental interventions. That night Geiger came up with the idea that a northern medical school should come down to the Delta and operate a comprehensive program: health, community organization, and social change.

With the invaluable assistance of Count Gibson, chair of the Department of Medicine at Tufts University, Geiger persuaded the new federal poverty agency, the Office of Economic Opportunity, to fund two comprehensive health centers sponsored by Tufts, one in the Boston housing project at Columbia Point and the other in Mound Bayou, in the heart of the Mississippi Delta. Shortly after the center opened at Columbia Point, Senator Ted Kennedy paid a visit and was so impressed that he pushed through an appropriation of $51 million to start new health centers. The program expanded rapidly. By the second decade of the twenty-first century there were some 1,198 centers, operating at more than 8,900 sites, providing care for more than 21 million needy Americans [7].

With the decline of the southern civil rights movement in the late 1960s, MCHR chapters in northern cities began to deal with health issues closer to home. Physicians still constituted the majority of the membership, but medical and nursing students and social workers who identified with the agenda of the New Left joined MCHR and expanded its mission. MCHR activists opposed the Vietnam War, opened free clinics in inner cities (sometimes in cooperation with the Black Panthers), pressured medical schools to enroll more black students, and supported a woman’s right to choose long before Roe v. Wade. MCHR’s last major initiative, launched in the early 1970s, was the campaign to enact a national health insurance program, led by national chairman Quentin Young. As they had in the past, the American Medical Association, pharmaceutical companies, and private health insurers successfully lobbied Congress to defeat “single-payer” legislation [8, 9]. Beset by internal division and sectarian battles, the MCHR went into decline during the Nixon years and did not survive Ronald Reagan’s presidency.

But the Medical Committee for Human Rights left its mark on American history and provided a model for organizations that succeeded it, like Physicians for Human Rights and Physicians for a National Health Program, co-founded by Quentin Young. Their slogan “health care is a human right” has been dusted off to become the rallying cry of the new health care reform movement. Its most enduring legacy, then, has been the continuing social activism of its former members. Martin Luther King spoke to and for them when, addressing the annual MCHR convention in 1966, he said: “Of all the forms of inequality, injustice in health care is the most shocking and inhumane” [10]. 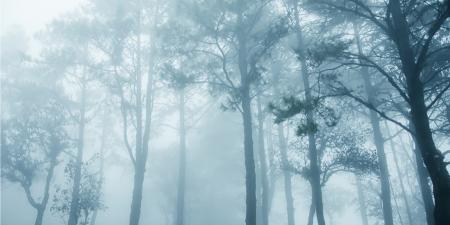 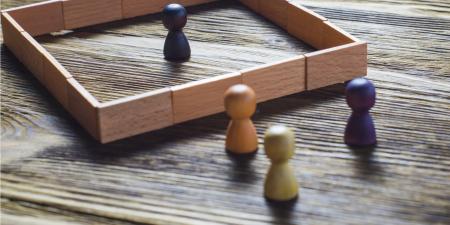 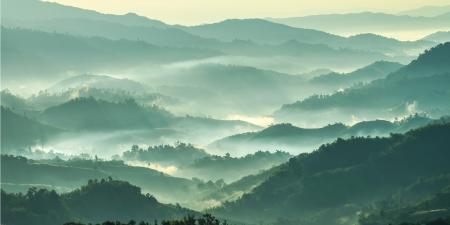