A small group of third-year medical students and interdisciplinary faculty sit around a table. The students look weary—stethoscopes slung around their necks, white coats slightly rumpled, pockets overflowing with smartphones, pens, scraps of paper, a half-eaten candy bar. They are not sure what to expect, but they are glad to sit down.

“Tell us a story about one of your patients,” an attending physician invites the group.

The students exchange uncertain glances. Finally, one takes the plunge. “Patient is a 32-year-old Latino male who presented with—”

Another faculty member smiles as she holds up a hand. “That sounds like a case presentation. Tell us a story.”

So begins an hour-long session in the internal medicine clerkship. One by one, students tell stories about their patients. Faculty and peers listen, eventually question, comment, and probe. The encounter touches on ethical, communication, and relational issues, but its primary goal is to introduce students to the concept of narrative medicine. At its core, the session is designed to help students appreciate the value of attending to the patient’s story and realize that when we tell stories about our patients, we are also telling stories about ourselves.

Students enter their third year longing to work with patients. Inevitably, this means learning something about the events and experiences that make their patients unique human beings. But students discover that their physician role models are often more focused on evidence-based medicine than patient-centered care. There does not seem to be enough time to listen to patients’ stories, or they are deemed “not relevant” to clinical care [1, 2]. As a result, these third-year students lose the opportunity to acquire compassion and empathy for their patients. If we, as their teachers, are not attentive to the narrative aspects of medicine, students’ capacity to relate to their patients’ stories might be lost.

The narrative medicine movement developed with the aim of returning attention and emphasis to patients’ stories [3-5]. The pioneering work of Rita Charon highlighted specifically literary aspects of patients’ narrative, such as frame (why the story is being told and for what purpose), tone (language, metaphor), time (both the chronological trajectory and the significance of time in the story), plot (what happens), and desire (what motivates the narrator to keep telling and the audience to keep listening to the story) [6]. Charon argues that narrative competence, including how to interpret, respond to, and be moved by patients’ stories, is an essential component of doctoring [7]. The inclusion of narrative medicine approaches in medical education is intended to stimulate critical thinking, develop moral imagination, and foster the desire to act beneficently to promote patient welfare.

Drawing upon this framework, the patient stories session introduces a narrative approach by addressing five specific objectives. First, it helps students distinguish between a “story” and a case presentation [8]. This is a valuable distinction. Case presentations organize facts; stories, with their coherent narrative arc, provide meaning [9, 10]. It is only the patient’s story that can tell us what the illness means to the patient, how illness has interrupted and perhaps permanently altered the patient’s life. By focusing on the patient’s view of his illness, the storyteller mentioned above began to reflect on what it might be like to be his patient—a young man with rectal bleeding untreated for a year because of lack of insurance.

Second, the session helps each student hone important listening skills such as attentiveness, curiosity, imagination, and emotional awareness [11], both by listening to the stories others tell and by listening to oneself telling the story. In this particular session, participants attended carefully to the metaphors and language the presenting student chose, as well as his body language, tone of voice, gestures, and silences. We were engaged with the plot twists in the story (the appearance of the patient’s lover), as well as its climax (the student’s disapproval of the patient’s attraction to same-sex partners). This kind of listening is different from the standard history taking modeled on the wards, in which the student focuses on extracting from the patient certain kinds of information judged to be pertinent to the diagnosis. When the student truly listens to a story, he or she seeks to enter that story as an empathic participant. Arthur Frank, a medical sociologist, calls this listening with, not merely listening to the story, because of the additional emotional resonance [12].

Third, by becoming involved in the patient’s care, medical students discover that they have also become involved in the patient’s story [13]. Inevitably, when they begin to tell the patient’s story, they leave their “handprints” all over it [14]. They have become characters in that patient’s story, and the patient has become a character in theirs. In the narrative described above, the student described a patient with whom he strongly identified: both were young and male, and they had certain cultural experiences in common. Yet he was a relatively privileged medical student, while the patient had avoided visiting a physician because he had no way to pay for care. This divergence troubled and confused the storyteller. Through the group discussion, he became aware that, to fully understand his patient’s story, he had to understand and become comfortable both with how it resembled and how it differed from his own.

Fourth, through storytelling, students move from a facts-based to an empathy-based understanding of the patient. When this occurs, an emotional connection is formed. Students begin to identify and explore both the patient’s and their own emotions [15]. The student telling the story above was concerned initially that his feelings of identification with the patient were too intense and would prevent him from rendering professional care. At the same time, as an evangelical Christian, he worried about what to do with his negative reaction to the patient’s homosexuality. The facts of this case had to do with rectal bleeding. The patient’s situation involved universal themes of vulnerability and fear—human feelings with which the student could empathize. But engaging with the patient’s “humanness” also raised judgment, even revulsion, toward a sexual orientation the student found morally reprehensible. Reconciling such conflicting emotions through the storytelling process enables students to strengthen empathy and compassion toward patients, in this way bridging gaps between differing values and life paths.

Finally, the storytelling session enables students to appreciate multiple perspectives on the same story [16]. Often two students are familiar with the same patient, and each contributes a slightly different point of view. These, combined with the insights of the “audience” (interdisciplinary faculty and remaining students) ensure that medical, emotional, psychological, cultural, and familial aspects of the story will be brought to light. Disagreements among faculty reassure students that colleagues can respectfully differ and that there is not one unitary truth to be discovered in another’s story. As he told his patient’s story, our medical student became more acutely aware of how the supervising resident evaluated the patient’s concerns (routine), why the patient’s partner perceived the situation to be so distressing (fear of cancer), and what else contributed to the patient’s ambivalence about seeking care (shame).

Students are generally appreciative of the storytelling session. They comment that it gives them a much-needed “safe space” [17] to reflect on aspects of medicine not normally discussed on the wards. They also report that hearing similar accounts from their peers reduces their sense of isolation and doubt about their own professionalism. Adopting a narrative turn, even if only for an hour, connects participants with themselves and with patients, peers, and faculty. Students begin to enlarge their view of what it means to “be a doctor,” to make room for exchanging stories about patients and oneself not only to advance diagnosis, but also to acknowledge and cultivate the human dimension of clinical medicine. A small minority question the value of these storytelling sessions because they emphasize exploring possibilities rather than providing answers.

When we take someone’s story in medicine, we implicitly promise to handle it respectfully and with care, to always remember that it belongs to the patient, and to try help the patient rewrite it in ways that are curative, ameliorative, and healing [18]. It is essential not to appropriate another’s story for one’s own ends or to do violence to the story by forcing it into a preconceived framework [19]. Similarly, at the end of the session, we return the story each student told to that student, by acknowledging that, whatever insights emerged during the group discussion, it is up to the student to determine what makes sense, what he or she can learn. If the process of telling, listening, reflecting, and empathizing is effective, each story becomes richer, deeper, more complex, and more nuanced than when it was first told. Ultimately, however, the story belongs to the student, who must decide how it will change in response to the comments and perspectives of the listeners. After we had reflected on this student’s story, he was better able to see the ways in which the two stories—his and his patient’s—overlapped and diverged. He was able to maintain an emotional connection with the patient without being overcome by his own fears and anxieties. By helping students to better apprehend and interpret the stories that swirl around them all day long, we hope they will become more empathic, more present, and more insightful physicians.

Can Professionalism Be Taught? 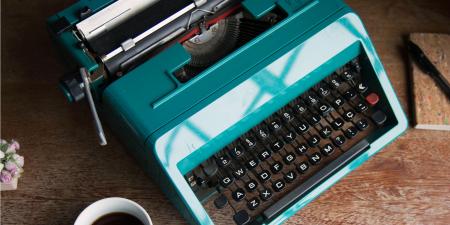 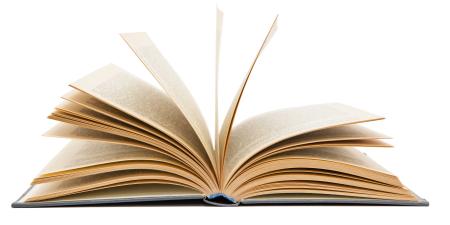 The Case History and Deferred Pain