Dr. Williams is expecting her mentee, Lauren, a third-year medical student, for a discussion of the residency options she is considering. Lauren has long had an interest in neuroscience and is trying to decide whether to pursue a residency in neurology or neurosurgery. Dr. Williams knows that Lauren is an outstanding student likely to excel and make important contributions in either field. She also knows, however, that the neurosurgery residency is significantly more arduous. She can’t help but think that, if Lauren wants to start a family, doing so during this residency could be especially challenging, and waiting until after residency would increase the chances that Lauren would not be able to get pregnant. Lauren recently mentioned a boyfriend to Dr. Williams in casual conversation, but otherwise the two have not discussed personal matters. Dr. Williams is not sure if she should broach the subject of having children during residency with Lauren. She does not want to hold Lauren back from pursuing her ambitions, but she also wants to help her think realistically about her future.

The case poses a dilemma that most professional women and, to an increasing degree, men must consider: balancing their work and personal lives. A career in medicine is immensely demanding of one’s time and energy, and thus for many people it can be challenging—though by no means impossible—to combine with the duties of parenthood. Though in many regards women have made great strides in the field of medicine—indeed nearly half of medical school entrants today are women [1]—many women still face the reality that their prime reproductive years coincide with medical school, residency, fellowship, or the tenure track. And while men are increasingly involved in the rearing of children, mothers are quite frequently the primary caregivers, even beyond the biological demands of pregnancy, birth, and breastfeeding. Recognizing the difficulties of balancing career and family endeavors, some residency programs offer extended part-time options or combined residencies in which two residents split the duties of a single resident’s job [2], though it is not common for residents to do so. Given these realities, medical school mentors and advisors realize their advisees may be struggling with these questions of balance when thinking about their career plans and that their thinking is likely to be informed by gender along with numerous other social and personal factors. In this case the mentor, Dr. Williams, is unsure whether she should raise questions about Lauren’s personal life for fear such questions might “hold her back” or be perceived as discouraging Lauren from the more challenging career course.

Before discussing the case in particular, it is important to consider the role of advising in general. Advising is not telling people what they should do, nor is it simply agreeing with the plans laid out. It is first hearing the concerns of the person being advised, secondly helping her (in this case) articulate what is important to her, and thirdly providing information and raising questions that the person may not yet have considered—to generate further discussion about the choices that are being made and the compromises that each may require. Sometimes the advisor has greater expertise in the matter being discussed, but not necessarily. The advisor does have life experience that can be shared and that may be helpful to the student. Obviously the advisor should raise questions in the spirit of exploration and to expand the student’s understanding, not to discourage the student from a particular course of action.

The first line of inquiry for the advisor is what Lauren finds attractive about neurology and neurosurgery respectively and what she finds less so. The two specialties under consideration offer quite different approaches to clinical practice. Often through these conversations—through explaining one’s reasoning to another—it becomes clearer to the student which field is more compelling.

It is also important to understand what exposure the student has had to both fields. Presumably Lauren has completed a monthlong clerkship in neurology. What does she understand about a career in neurology? Unless she has had other experience in neurosurgery, she has had only brief exposure to it, given the organization of most surgical clerkships, so it would be important to explore her sense of what a career in neurosurgery would entail. If at the end of this discussion she is still undecided, it would make sense for her to plan an advanced experience in neurology as well as a neurosurgery elective, which she would need in any case if she were to apply to a neurosurgical residency.

As part of any career advising it is also useful to have the student talk a bit about how he or she envisions the next 5 or 10 years and what he or she hopes for in and out of medicine. At this point, if the desire for a significant relationship and children comes up, it is reasonable to ask about the student’s thoughts on that. How does Lauren envision balancing the demands of a family with the demands of a career? Importantly, the advisor can reassure her that such a balance is quite possible but caution that it generally requires thought and compromise. The compromise need not be giving up a desired specialty but it may involve making choices that will allow greater flexibility. In this case, it would be wise for Lauren to try to talk to some neurologists and neurosurgeons about their careers, personal lives, and how they meet the demands of both and to use that information in thinking about her own future.

This discussion can be somewhat fraught due to the perception that relationship and childbearing questions are only asked of women and that to bring these matters up is therefore sexist. And, in truth, most men are not asked that question—the assumption is generally that if they are in demanding professions and want to have children there will be someone there (partner or spouse) to care for those children while they pursue their careers. Increasingly, of course, this is not the case, and both men and women would be wise to consider—and mentors would be wise to bring up—what is important to them both in and outside of their professional lives.

That said, there are definitely circumstances in which consideration of personal life has been used in a sexist manner. That is why questions concerning marriage plans and children, for instance, are no longer asked in residency interviews. But it is a very different circumstance when a student is asking for advice and seeking to better understand her options. In this situation it is important to consider all the aspects of the decision. It is up to the student how to use that information.

I strongly disagree that raising the issue of children might “hold Lauren back” because of the implication that asking the question is itself discouraging. There is no particular reason why consideration of Lauren’s goals outside of medicine should be considered discouraging or that the question implies that she cannot pursue the specialty that she wants. All choice involves compromise, and it is wise to understand the potential compromises when making a choice. If one is fortunate enough to have a choice of career, I favor following the one that is both intellectually interesting and emotionally satisfying. But anything Lauren decides will have consequences on the rest of her life, and it makes sense to consider these repercussions no matter what her final decision is. This is an opportunity for the advisor to work with the student on clearly identifying important and potentially competing goals and how they can be achieved. Failing to raise the question prevents the possibility of a productive approach to the issue.

How Should Organizations Respond to Racism Against Health Care Workers?

Motherhood and Medical Ethics: Looking beyond Conception and Pregnancy 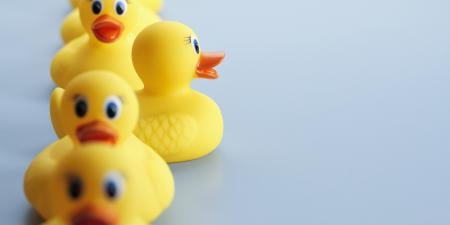