“Study says cost of autism more than cancer, strokes or heart disease” [1]. This was one of many “screamer” headlines announcing new research on the cost to the UK and US economies of lifespan care for people with autism spectrum conditions [2]. Lost in media examinations [3, 4] of these 2014 cost estimates—which can be misleading, since only a small minority of people with autism ever receive the “ideal” services on which the cost estimates were based—was that they were predicated on the assumption that mothers of children with autism work less and purchase large packages of services, many of which are not supported by evidence and may be more costly than services shown to be effective.

This is one topic around which autism’s past intersects with its present. The current expectation of full-time, “professional” autism parenting is rooted in a discourse of mother blaming persistently woven into the history of autism, even before the condition was named and defined.

This history begins with a moral panic over the behavior of the urban poor. A new notion of middle-class childhood that arose at the end of the nineteenth century, characterized by pampering, protection, and education, fostered fears over “troublesome” children: children with disabilities or low intellectual ability, street children, and juvenile delinquents. Children in these categories were targeted by a child-saving movement funded by the upper class and staffed by the middle class, particularly middle-class women. United in their vision that poverty, immorality, and antisocial behavior could best be attacked by reshaping childhood, these “child savers” undertook myriad initiatives: compulsory education, settlement houses, juvenile courts, reform schools, welfare departments, child protection organizations, and research centers focused on child psychology, psychiatry, behavior, and criminology [5, 6].

The child-saving institutions most relevant to later treatment of autism were child research facilities and the Child Guidance movement, which sought to put research findings into practice. In 1922 the Commonwealth Fund boosted the campaign to prevent delinquency by underwriting demonstration programs at American Child Guidance clinics for children with emotional and behavior problems as well as those believed to have criminal tendencies, and by spreading the use of standardized psychological and intelligence testing [7]. For the first time, the mass population of children and mothers could be examined.

Clinical work was typically with mothers rather than the children themselves. For example, sociologist Ernest Groves, who with his wife Gladys Groves pioneered marriage counseling within Child Guidance clinics, declared that even typical mothering was pathological and in need of scientific improvement. The Groveses suggested that both too much affection and too little attention could impair development and directed parents towards professional guidance to get the balance right [8]. Through books, radio programs, speaking tours, and magazine articles, pundits like the Groveses, pediatrician and psychoanalyst D.W. Winnicott, and, eventually, psychologist Bruno Bettelheim sought to change the behavior of mothers to prevent social disorder, crime, and disability. Only with professional guidance and scientific practice, they argued, could mothers save their children and, by extension, society. “Correct” mothering practice was extensively described, starting with the right way to hold and feed an infant and moving on through when and how often children should be hugged, kissed, scolded, or spanked. Psychologists claimed correct maternal behavior would lead to hard-working, self-disciplined, law-abiding adults; any variance would create weak-minded, badly behaved, aberrant adults with a propensity for crime and radicalism [9].

In this context, under the direction of psychiatrist Adolf Meyer at Johns Hopkins University, Leo Kanner established in 1930 the first US child psychiatry clinic [10], which was strongly influenced by Child Guidance precepts [11]. Meyer introduced two key principles: the primacy of the case study in child psychiatry research and mother blaming. Meyer wrote that the home studies he performed with his wife, Mary Potter Meyer, “obtained help in a broader social understanding of our problem and a reaching out to the sources of sickness, the family and the community”—that is, to mothers [7].

Kanner’s small collection of case studies defined what he called “autism” as a unique psychiatric disorder starting in childhood. Although his highly influential first article points to possible “inborn” causes [12], his assumptions about parental causation are clear throughout his first article (the case studies include long, negative descriptions of the children’s parents) and many subsequent writings [13]. Nor was Kanner alone in his beliefs: other influential theorists, such as Margaret Mahler, Melanie Klein, and Frances Tustin also identified aberrant parenting as the cause of autism [9]. As schizophrenia, too, was assumed to have a parental cause—the “schizophrenogenic mother” [14]—the borrowing of the term “autism” from Eugen Bleuler’s early writings about schizophrenia and the decades-long use of “childhood schizophrenia” as a synonym for autism further cemented this concept.

Along with their now-much-maligned colleague Bruno Bettelheim, who further popularized the figure of the “refrigerator mother,” these eminent researchers were wrong [15, 16]. Parents needed only to look at their other, nonautistic, children to see it. But challenging a hegemonic discourse is difficult, and it was especially so in this context, since the Child Guidance movement had long since popularized the idea that professionals were far more knowledgeable and trustworthy than ordinary parents.

In response, however, starting in the 1960s, parents created support and pressure groups. Better research, often driven by parent-researchers like Lorna Wing, slowly turned the tide away from the idea that mothers’ behavior caused autism. Change was nonetheless slow: as late as 1983, researchers still felt the need to point out the poor evidence base linking parental pathology and autism and to reexamine the literature about it [15]. Experts have since reached a general consensus on this topic [16]. But rather than disappearing, mother blaming adopted more covert guises.

Behaviorist methods for treatment of autism, first popularized in the 1970s by Ivar Lovaas, were also predicated on mother blaming. Many radical behaviorists saw infants as a “blank slate” onto which behavior was imprinted through infant-parent interactions [17]. Lovaas’s applied behavior analysis (ABA) therapy presented methods for teaching absolute obedience to adult demands and behavioral conformity as a “treatment” for autism, the stated goal of which was to make children with autism “indistinguishable from their peers” [18]. This was to be achieved through up to 40 hours per week of repetitive drills, typically carried out by mothers working one-to-one with their child under professional supervision. ABA is still considered a mainstream approach, despite ethical concerns, high costs, and an uneven track record [19]. Such intensity demands that mothers be engaged in “therapeutic parenting” almost every waking moment. This is only a subtler iteration of the child-saving mentality that places blame for autism, via responsibility for prevention or amelioration, on mothers’ heads.

No longer the abjected “refrigerator mother,” today’s “autism mom” is supposed to be a child-saving hero, expected and encouraged to do anything and everything in pursuit of normalcy, from special diets to special schools, from medications to therapeutic toys. The discourse, however, remains one of covert parental guilt: if your child becomes an autistic adult, it’s your fault because you failed to do enough to save him or her. The autism mom must position herself as a heroine, locating and tirelessly attacking the threat of autistic symptoms through purchase of the right therapies; avoiding “toxins” in the diet, environment, and medicines; and accepting that autistic behavior is wrong and must be countered via psychiatric medication or direct action. Although it is tiring, expensive, and frustrating, many parents feel driven to take up this role: it was parents who founded and funded most of the earliest autism-specific schools and therapy programs in the 1960s and 1970s [20]; it is also largely parents who have led the recent autism-focused crusade against vaccinations.

This social pressure to save one’s child together with socioeconomic changes in the neoliberal state, in which public services are defunded and increasingly unavailable, have resulted in direct marketing to the medicalized family home. The most dangerous, bogus therapies, from Lupron injections to bleach enemas, have been promulgated through direct appeals to mothers. The memory of direct mother blaming persists, emerging as a distrust of traditional medical and educational experts. Parents are expected by the state to act as treatment coordinators and valorized by other parents for taking the most visible, costly, and extreme steps, as if by doing so they can ward off blame.

Those selling interventions for autism have since the 1960s used parents as marketers and sometimes as shields against criticism. For example, the since-discredited drug Secretin was marketed via parent testimonials, first on Internet mailing lists and then on national television [21]; today dodgy stem cell clinics routinely rely on “parent testimonials” on mailing lists or social networking sites to bring business their way [22]. In France, where psychological explanations continue to hold sway, parent advocacy groups have become the marketing agents for “modern” therapies like ABA that appear to shift blame away from parents [23]. Parents have been marshalled to defend the indefensible, including abusive programs—for instance, by being encouraged to write letters to newspapers and judges praising facilities where autistic children have been harmed or having their stories disseminated as a cover for discredited practitioners like Andrew Wakefield [9].

And yet, despite intense parental effort, children with autism continue to become adults with autism. Services shown by research to have measurable impact on outcomes are few, although special education, not generally available before the 1970s, can help [24].

The costs of continued mother blaming are high, and not only financially. Encouragement to heroics can cause direct physical harm to autistic people. Psychological damage may also occur, both to wrongfully guilt-ridden parents and to people with autism, who get the message that they are “sick” or even, since some extreme therapies carry fatal risks, that having autism is a fate worse than death. The extreme focus on child saving also contributes to a lack of services for autistic adults: if you believe your child can and should be cured, that becomes the goal rather than fighting for inclusion, services, and support in partnership with disabled adults. For the sake of people with autism and their families, we need to do better.

The Ghost of the Schizophrenogenic Mother 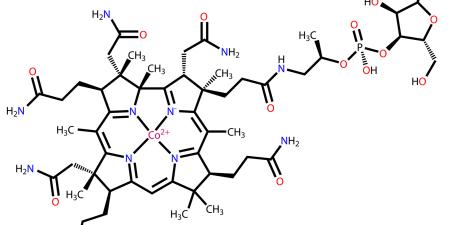