Cochlear implants, so-called bionic ears, are surprisingly controversial. Most of us in the hearing community see them as medical miracles that restore the precious gift of hearing to the deaf. But many people within the Deaf community (where the capital letter signals the fact that this is community bound by a shared culture, and not merely by a shared deficit) see the implants as an attack upon them and their group. For them, deafness is not, or not only, a disability; it is also the necessary condition of belonging to a rich and ongoing culture, with its own language, its own art forms and its own values. The Deaf see the cochlear implant not as a cure for a disability, but as a means of cultural genocide [1].

Some philosophers have argued for this view. Writing in the Journal of Political Philosophy, for instance, Robert Sparrow argues that, given the fact that cochlear implants predictably lead to the destruction of Deaf culture, it is impermissible for governments to fund research into the implants. He believes that governments in multicultural societies have an obligation to be culturally neutral, and funding such research violates that obligation [2].

We might be forgiven for doubting the first premise of this argument, that there really is such a thing as Deaf culture. No doubt there are some differences in the values and practices of those who associate mainly with other deaf people, and no doubt, given the fact that the Deaf have a language of their own, these differences go deeper than the defining traits of the majority of subcultures that proliferate within Western countries. Still, there is little evidence that these differences are very deep. Because there is no clear answer to the question of when a subculture becomes a distinct culture in its own right, however, we do well to ponder Sparrow's argument on its merit, setting our doubts aside.

If cochlear implants represent a threat of cultural genocide, this is a threat that takes a form which is unique, because the means of transmission of Deaf culture is unique. In almost every other culture (gay culture, if there is one, is the only other exception), parents share and transmit their culture to their children. But only 10 percent of deafness is inherited. Hence, most children who join the Deaf culture leave their parental culture to do so. To that extent, there is a crucial difference between the Deaf culture and all others in which the urge for solidarity coincides with the desire of parents that their children follow in their footsteps. With the Deaf culture, parental desires can clash with community goals, for if there is a distinct Deaf culture, parents can legitimately worry that, if their children join it, they risk becoming estranged, at least somewhat. Parents have a greater (although not absolute) claim to decide what culture their children belong to than do others. On those grounds, the wishes of hearing parents that their deaf children have the opportunity to share their culture by having cochlear implants ought to have a greater weight than the wishes of the Deaf culture to preserve its way of life.

There are hard cases in which the wishes of parents and the Deaf culture actually coincide. Consider the recent case in which a deaf lesbian couple deliberately sought to have a deaf child, using donor sperm from a deaf friend [3]. In this case, their wish to have a child who shared in their culture meant having a child who would be deaf. Here, the presumption in favor of parental choice concerning the values and culture of their children supports the wish deliberately to choose deafness in one's child.

Though there is a strong presumption in favor of a right of parental choice, this is not a choice with an unlimited scope. The scope of parental rights is limited by the child's right to an open future: a future that contains a range of incompatible and valuable choices. Deafness is a disability, even if it is a disability that (perhaps uniquely) carries with it the compensation of access to a rich culture. But not all aspects of life in the Deaf culture can be viewed as just as advantageous to life goals as those in the hearing majority. For example, the Deaf score badly on a variety of socioeconomic measures. To that extent, Deafness narrows the child's future too significantly for it to be legitimately included within the scope of the parents' right to choose their children's culture [4].

Note, moreover, that even if we thought that the parents' right to choose their children's culture was so significant that it outweighed the child's right to an open future, Sparrow's conclusion—that governments must not fund this research—does not follow. If the right of parents is so weighty, then we need a very good reason to deny hearing parents the means of exercising their right to bring their children into the hearing culture, and absence of government support for developing technology would deny hearing parents the exercise of that right.

There is every reason to think that cultural innovations, including technologies, have a profound impact on human cultures. Indeed, some thinkers believe that distinctively human thought, with its characteristic power and creativity, is due in very important part to technological enhancement [5,6]. We are capable of systematic thought only because we are capable of using external devices to represent our ideas and to augment our brains. With the invention of writing and other forms of external representations, new cognitive landscapes became accessible. To the extent to which we only became properly human when we enhanced ourselves technologically, the fear that such technologies are somehow unnatural is baseless. If Deaf culture succumbs to the pressure of cochlear implants, this will be in some ways sad, but it will not be tragic, since the children who might have belonged to that culture can be expected to have a broader range of choices and opportunities in the mainstream. But the expansion of our technological capabilities carries with it other risks, most pressingly of injustice and inequality. They are no less pressing for being so familiar. 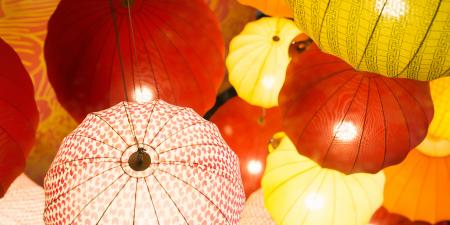 Guiding Patients Toward Prudent Use of Technologies