Nontherapeutic circumcision (NTC) of male infants and boys is a common but misunderstood form of iatrogenic injury that causes harm by removing functional tissue that has known erogenous, protective, and immunological properties, regardless of whether the surgery generates complications. I argue that the loss of the foreskin itself should be counted, clinically and morally, as a harm in evaluating NTC; that a comparison of benefits and risks is not ethically sufficient in an analysis of a nontherapeutic procedure performed on patients unable to provide informed consent; and that circumcision violates clinicians’ imperatives to respect patients’ autonomy, to do good, to do no harm, and to be just. When due consideration is given to these values, the balance of factors suggests that NTC should be deferred until the affected person can perform his own cost-benefit analysis, applying his mature, informed preferences and values.

The foreskin is a complex genital structure that covers the head of the penis and performs a variety of sexual, immunological, and protective functions. With a total adult surface area of 30-50 cm2 [1, 2] and dense innervation, the foreskin is highly touch-sensitive tissue [3]. Its contractible muscle fibers exclude contaminants [4], while its mucous surface provides a second, immunological layer of protection [5, 6]. The foreskin keeps the glans moist and facilitates a gliding action that promotes pleasurable sexual sensations [7-10].

Nontherapeutic infant or child male circumcision (NTC)—the removal of a child’s foreskin in the absence of a valid medical indication—is an unnecessary surgery that causes pain, permanently alters the penis, and needlessly exposes a healthy child to risk of iatrogenic injury [13]. If a man assigns value to the foreskin itself, as most noncircumcised men do, the loss of this tissue constitutes a harm, regardless of whether there are surgical complications [14]. The American Academy of Pediatrics’ (AAP’s) 2012 position statement, which asserts that the health benefits of NTC outweigh the risks [15], is in conflict with a consensus of Northern European medical authorities [16]. As the AAP acknowledges, men rarely volunteer to undergo a circumcision [15]. Growing numbers of adult males are angry that the procedure was forced on them before they could decline [17, 18]. As will be demonstrated, removing healthy tissue from nonconsenting minors is inconsistent with widely accepted ethical norms.

Benefit versus Risk of Harm Is the Correct Standard

Although risks and benefits are commonly compared in evaluating circumcision, the risk-benefit calculation was developed for therapeutic procedures and is not applicable to a nontherapeutic procedure, especially one that removes a genital structure with known functions [14]. The correct standard for evaluating nontherapeutic surgeries thus is not risk of surgical complications versus benefit but risk of harm versus benefit [14]. Insofar as the foreskin itself has value, its involuntary loss is a harm per se that must be included in the analysis.

Other iatrogenic consequences of NTC include:

Without an unambiguous medical rationale to counterbalance the trauma and pain, risk of complications, and iatrogenic harm—including sexual harm—that results from circumcision, it is difficult to justify ethically.

Benefits Do Not Outweigh Risks

Evidence suggests that circumcision can reduce the risk of urinary tract infections (UTIs) [16] and (when performed in adulthood) of female-to-male transmission of HIV in sub-Saharan Africa [27-29]. However, the first benefit has been questioned, and there is no evidence from controlled studies linking the second benefit to NTC in developed countries. Accordingly, I contend that neither benefit is great enough to outweigh the harm of the surgery or to justify performing it without informed consent from the affected person.

Urinary tract infections. Frisch et al. noted that the only relevant benefit of circumcision in infancy is a reduction in the risk of contracting a urinary tract infection (UTI) in early childhood [16]. According to the Cochrane Review, circumcision cannot be shown to meaningfully lessen the risk of contracting a UTI [30]. Moreover, even if NTC were able to substantially reduce the incidence of UTIs, this would not be sufficient to render the procedure ethically acceptable, because these infections are rare (approximately 1 percent) in boys, are generally confined to the first half year of life, and are susceptible to easy treatment with oral antibiotics [31, 32]. There is also evidence that circumcision can sometimes cause UTIs [33, 34]. Performing 100 circumcisions in an attempt to prevent one UTI will result in twice that number of complications, including “cases of hemorrhage, infection, or, in rare instances, more severe outcomes or even death” [35].

HIV-AIDS. Current claims that NTC has benefits exceeding the risks largely stem from three randomized controlled studies conducted in sub-Saharan Africa. These studies found that voluntary male circumcision reduces the risk of female-to-male transmission of HIV during unprotected intercourse [27-29], with a relative risk reduction of 38-66 percent [36]. The risk reduction in absolute terms only comes to about 1.3 percent [37], and long-term effects are not well established. Moreover, one of the RCTs found that NTC led to a 61.9 percent relative increase in male-to-female HIV transmission and an absolute increase in risk of 8.3 percent [38]. These latter findings suggest that any reduced risk of women infecting men can be counterbalanced by a correspondingly increased risk of men infecting women [32, 39].

Nevertheless, studies performed in impoverished third-world settings cannot justify NTC in a first-world setting with populations having dramatically different HIV profiles [40]. In Western countries, HIV primarily infects men who have sex with men, a cohort that has not been reliably proven to be protected by NTC [41, 42]. In any event, as Frisch et al. state, “sexually transmitted HIV infection is not a relevant threat to children” [43]. Prominent AIDS researchers no longer consider circumcision a significant part of the effort in eradicating HIV [44-46], deeming the best preventive measures to be “condoms, treatment for HIV-infected individuals, or clean injection equipment” [47]. Since NTC provides no appreciable health benefits to the infant or young child, the procedure should be deferred until the affected individual can decide for himself.

Catholic moral principles question consent by proxy to NTC, all the more so if the procedure is to be performed on a healthy child and can be predicted to effect a permanent change in normal anatomy or might negatively impact the functions of a nondiseased organ [48]. In what follows, it will be shown that NTC conflicts with each of four cardinal ethical principles of medicine.

Respect for patient autonomy. Respect for autonomy is perhaps the paramount ethical principle in Western medicine [49]. Circumcision before the age of consent deprives the child of a body part that he would otherwise likely appreciate [50] and thus fails to preserve his future autonomy. The Centers for Disease Control and Prevention (CDC) [51] states that “Delaying male circumcision until adolescence or adulthood obviates concerns about violation of autonomy” [52] and that any medical disadvantages associated with such a deferral “would be ethically compensated to some extent by the respect for the [bodily] integrity and autonomy of the individual” [53].

Nonmaleficence (“do no harm”). The principle of nonmaleficence prohibits infliction of unnecessary harm on the patient. As discussed above, since NTC imposes on a healthy child the risk of significant harms without certain and substantial countervailing benefits, it cannot pass the nonmaleficence test. Supporting this principle are two further ethical guidelines. First, physicians cannot ethically take orders from parents or guardians; the AAP maintains that it is a legal as well as an ethical rule that a physician’s duty is to the patient alone [54]. Second, physicians should not normally perform unnecessary surgery on children, especially insofar as the procedure involves the removal of healthy, functional tissue [55]. Courts have upheld the same conclusion. In Tortorella v Castro, a California appeals court found it “self-evident that unnecessary surgery is injurious and causes harm to a patient. Even if a surgery is executed flawlessly, if the surgery were unnecessary, the surgery in and of itself constitutes harm” [56].

Beneficence (“do good”). Douglas Diekema has explained how the ethical principle of beneficence applies to the care of children:

To conform to the standard of care, all surgical or other interventions must be in the best interests of the patient, and have some reasonable prospect of providing a tangible benefit to him. In general, parents cannot subject a child to medical procedures that place the child at significant risk of serious harm unless there is a corresponding benefit that is likely to outweigh the potential harms. Non-therapeutic procedures that involve excessive risk should be avoided [57].

As noted, the balance of opinion among medical authorities in Northern Europe is that the risks and harms of NTC are not outweighed by tangible benefits [16]. Moreover, as discussed above, there are no valid medical indications for prophylactic circumcision [58, 59]. Accordingly, infant circumcision fails to meet the ethical requirement of beneficence.

Justice. To comply with medical ethics principles, physicians must treat their patients fairly and impartially. The ethical principle of justice is violated by the availability in Western countries of legal protections from unnecessary genital cutting for girls—but not for boys [32]. Males have a right to an open future [60] and, accordingly, justice mandates protecting their right to natural genitalia along with girls’ corresponding right.

In response to recent Danish research showing that the overwhelming majority (roughly 98.3 percent) of genitally intact (not circumcised) boys will not require a circumcision for medical reasons before an age of legal majority [61], a former member of the AAP Task Force on Circumcision, Andrew L. Freedman, conceded that circumcision is fundamentally a religious or cultural practice in search of a “medical” justification [62].

As argued here, nontherapeutic circumcision of male minors is not medically justifiable and violates the cardinal principles of medical ethics, including preserving a child’s future autonomy, nonmaleficence, beneficence, and justice. Circumcision should be at least delayed until the affected person reaches an age of understanding and is able to make his own risk-benefit analysis. Notably, the Danish Medical Association issued a policy paper in December 2016 that found NTC before the age of informed consent to be unethical [63]. Physicians’ legal right to operate on healthy children is also questionable. In 2012, a German court held that circumcision constitutes criminal assault by causing bodily harm and denying a child his right to physical integrity, although the decision was later legislatively reversed [64]. And in 2015, in a case involving female genital cutting/mutilation, a British judge found that nontherapeutic circumcision of male children is a “significant harm” [65]. As the balance of legal, ethical, and human rights discourse moves steadily against NTC, courts in the US and elsewhere might gradually conclude that NTC is inconsistent with medical professionals’ ethical and legal duties to the child.

The vast majority of medical practitioners have the best interests of their patients at heart; if they recommend or agree to circumcision, it is usually in the belief that it does more good than harm. As more physicians are coming to realize, however, this belief is misguided: many physicians to whom I speak these days now say that they would prefer not to circumcise and only do it because the parents ask for it. At the same time, it is often the case that the only reason parents ask for it is because they believe circumcision is medically beneficial, recommended by health authorities, or the normal thing to do. It is time for this vicious circle to be broken. Who better to take the initiative than the community that introduced NTC in the first place—the American medical profession? 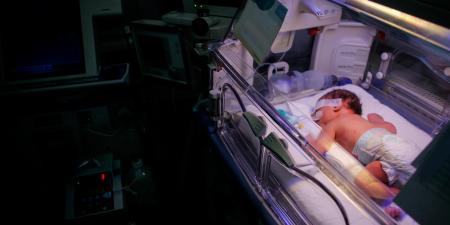 Should Long-Term Consequences of NICU Care Be Discussed in Terms of Prognostic Uncertainty or Possible Harm? 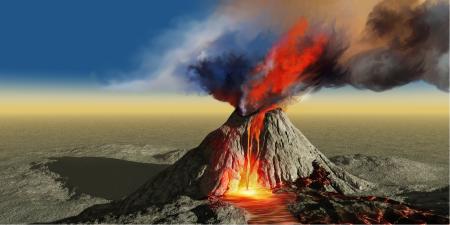 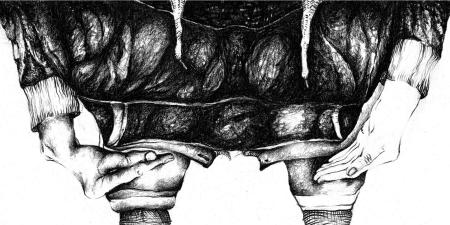 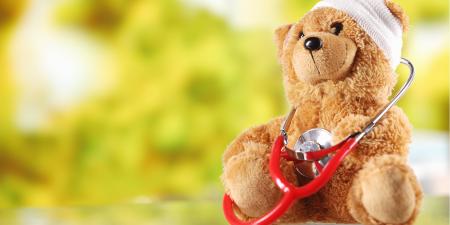 Etiology and Manifestations of Iatrogenesis in Pediatrics