Looming large-scale physician shortages have prompted a flood of studies into the nature of the problem, its causes, and its potential ramifications. For instance, last year’s Massachusetts Medical Society Physician Workforce Study revealed the already critical deficits in the current supply of doctors in several specialties, with internal medicine and family medicine achieving the most severe ranking of “critical” short supply [1]. Similarly, many workforce studies across the nation have indicated that the demand for medical services has stretched current resources and will far outstrip physician supply by the end of the next decade [2]. With an impending physician shortage, it is particularly alarming that fewer U.S. medical school seniors are choosing to go into first-line primary care professions. Since 1985, the number of residents selecting internal medicine (IM) has dropped more than 40 percent, and general IM training has declined more than 50 percent since 1994 [3].

Studies conducted in the 1980s and ’90s identified factors that promoted careers in IM—including increased curricular exposure to primary care—and those that were roadblocks to IM—including work hours, income, increasing levels of debt, types of patients seen by generalists, and perceived satisfaction of physicians in the field [4-7]. Since then, there has also been a perceived shift in preference toward career paths that offer a controllable lifestyle [8]. It is thought that these factors led to the trend away from generalist careers and the declining interest in primary care [9]. The question at hand is whether these same motivations hold true still, or whether there are new, dominant factors to consider when devising strategies aimed at attracting students into primary care fields to meet the anticipated future demands of a changing population.

A 2008 study by Hauer and colleagues aimed to identify training experiences and perceptions that influenced medical student choices concerning generalist graduate training, either positively or negatively [3]. Seeking to find modifiable factors related to students’ decision-making process, they surveyed graduating medical school students online. The survey was answered by 1,177 respondents from 11 medical schools. Roughly 23 percent of students reported that they were likely to enter an internal medicine training program, but only 2 percent of the sample sought careers in general IM. Surprisingly, around 78 percent of all respondents were satisfied with their IM clerkships, though only 19.4 percent felt this made a career in general IM more attractive, and 48.8 percent thought the IM clerkship made subspecialty IM more attractive. Regardless of residency choice, 78.2 percent of students thought that their core IM clerkship provided enough insight into the life of an internist to adequately inform their decision about IM as a career.

A majority of respondents thought that internal medicine required greater breadth of knowledge than other specialties, but coupled with more paperwork and less pay. The most-cited positive influences included the intellectual challenge of internal medicine, continuity of care, and the quality of training. The most commonly cited detractors from IM included paperwork and charting, attractiveness of other fields, types of patients seen by internists, lack of boundary between home and work, and an overall lack of appeal for being a primary care physician. Surprisingly, debt was not named as a predominant detractor.

Statistical analysis of student answers showed that three factors contributed to 46.1 percent of the variance in responses. Students who favored IM were more positively influenced than other students by the nature of patient care, their educational experiences in IM, and the lifestyle associated with internal medicine. Among students who did not choose internal medicine, 44 percent considered IM a possibility, while 56 percent did not. In both groups, the nature of patient care (including taking care of the elderly, chronically ill, and alcohol- and drug-abusing patients; continuity of care; and the general appeal of being an internist) pushed them away from the field despite their positive educational experiences.

From these data, Hauer and colleagues concluded that, given the positive effect of educational experiences, curriculum development should be part of the strategy to counteract the decline in positive attitudes toward treating chronically ill patients that takes place during training. Positive views on the nature of patient care predict IM residency choice. The authors caution, though, that merely increasing exposure to internal medicine patients could in fact be detrimental to student attitudes toward IM. Care must be taken to ensure that students are involved in organized, team-based care and a streamlined practice environment that effectively manage patients with complicated health problems.

Hauer et al. further concluded that curriculum development alone is not sufficient to solve the current problems, inasmuch as most respondents claimed high satisfaction with their core IM clerkships. Studies like this one that find significant noncurricular influences in residency choice suggest that the field needs systemic change. The increasing demand on primary care physicians to provide complicated care to chronically ill patients in shorter amounts of time, coupled with increasing administrative burdens, can cause lower job satisfaction, which, in turn, leads internist role models to be less than enthusiastic in recruiting new students to the field.

While the authors mentioned that comprehensive health care reform and the medical-home model might address lifestyle and personal-satisfaction concerns better than looking at reimbursement alone, they did not directly speak about the effect of financial incentives on the choice of particular specialties. In the same issue of JAMA, however, a study on mean income versus residency fill rates by U.S. medical school graduates revealed a direct correlation between increased fill rates and higher salary—a linear relationship that had persisted from a study conducted 20 years prior [10, 11]. It suggested that the continuing decline of residency fill rates for IM was dependent upon the increase of more lucrative options, perhaps independent of career perception and other training influences. Since 2004, the number of residency positions available in plastic surgery, otolaryngology, neurology, emergency medicine, diagnostic radiology, and anesthesiology has grown by at least 10 percent, while the number of categorical IM positions has remained stable, and primary care medicine positions in general have fallen by 10 percent [12].

Goodman, in an editorial in the same issue of JAMA, identifies another way to approach rectifying the decline in primary care physicians [13]. He focuses less on why students choose to go into nonprimary care specialties and more on the “policy vacuum” that makes it possible for self-interested institutions to generate more resources for subspecialty programs than for primary care residency training. He suggests that public funding for residency positions could align institutional priorities with public need. This “conditional” funding comes with the requirement for a commission that is representative of all aspects of the health enterprise, from patients to educators, physicians, payers, and public health experts, to help guide public health workforce planning. Goodman argues that the current, unregulated system is unlikely to produce a more efficient health care system or one that meets public health needs. Although conditional funding might result in more physicians going into primary care, they would not be there because of the attractiveness of primary care, but because of decreased options.

Is it possible to make primary care more attractive? The predominant focus of the Hauer et al. study was the formative medical school experiences that might influence residency choice. Yet the results indicated high satisfaction with core clerkships in internal medicine. This suggests that noncurricular explanations play key roles in students’ specialty choices and that perhaps students are drawn into other specialties rather than being pushed away from IM. As Hauer and colleagues noted, students who selected IM were likely to associate their choice with their perception of positive role models who exhibit enthusiasm for mentorship and are generally satisfied as residents and attending physicians. These role models, in turn, are a critical reflection of the state of general medical practice; their attitudes regarding their profession—reflecting the nature of patient care, career environment, and overall job satisfaction—are transmitted directly to medical students.

Finally, there is the underlying question of whether having more physicians in general practice will actually create better health outcomes. Though past studies have demonstrated correlations between positive health outcomes and strong primary care structures, further study is needed to determine whether physicians, rather than allied health professionals, need to fill this role [14, 15]. In conclusion, it is imperative to decide what question we want to answer.  Should we ask the fundamental question Hauer et al. leaves us with—what should we change about the nature of medical training or career environment that will entice the future generation of physicians to general practice? Or, should we instead examine whether our primary care delivery model and current notions regarding the role of the primary care physician need revision? 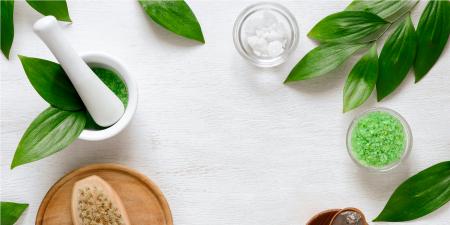 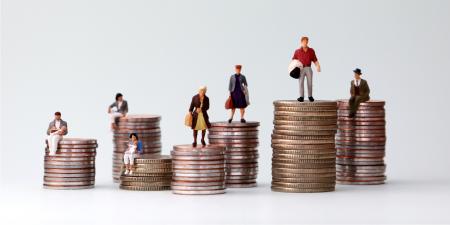 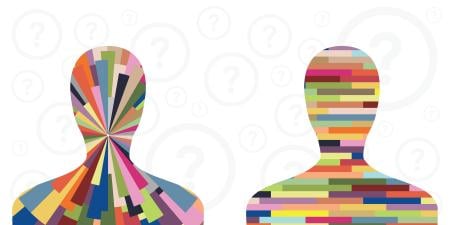