Mrs Niro came into the clinic with her cousin, Cheryl, to see Dr Angela Cartwright. Mrs Niro had left her home country 1 month before to live with Cheryl, Cheryl's husband, and their 3 children in the United States.

According to Cheryl and Mrs Niro, Mrs Niro's husband has been abusing her since the day they married 6 years ago.

"He gets angry if he has a bad day at work or if he loses money on a bet or if the food is a little cold," Mrs Niro explains. "When he starts to get angry I can't do anything to calm him down. He hurt my right arm and broke my nose. My back is always sore from where he hit me with a chair."

After the latest episode, Mrs Niro spent a week in the hospital. The doctors were willing to release Mrs Niro after 2 days, but she convinced one of the doctors to keep her for the rest of the week for "observation" so she could avoid going home while her husband cooled off. This also gave Cheryl more time to get a vacation visa for Mrs Niro to come to the United States. Mrs Niro doesn't want to return home because she knows if she does her husband will kill her. Cheryl wants Mrs Niro to apply for asylum.

Dr Cartwright examines Mrs Niro and takes a medical history. Dr Cartwright sees signs of eye damage and makes a note for an ophthalmologic consultation. Mrs Niro cannot hear very well out of her left ear, and x-rays show signs of fractures to her nose and collar bone that are not fully healed. One of her shoulders has a number of scars. Mrs Niro says these are from when her husband hit her with a bottle.

Dr Cartwright asks Mrs Niro if she calls the police or if she has ever pressed charges against her husband.

"Why would I call the police? Everybody knows they won't do anything to help me. Maybe they will agree with me that I have bad luck to have such a husband, but they won't help me. Besides, that will just make him more angry."

Physicians have traditionally been resistant to diagnosing conditions for which they have no treatments. Historically, domestic violence has fallen into this category. Over the last generation though, most US states have developed legal assistance, police protection, hotlines, and shelters for victims of family violence. Knowing about these resources, doctors now feel somewhat more comfortable asking their patients about abuse and referring victims for available help. Perpetrators of spousal abuse are generally resistant to interventions to change their behavior, so health professionals usually encourage victims to leave the abusers. When a woman tries to leave, the level of abuse often escalates, so outside assistance is often needed.

Immigrant women, however, do not have the same legal support available to them as US citizens do. Rather than supporting such a woman's independence, the immigration laws impair her ability to leave her husband. Many immigrant women must stay with their husbands or be deported. They may be legally forbidden to work, keeping them economically dependent on the abuser. Likewise even legal immigrants may be ineligible for public assistance that provides a safety net for American women. In order to be able to stay in this country, and to access social services if needed, an immigrant must have an independent immigration status. An application for asylum may be the only route to gain this status.

The legal situation of asylum for victims of gender-related persecution has been in evolution, with significant changes over the last decade. In 1995 the Immigration and Naturalization Service issued guidelines recognizing this category of asylum seeker or asylee. The following year a Togoan woman who fled to avoid female genital mutilation was granted asylum based on this category. In 2001 the Department of Justice applied this reasoning to grant asylum to a Guatemalan woman fleeing a violent husband. Gender-related persecution is recognized only in a guideline but not in any regulation, so rules are still being interpreted on a case-by-case basis.

Asylum: the Road to Health

Mrs Niro is fortunate that she is in the United States legally, if temporarily. Asylum applicants who arrive in the United States without a valid visa face additional roadblocks. Many will face immediate deportation under rules of expedited removal, without having their claims heard before an immigration judge. Those not immediately deported may be detained until they can demonstrate a credible fear of persecution. This can mean months of incarceration in immigration detention or in jails, even for those who have family willing to assume responsibility for them. This detention is particularly hard for women with young children, who may be separated from them and even placed in foster care for long periods of time. Women are sometimes retraumatized by the experience of detention, and are susceptible to abuse by guards and others.

As a physician, Dr Cartwright may be the most authoritative figure that Mrs Niro has approached for help. Since police and courts in her own country were unwilling to intervene, Mrs Niro probably will not approach the US police or court system. Doctors have aided her in the past, as when they hospitalized her to keep her safe. For Dr Cartwright to properly treat her patient, she must address her legal situation, and have knowledge of social agencies and basic understanding of asylum laws. Asylum in the United States is available to people who "have been persecuted or have a well-founded fear of persecution on account of their race, religion, nationality or membership in a particular social group or political opinion" [1]. This is commonly referred to as "political asylum," a misnomer which unfortunately keeps women like Mrs Niro from considering this option. She clearly does not view her situation as a political one. Domestic violence has for long been thought of as a private issue confined to a particular family. In recent years however, feminists and legal scholars have described domestic violence as one of many ways of imposing male domination over women. Other examples include female genital mutilation, rape or threat of rape, honor killing, and forced marriage.

Mrs Niro's symptoms are clear-cut and obviously stem directly from her abuse; women in her situation may present with anxiety and depression, or with somatic complaints stemming from their distress, where the diagnosis of domestic abuse is harder to detect. Her physical scars, while of course unfortunate for Mrs Niro, may make it easier to prove her persecution in an immigration court.

Mrs Niro is fortunate to have physically survived her abuse, successfully left her husband, and reached physical safety. She has also found a sympathetic relative who is willing to help and is knowledgeable about asylum. Dr Cartwright can now help her take the next steps. She can write a medical affidavit to document her injuries and correlate them with the violence that Mrs Niro described. She can encourage her to find an attorney and proceed with her asylum application. The application must be filed within 1 year of arriving in the United States. Some immigrant advocacy organizations will provide low-cost legal referrals. Finally, the physician can provide ongoing medical care and screen for complications, including psychological sequelae of abuse. Dr Cartwright will also be able to provide the psychosocial support that Mrs Niro and Cheryl are going to need in the coming months. 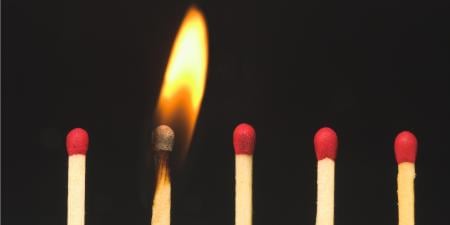 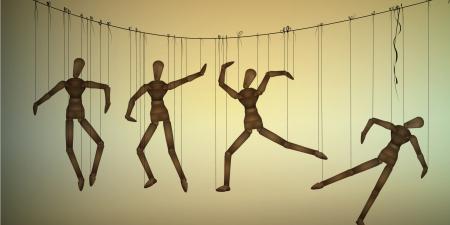 Medicating Death Row Inmates so They Qualify for Execution