Lisa Morgan arrives in the office of Dr. Karen Anderson, her obstetrician/gynecologist. Dr. Anderson, who is going over her schedule for the day, hopes that Lisa is not pregnant again. Less than 2 years ago, Dr. Anderson had performed a therapeutic abortion for Lisa, who is now 20 years old and unmarried. The doctor's concerns are confirmed when her medical assistant, Elena, informs Dr. Anderson that Lisa is in the office seeking another abortion.

From the beginning of the office visit, Dr. Anderson is frustrated with the interaction. Lisa seems to be taking the situation lightly. Perhaps she is embarrassed, but her behavior is complicating a situation that is already uncomfortable for the doctor. Dr. Anderson intensely dislikes performing abortions but will do one when she thinks it is best for her patient, as with Lisa's first one. Dr. Anderson, who has a daughter about Lisa's age, does not want Lisa to regard abortion as a form of birth control.

Before agreeing to perform an abortion, Dr. Anderson brings up the topic of birth control. At the time of Lisa's first pregnancy, she had not been using any contraception. This time, she had been using birth control pills prescribed by Dr. Anderson, but she was forgetful, missing scheduled pills frequently by her own admission. Dr. Anderson suggests a longer-acting form of birth control, such as Depo-Provera (by injection) or an intrauterine device. Lisa cringes at the thought of shots, even as infrequently as 4 times a year, and says she knows women who have had bad cramping and even infections from IUDs. She wants to stay on the pill.

Dr. Anderson tries to persuade Lisa, saying that she is likely to forget her pills again, just as she did during the past few weeks. Dr. Anderson feels as though she is repeating the same words over and over again, and she insists, somewhat angrily now, upon Depo-Provera. Lisa still shakes her head vigorously, saying that she prefers pills to shots.

Dr. Anderson says, "Wait here, Lisa, I'll be back in a minute," and abruptly leaves the room to regain her composure. She vents to her assistant Elena, saying "I'm not making any headway with this girl. What else can I do? I don't want her to just choose another clinic, but I don't think using abortion as a form of birth control is healthy for this girl. I've got to try to educate my patients."

In this scenario, Karen Anderson, an obstetrician/gynecologist, struggles about whether to perform an abortion for her patient, Lisa Morgan. Because Lisa has had an abortion in the past, seems to be "taking the situation lightly," and elects not to change her method of contraception, Dr. Anderson is uncomfortable about performing the procedure for Lisa again.

Like many dilemmas regarding abortion, this scenario has several layers of moral complexity. At first glance, the issue at stake is whether Dr. Anderson's potential refusal to perform the abortion constitutes unjustified paternalism or if it instead represents justified concern for her patient's well-being. Closer inspection, however, suggests that the essence of the dilemma stems from the physician's personal moral unease about this patient's reasons for requesting termination of pregnancy.

First, let us consider the question of paternalism. Paternalism has been defined as the "intentional overriding of 1 person's known preferences or actions by another person, where the person who overrides justifies the action by the goal of benefiting or avoiding harm to the person whose preferences or actions are overridden."1 In this scenario, Dr. Anderson contemplates refusing to perform an abortion for what she perceives to be Lisa's "own good"—an action that satisfies the definition of paternalism. She doesn't want to send the wrong message by reinforcing a supposition that abortion is a "healthy" method of contraception. According to this reasoning, refusing to provide an abortion would send a stronger message that abortion is not a healthy method of contraception.

Dr. Anderson's attempted beneficence indicates unjustified paternalism for at least 2 reasons. First, if her goal is to ensure that Lisa is better educated about safe and reliable contraception, refusing to perform an abortion is hardly the means to do so. Although she has offered the patient alternative forms of contraception such as Depo-Provera and the IUD, she certainly has not exhausted the possibilities, such as transdermal contraception, the contraceptive ring, or the diaphragm.

Even if Lisa continues to elect oral contraception, Dr. Anderson could advise her further on how to increase compliance (ie, taking the pills after another daily activity, such as brushing her teeth or removing contact lenses). Finally, her discussion should include counseling about the risks associated with pregnancy termination so that Lisa can consider these in the context of her own short- and long-term reproductive decision making. Lisa is a sexually active adult and should be educated not by example (or unjustified paternalistic decision making on the part of her physician) but by clear, articulate verbal exchange.

Admittedly, the patient as described does not appear to be optimally receptive to counseling, which brings us to the second flaw in the physician's rationale for paternalistic behavior. Even if further attempts at communication fail, Dr. Anderson would not be justified in refusing to provide the abortion for the patient's "own good." As a physician, she is not in a position to know better than Lisa what would be in Lisa's best interest. It is likely that Lisa, like many women considering abortion, will not disclose all of the considerations that led her to seek an abortion—particularly in light of what seems to be a judgmental and emotionally charged reaction on the part of her physician. One scholar in the field of abortion research reflected on a woman who:

…had three abortions in two years, but chose to keep using the rhythm method. I recall feeling puzzled by her insistence on an obviously ineffective method. A year later she came into my private office for psychotherapy; she wanted help in leaving her battering husband. It was he who had forbidden her to use any other form of birth control.2

Women's stories are complex, contextualized, and often unavailable to the individuals who perform their abortions. Assuming we can make conclusions about our patients' best interests during a short clinic visit—particularly decisions about reproduction—is at best presumptuous, at worst an arrogant and maleficent way to attend to patients as they work through difficult reproductive decision making.

Let us move, however, beyond the question of paternalism to what I perceive is at the heart of Dr. Anderson's dilemma: an apparent conflict between her values and those of her patient. Suppose that Dr. Anderson does in fact have a relatively detailed understanding of the patient's reasons for undergoing an abortion and that these reasons seem unethical to her. Perhaps she thinks that Lisa is approaching the decision to terminate her pregnancy with the wrong moral stance, and she (Dr. Anderson) simply does not want to be complicit in an act that to her is ethically problematic. How can Dr. Anderson resolve this dilemma?

On the one hand, a physician may, except in emergencies, choose whom to serve.3 Thus, Dr. Anderson is not obligated ethically to provide an abortion for Lisa and could refer this patient to another provider for these services. Closer analysis suggests, though, that continuing to provide care—even an abortion—for Lisa, would actually be an ethically preferable decision.

One reason that continuing to care for Lisa would be ethically preferable is that, despite Dr. Anderson's initial analysis, Lisa may in fact have reasons for pregnancy termination that the physician could understand to be morally acceptable. Moreover, even if Lisa's reasons for pregnancy termination seem shallow or patently wrong to Dr. Anderson, she cannot know her patient well enough to judge whether her action is morally acceptable in the context of Lisa's life. As philosopher Maggie Little has eloquently argued,

Deciding when it is morally decent to end a pregnancy, it turns out, is an admixture of settling impersonally or universally authoritative moral requirements, and of discovering and arbitrating—sometimes after agonizing deliberation, sometimes in a decision no less deep for its immediacy—one's own commitments, identity, and defining virtues.4

Note that Dr. Anderson's commitments, identity, and defining virtues are different from Lisa's, and recognizing that difference is critical to her appreciating an acceptable discrepancy between her own ethical decision making in a similar situation and that of her patient.

Secondly, as a physician who has decided to provide abortions, it is important for Dr. Anderson to consider her services in light of the history of abortion in the United States. Restricted access to abortion has historically been a serious public health problem for women. While a detailed discussion of this is beyond the scope of this commentary, studies indicate that before the legalization of abortion in 1973, 17 percent of pregnancy-related deaths were the result of illegal abortion. Presently, the risk of death from abortion is significantly less than the risk of death associated with carrying a pregnancy to term.5 Dr. Anderson may find her role in improving access to abortion by providing abortion services in a private, safe, and nonjudgmental clinical setting.

Physicians who are involved with patient decision making about reproduction interface with some of the most private, personal, and important decisions of an individual's life. Facilitating patients' own reasoned and reflective decisions about reproduction will almost always promote the best interests of our patients in particular and the health of women in general. 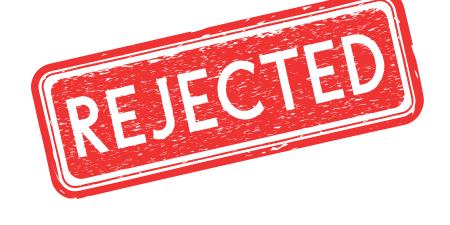 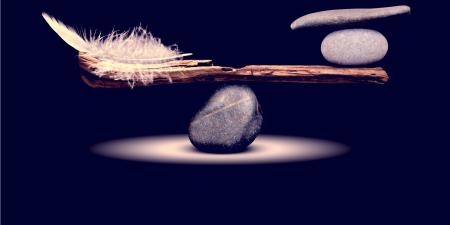