The term “patient consumerism” is, like “managed care,” a notoriously difficult concept to define. While often mentioned in relation to the nobler-sounding “patient empowerment,” it has a far greater capacity to raise physicians’ hackles. In part that response reflects the many and contradictory meanings of the term “consumerism” and the special edge those meanings take on when applied to the practice of medicine. As defined in the American Heritage Dictionary, consumerism can mean the belief that a “progressively greater consumption of goods is economically beneficial,” or the deep “attachment to materialistic values or possessions.” But it has also come to connote a more critical consumerism, that is, “the movement seeking to protect and inform consumers by requiring such practices as honest packaging and advertising, product guarantees, and improved safety standards” [1].

In medical settings, the term “consumerism” gets invoked in all three of those ways: to describe a market-oriented medicine organized around the provision of more and (we hope) better goods; to criticize patients who “doctor shop” to get goods that they should not have, e.g., addicts in search of narcotic prescriptions; and to articulate the expectation that every patient be a discerning critic of medical care, in the spirit of the old advertising line “an educated consumer is our best customer.” All three versions of patient consumerism present practical and ethical problems, but those posed by the last variant—what I think of as the patient-as-consumer-watchdog—raise perhaps the most difficult issues for today’s patient and doctor.

Consider the very different portrayals of the patient-as-consumer presented in these two accounts, one by a patient, one by a doctor. The first account comes from a 2009 blog post written by Carolyn Thomas for HeartSisters, a website about women and heart disease. In “What Doctors Really Think about Women Who Are ‘Medical Googlers,’” Thomas describes how she became what she half-jokingly terms the “doctor’s worst nightmare,” namely a patient who reads up on her condition via the Internet and judges her doctor’s advice by what she finds there. Thomas became a critical consumer after an ER physician misdiagnosed her heart attack as acid reflux disease, due to his lack of familiarity with the difference in how cardiac symptoms present in women and men. After her close call, Thomas retired and became “addicted,” in her words, to researching heart disease and sharing that information with other women. Not surprisingly, her experience changed her relationship with her cardiologist. Because of her compulsive Googling, she knew before he did that the Food and Drug Administration (FDA) had just issued a drug alert advising physicians not to prescribe the drugs Plavix and Wellbutrin together. Fortunately, Thomas noted, she found a caregiver who did not mind her initiative, but, she noted further, many physicians were not so tolerant of patients like her [2].

In her post, Thomas mentioned an online essay written in 2007 by the orthopedist Scott Haig, titled “When the Patient is a Googler,” that reflected hostility toward the consumerist patient. The subject of Haig’s essay, “Susan,” fit the profile of the “bad” doctor shopper: a sufferer of chronic knee pain, she had already visited several orthopedists before him, had checked out his credentials online, had read a paper he’d written on the subject, and came with a long list of questions to ask him. She was not a good patient, in Haig’s view, because “she brandished her information” and was “too personal and just too rude on our first meeting,” so full of herself that he could hardly get a word in edgewise. He knew from experience that her condition would not respond easily or quickly to available treatments. So Haig decided to “punt,” as he put it: to say politely that he could not help her and send her to another colleague [3]. (Susan must have had good insurance.)

Although they wrote at cross purposes—Thomas to support the value of Internet research, Haig to question it—both highlighted the issues that make the practice of patient consumerism both common and frustrating. On the one hand, the explosion of new information and treatments makes it hard for physicians to stay aware of all they need to know, in Thomas’s case about sex differences in cardiac symptoms or the dangers of a particular drug combination. Thomas’s vigilance on her own behalf may well have saved her life. On the other hand, we can also see Scott Haig’s point. Susan was seeking care for a chronic condition that was difficult to treat. If orthopedists who have spent years treating knee pain still differed on its management, how likely was a lay person to arrive at a superior understanding of the subject? Susan’s doctor shopping seemed doomed to fail, in that she expected too much and listened too little to her medical counsel.

As these two vignettes suggest, differentiating between the “good” and the “bad” practice of critical consumerism is no easy task. Many critics decry the tendency to treat medicine as “just another commodity, like breakfast cereal,” as legal theorist George Annas put it [4]. In 2011 economist Paul Krugman wrote that “the relationship between patient and doctor used to be considered something special, something sacred,” but is now being undermined by the profit-oriented ideals of “consumer-based medicine” [5]. Yet, for better or worse, the expectation that patients think like critical consumers when they visit the doctor is not likely to disappear anytime soon. Simply put, making patients more responsible for their medical choices has been a centerpiece of the “marketization” of American medicine since the 1970s. Assigning the patient the role of consumer watchdog has gone hand in hand with a return to the spirit of “caveat emptor”—let the buyer beware—that allowed health care entrepreneurship to flourish in the late twentieth century [6].

Therein lies the dilemma: the American health care system encourages patients to take more responsibility for their own treatment decisions and expects their doctors to cooperate in that effort. But the guidelines for exercising that responsibility remain very murky indeed. Patients are told to educate themselves about their medical conditions so they can more fully and rationally participate in their care, and the Internet has made it far easier to do so. But the fact remains that the state of medical opinion on many subjects is not clear, a lack of clarity that does not take a MD or a PhD to appreciate. If doctors disagree, if there is no universal consensus on what constitutes the best treatment, why shouldn’t patients be able to “shop” for a clinician whose approach they prefer? To complicate matters, much of the information that patients and doctors have readiest access to comes in the form of advertising: a highly selective, commercialized message designed primarily to sell a product, not to educate the user. One of the great ironies of the 1970s patient-consumer movement is that its leaders’ demands for information were used to upend longstanding prohibitions on the advertising of prescription drugs and doctors’ services. Finally, the time, money, and literacy levels required to do any kind of “doctor shopping” would seem to make patient consumerism a prerogative only of the relatively educated and affluent [7].

So we are left with more questions than answers. When does patient consumerism shift from sensible to misguided? Is it fair or reasonable to ask people to think like quality control officers when they visit their doctors’ offices? If not, what are the alternatives? How does patients’ duty to be vigilant on their own behalf conflict with the need ultimately to trust their caregivers? Does the patient-as-watchdog ideal disadvantage people who are not literate or affluent? There are no easy solutions, no magic wands to eliminate the complexity of these problems. All we can do is try to raise them for open and honest discussion in a variety of settings, including medical ethics courses, policy forums, and health advocacy groups. The essay “Principles for Engaging Patients in U.S. Health Care and Policy” by Rachel Grob and Mark Schlesinger is a good place to start that discussion [8].

On a more personal level, the proper balance of skepticism and trust has to be addressed patient by patient, doctor by doctor. In his Time essay, Scott Haig concluded that the “good” patient was somewhere in between the “noncompliant Bozo” and the suspicious Susan: a patient who had reasonable expectations of care, asked rational questions, and, after having her questions answered, put her trust in her doctor. For her part, Carolyn Thomas might define “good” doctors as those who earn and deserve that trust by (1) being open to their patients’ questions, (2) keeping up to date on the latest developments in their areas of expertise (even those brought up by a patient), and (3) being skeptical consumers themselves in their dealings with drug detailers and medical device salespeople. Put those two definitions together and perhaps doctors and patients have more common ground from which to work with each other.

In today’s highly fragmented, frequently dysfunctional, deeply politicized health care system, calm and cool discussions of patient consumerism are hard to have. But have them we must. For better and worse, the roles of doctor shopper and patient watchdog will likely remain prominent—and vexing—features of American patienthood for decades to come. 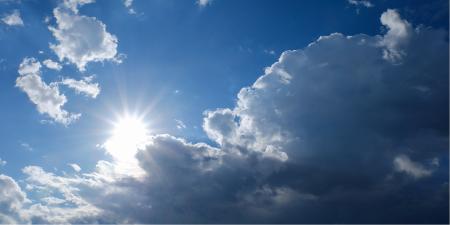 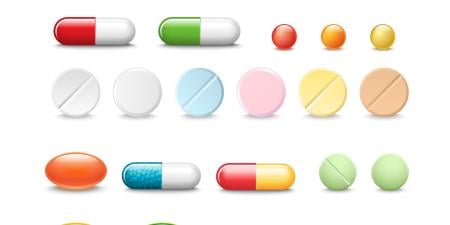 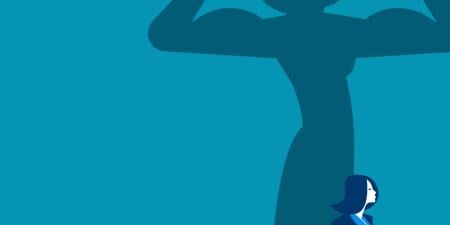