It is October in the American Southwest, and Mrs. Feldman is watching playoff baseball on TV. Between innings, she notices her gynecologist, a well-respected professional who delivered both of her children as well as those of her sister, in a political advertisement.

This is an election year, and, in the 30-second spot, the physician speaks on behalf of a state proposition that would curtail public services, including education benefits, to illegal immigrants and their noncitizen dependents. His name appears under the image of a graying man dressed in a sharp polo shirt and khakis.

“Hi, I’m Dr. Seligman. I’m a lifelong resident who has been practicing medicine in this state for 20 years, and we need your support in saving American tax dollars,” he says.

Mrs. Feldman, who strongly disagrees with the proposition, is upset to see the doctor she likes and respects taking this view. The next week, she goes to Dr. Seligman’s office for a routine exam. The office’s walls are decorated with artistic renditions of the fetal stages of pregnancy; there are no posters or campaign literature visible. After she grumbles her protests of the doctor’s television appearance to the admitting nurse, who commiserates, Dr. Seligman arrives. There is no discussion of political topics, but she remains disconcerted by Dr. Seligman’s using his position and the respect people have for him to promote this political action.

This case raises questions about the public activities of physicians outside of the practice of medicine. When and how is it appropriate to use one’s status as a physician in nonmedical affairs?

In this case, Dr. Seligman is presented as a “well-respected professional” and his patient is disturbed by his use of that respect (presumably both for him as an individual and for the profession to which he belongs) to further aims not related to the practice of medicine. I would like to start analyzing the case by considering why he is well-respected. What has Dr. Seligman (or his profession) done to earn that respect? The code of professionalism endorsed by the American Board of Internal Medicine, the American College of Physicians and the European Federation of Internal Medicine defines professionalism as

the basis of medicine’s contract with society. It demands placing the interests of patients above those of the physician, setting and maintaining standards of competence and integrity, and providing expert advice to society on matters of health [1].

The profession earns respect as a result of the knowledge base accumulated by members of the profession over time and its commitment to use it for the good of society. The “well-earned respect” may stem from Dr. Seligman’s scientific approach to the practice of medicine, to his contributions to the field or to his ability to put the interests of his patients before his own interests.

While one could certainly imagine the good doctor having applied the scientific method to his personal study of the issues around funding education and other services to illegal immigrants and his having made significant contributions to our understanding of these issues, none of this is presented in the vignette. By contrast, Dr. Seligman seems to be simply trading off his well-earned high standing in the community in the practice of medicine to attempt to speak with authority in areas outside of medicine. His use of the honorific “doctor” in his self-introduction appears to be an attempt to present himself as an authority figure in this area as well, perhaps fraudulently.

In this respect, Mrs. Feldman would be right to question the authority of the physician as spokesperson for a political cause. At the same time, a desire to view him with skepticism as a physician would be misplaced. Why should his desire to speak outside of his area of highest expertise and credibility call into question the respect she has for him within his scope of practice? It certainly would be within her rights to accept care only from physicians with whom she shares political opinions, but this would be foolhardy.

The second issue in this case relates to a possible obligation, arising from the precepts of professionalism, to speak out, even on topics not directly related to the practice of medicine. In addition to the privileges granted to members of the profession, there are also responsibilities and obligations. As physicians, we have privileged access to information, both at a personal level and at a systems or societal level. With that privilege comes responsibility, and sometimes that responsibility involves actions not traditionally related to the practice of medicine, even in the broader “professional” sense. Dr. Seligman may be aware, to an extent that few others in his community might be, of the degree to which services to various groups of legal residents are being curtailed as a result of efforts to provide these or other services to residents who are not in the community legally. Dr. Seligman may think it is wrong to keep silent in the face of his knowledge of these situations. (In the words of James Dwyer, “primum non tacere”—first, be not silent [2].)

In sum, there are many perspectives to consider. Dr. Seligman must first consider whether his experience as a physician gives him some insight on policy that others do not have. If so, it would seem defensible at least to mention his experience as part of his credentials. If not, then it would seem inappropriate and perhaps even paternalistic in the old-fashioned sense, now generally seen as negative, to try to make the case that “doctor knows best,” especially if the issue is not related to the profession.

Finally, if he considers himself an expert, then he must weigh carefully the positive and negative effects his political activity will have on his relations with his patients. Some, like Mrs. Feldman, may find that the therapeutic relationship she has had with her physicians over the years is compromised by his advocacy. Others may seek out this doctor because of his political positions. Either way, the relationship becomes more complicated and perhaps less therapeutic.

In the end, I am reassured by Dr. Seligman’s apparent separation of practice and political positions—no pamphlets in the office—but am discomfited by his presenting himself as both an expert and maybe even as a representative of the profession in the political advertisement, especially as the issue seems distinct from medicine. 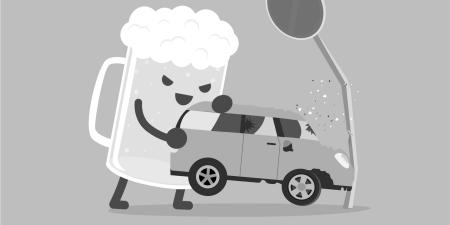 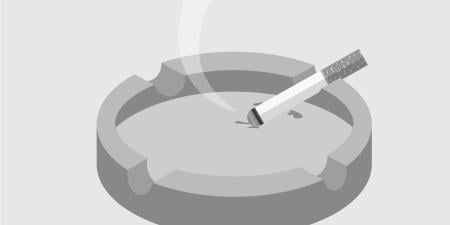 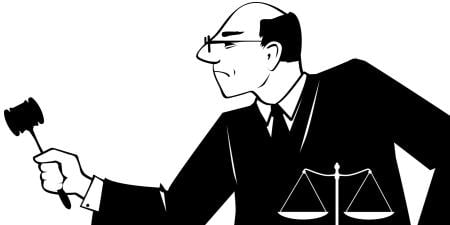 Judging Doctors: The Person and the Professional