Joe turns to see Doc Wilson swigging from his flask.

JOE: Aren’t you supposed to set an example for people?

As a scholar of bioethics and health law, I often find myself reflecting on this scene from David Mamet’s State and Main. For physicians, one drawback to being part of a profession society holds in such high regard is the expectation that their decision making, both inside and outside the clinical sphere, be beyond reproach. Whether implicit or explicit, this expectation is one that few other professions face. Attorneys may be gamblers, plumbers may be tax frauds, and corporate managers may solicit sex for money without facing professional discipline or public censure.

This phenomenon provokes two lines of inquiry. First, what is it about the medical profession that inspires such idealistic (and, many would argue, unrealistic) expectations? And second, why is it necessary to impose such high standards of conduct on physicians when the rest of us are free to make poor personal choices without suffering significant professional repercussions?

Atul Gawande describes Western medical practice as “dominated by a single imperative—the quest for machinelike perfection in the delivery of care” [2]. Its mission is to strive for success at all costs, despite the fact that medicine is an inherently imperfect science. Patients die. Treatments stop working. Medical personnel make errors. And yet, every death still seems like a failure—at least to the first-year medical resident, and certainly to the patient’s family.

These ambitious standards for medical practice, while impossible to satisfy, often seem to bleed over into the expectations for physician behavior beyond the clinical realm. State medical licensing laws authorize professional discipline on the basis of “unprofessional” or “unethical” conduct; as a result of medical boards’ broad interpretation of these laws, physicians have faced disciplinary actions for conduct as varied as assaulting someone at a car wash, soliciting sex in a public restroom, possessing marijuana for personal use, and failing to disclose information relevant to child-support payments. Moreover, even setting aside legal obligations, society often judges medical professionals on the basis of personal characteristics unrelated to clinical competence. For example, a reasonable patient might be unwilling to rely on the guidance provided by an obese cardiologist, a nurse who verbally abuses her colleagues, or a family physician, like Doc Wilson, who takes a tipple from a flask in broad daylight.

Why, then, does the medical community and society as a whole impose such high standards on its physicians and nurses? Unlike politicians and public officials, who are often held to similarly ambitious standards of personal conduct [3], most medical professionals are not routinely in the public eye and do not expressly hold themselves out as paragons of civic responsibility. One explanation for the difference in attitude towards physicians may be that their practice deals with intimate matters of life, death, and bodily integrity. However, this justification is unsatisfying, as the same considerations apply to the attorney defending his client against a death penalty sentence, the engineer whose calculations ensure the safety of the general population, and the tattoo artist who makes permanent alterations to a person’s body.

Perhaps the best explanation may be that physicians and nurses are members of a profession whose primary goal is understood to be the care and protection of vulnerable individuals, and society looks askance at any conduct that calls into question this ethic of care and respect. It is easy to highlight examples that support this interpretation. Recent public debates about how best to limit the growth of health care spending treat with repugnance any proposal that hints at bedside rationing. Recommendations that physicians initiate discussions of end-of-life planning with their patients are criticized as paving the way for “death panels.” More importantly, the expectation remains that, when payors and policymakers push to limit treatment in an effort to control costs, physicians will not only put their patients’ interests first but also defend these interests against public intrusion. We expect doctors to practice medicine because they care about patients and want to do good in the world, not as a means to achieving fortune and fame.

In short, the medical profession is expected to be guided by the principle of fiduciary duty, even when doing so conflicts with its political or financial interests. And perhaps we hope that physicians will exhibit supererogatory personal conduct because we believe that such conduct reflects positively on what “kind of people” they are, and, therefore, their professional motives. Indeed, many consumers do seem to expect similar character traits from other service professionals who work with vulnerable populations, including teachers, day care providers, and social workers.

Should We Expect So Much?

It is impossible for any individual, regardless of profession, to possess every human virtue and refrain from poor decisions in all areas of life. Much as the “reasonable person” standard in tort law is criticized as looking to a “mythical figure” who is “devoid …of any human weakness, with not one single saving vice, sans prejudice, procrastination, ill-nature, avarice, and absence of mind” [4], a standard that imposes higher expectations of personal character on medical professionals is similarly untenable. Indeed, the fact that a number of professional and legal mechanisms acknowledge the occurrence of mistakes in medical practice—morbidity and mortality rounds, apology policies, and medical malpractice suits, among them—is a testament to this.

One of the most common justifications offered for imposing character requirements on physicians is that patients, reasonably or not, simply will not trust a medical professional who exhibits vices in his personal life. This justification, however, is unsatisfying. Requiring physicians to uphold the highest standards of personal conduct because patients expect it says nothing about the normative reasons for why such conduct ought to be required [5].

A better place to begin this inquiry may be to first ask why we value physicians. Do we value them because they are trained in clinical methodology, or because they are, so to speak, “good people”? I believe that the primary reason society values medical professionals is because of their clinical competence and expertise. Consider, for example, a patient recently diagnosed with inoperable brain cancer—is she more likely to seek treatment from her primary care physician, with whom she has a decades-long relationship of trust, or pursue a more innovative treatment being provided by a specialist with a reputation as a boor? Judging by the lengths many patients go to enroll in clinical trials and visit specialists with whom they have no preexisting relationship and about whose personal characteristics they know nothing, clinical competence seems to be the driving factor. Good character is, of course, a plus; but it is the rare patient who, in a time of crisis, would decline care from an expert with a reputation for poor personal character. This attitude is reflected in the law’s treatment of professional licensure and discipline, which merely sets a floor for minimum physician competence; it does not require perfection [6].

One challenge to this perspective might be that judging medical professionals on the basis of clinical competence alone does not speak to another valued characteristic—namely, their adherence to the principle of fiduciary duty. It is one thing for a patient to prefer a skilled but reproachable specialist over a kind-hearted generalist, but many would argue that no reasonable patient would prefer the specialist if he demonstrated an unwillingness to put his patients’ interests before his own. Indeed, imagine a surgeon whose knowledge of medicine is unparalleled and who performs the most delicate procedures with care and precision—despite his technical qualifications, it would be difficult to consider him a competent practitioner if he performed a procedure without consent, in direct violation of his patient’s right to personal autonomy.

If, indeed, our judgment of medical professionals is dependent in part on their respect for the principle of fiduciary duty, there can be no reason to expect supererogatory “after-hours” behavior from them unless we first demonstrate that such behavior is demonstrative or predictive of their attitudes towards patients. Many have argued, for example, that a physician who submits fraudulent documents to the government is perhaps more likely to be dishonest with his patients [7]. As an empirical matter, however, this assumption may not be defensible. Social science research on the consistency of moral behavior has reached no clear consensus on whether character traits are generally consistent across various domains. Scholars of psychology have long debated whether human behavior is primarily dispositional (grounded in consistent character traits) or situational (dependent on context and environment). Situational behaviorists believe that, at heart, context matters: a tendency towards deceit in one’s personal life does not necessarily predispose a person to fraud in his professional life [8, 9]. Most contemporary theorists conclude that behavior is generally driven by both dispositional and situational factors [10, 11], though the balance between the two may vary depending on context. For example, dispositional or trait-based factors often have less predictive value in “strong situations,” like workplaces, where personal behavior is narrowly prescribed and often dictated by norms, scripts, and routines [12, 13]. To put it in simpler terms, someone who routinely leaves dirty dishes in the sink at home may nevertheless have an impeccably organized office.

Moreover, even if personal characteristics were predictive of professional behavior, this would not serve as a normative justification for evaluating physicians on the basis of those characteristics. Imagine, for example, that a retrospective study demonstrates that physicians who wear bow ties are eighty percent more likely to commit medical malpractice. Surely, this predictive link alone would not justify social reproach or professional discipline, absent a separate finding that the physician lacks the intrinsic characteristics of education, training, and character that form the foundation of competent medical practice.

In sum, if the reason society values medical professionals is that they possess valuable clinical skills and exercise those skills with a fiduciary ethic of care towards their patients, we ought to be evaluating physicians on those grounds directly, rather than looking to their behavior “after hours.” It is simply inefficient to look at a physician’s propensity to get into bar fights as an indicator of how well he or she will perform in a professional role. Of course, individual patients are free to set their own expectations for physician behavior—when choosing a primary care physician, for example, I might seek out a physician who regularly attends religious services. Such preferences, however, are personal in nature, and ought not factor into societal, professional, or legal expectations of physician behavior. Demanding that medical professionals exhibit virtues that the rest of the population regularly struggles to maintain is not only unrealistic, but a poor substitute for requiring care and skill in their interactions with patients. 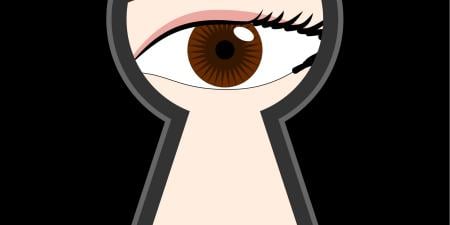 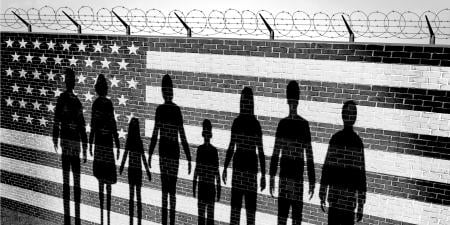