Miss Brown had recently been diagnosed with HIV/AIDS and was a new patient in Dr. Chen’s infectious diseases clinic. When going over her chart, he noted that her CD4 count was below 350, the threshold for beginning antiretroviral treatment, according to U.S. care standards. Dr. Chen counseled Miss Brown to begin treatment as soon as possible, and she subsequently met with a medication counselor to discuss starting the highly active antiretroviral therapy (HAART).

At her follow-up visit, Miss Brown told Dr. Chen that she wanted to start treatment but did not have insurance and could not afford the drugs. The medication counselor had suggested that she apply for help from the AIDS Drug Assistance Program, but there was often a lengthy waiting list. Miss Brown added her name to the list but was very eager to start treatment as soon as possible and was now requesting a prescription.

Dr. Chen knew that Miss Brown could not afford to fill the prescription and was concerned that she would attempt to do so at an online pharmacy based outside the United States or that she would cross the border to fill it in Canada. Sensing his hesitation, Miss Brown said, “Please, just write the prescription. Some people I met in a support group for newly diagnosed individuals gave me some recommendations on how I can get low-cost drugs. Does it matter if the drugs come from somewhere in town or in Canada or anywhere? You told me my life depends on starting these drugs as soon as possible, and I’ll take care of it at the best price I can find.”

When Dr. Chen inquired further, Miss Brown told him that she had done some research on an Internet pharmacy that imported generic HIV/AIDS drugs at a fraction of the U.S. price. None of Dr. Chen’s patients had ever bought medication from an online pharmacy that was not U.S.-based. After doing his own research online, he noted that some Internet pharmacies sold drugs certified by the World Health Organization, but not by the U.S. Food and Drug Administration. Dr. Chen wanted Miss Brown to start treatment as soon as possible, but could not personally guarantee that the drugs were of the same quality as drugs made for sale in the United States. He worried that the imported drugs might not provide the benefits his patient needed. He was also concerned about personal liability if Miss Brown had serious side effects or developed drug resistance because the drugs were subpar.

This vignette brings up important issues that are universal to medical care, including access to health care, patient safety, and medical-legal aspects of prescribing pharmaceuticals. The case also highlights the fact that, as physicians dedicated to the health and well-being of our patients and communities, we often must venture out of the realm of what is taught in the medical curriculum. To be the most effective physicians, we often must become scholars of law and policy and change-makers in those arenas.

The case also touches on specific aspects of health care delivery for people living with HIV/AIDS in the United States. Since 1987, the AIDS Drug Assistance Program (ADAP) has helped to provide antiretroviral medications and a range of other medications and services, but there is a great deal of variation across states on how individuals qualify for ADAP assistance. For instance, while Massachusetts accepts individuals who earn up to 510 percent of the federal poverty level, states such as North Carolina and Wyoming restrict access to ADAP to those earning less than 200 percent of the federal poverty level [1].

ADAP is funded by federal grants to states and may be supplemented by support from the states or other agencies. Because ADAP is not an entitlement program like Social Security, annual funding appropriations determine how many individuals can have access to ADAP and which services are available. ADAP wait lists have been a reality for people living with HIV/AIDS for years and many have died while waiting for access to antiretrovirals. As of March 1, 2009, there were 69 people living with HIV/AIDS on ADAP wait lists in Indiana, Montana, and Nebraska [2].

Miss Brown has become yet another patient to slip through the cracks of the inadequate systems of medical care in the United States. Like many other underinsured or uninsured people, she is attempting to find a way to maintain her own health while not bankrupting herself or her family. To do this, she is asking Dr. Chen to provide her with a prescription so that she may buy antiretrovirals through an online pharmacy.

Because the United States has some of the highest medication costs in the world and 75 million individuals are either uninsured or underinsured, more and more Americans are turning to online pharmacies at 400-plus Internet sites for their prescription drug needs [3, 4]. Online pharmacies may sell lower-priced brand or generic medications to customers across state and international boundaries. In addition to convenience and affordability, online pharmacies add the benefit of consultation with a pharmacist in several languages for patients with limited English language proficiency, sometimes 24 hours a day. U.S. Internet pharmacies are governed by the same laws as mail-order pharmacies, which means they only dispense FDA-approved medications in the United States and require a prescription from a licensed physician.

Although there are valid concerns about the safety and effectiveness of drugs purchased via the Internet, patients and physicians can take certain steps to ensure that the medications they receive are quality brand or generic drugs. First, most adverse events from drugs purchased online that have been reported to the FDA can be traced back to a patient’s having obtained the medication without a consult or prescription from a licensed medical practitioner [5].

The National Association of Boards of Pharmacy (NABP)—an organization of the pharmacy boards in the 50 U.S. states, three U.S. territories, nine Canadian provinces, and two Australian states—have created a registration process for NABP-approved online pharmacies, the Verified Internet Pharmacy Practice Sites (VIPPS). To become VIPPS-accredited, pharmacies must comply with local regulations and those of the states where they make sales and must demonstrate compliance with VIPPS policies, including “adherence to a recognized quality assurance policy and provision of a meaningful consultation between patients and pharmacies” [6]. Although any medication entails some risk to the patient, if patients consult with the appropriate clinicians, obtain the right prescription, and use approved online pharmacies, purchasing medications via the Internet can be a useful and safe tool for patients seeking lower-cost medications.

While Dr. Chen’s first concern is his patient’s health and safety, he must also take into account medical-legal aspects of this situation.

If Miss Brown orders from an NABP-approved pharmacy, she will not be violating the law. But Dr. Chen must also take into account that Miss Brown is interested in purchasing lower-cost generic medications. The FDA defines a generic medication as “identical, or bioequivalent to a brand name drug in dosage form, safety, strength, route of administration, quality, performance characteristics and intended use” [7]. Access to generic antiretroviral medications has meant the difference between life and death for millions living in low-income countries. Generic HIV medications, however, were not always available for people living with HIV/AIDS in low-income countries. In 1999, for example, 39 of the world’s largest pharmaceutical companies and the U.S. government sought to prevent South Africa from enacting intellectual property rights policies that would give people living with HIV/AIDS South Africa’s access to generic HIV medications [8].

These actions were in conflict with the World Trade Organization’s laws that allow a country to have access to generics and its policy that declares public health issues paramount when considering pharmaceutical intellectual property law [9, 10].

In response, a coalition of HIV activists, including physicians from South Africa, the United States, and other countries fought for South Africa’s right to have affordable generic medications to treat its HIV epidemic. In May 2000, as a result of activist pressure on the U.S. government, President Bill Clinton signed an executive order stating that sub-Saharan African countries should have access to generic medications to fight HIV. Soon after, in 2001, the 39 pharmaceutical companies also conceded to worldwide condemnation and dropped legal action against South Africa.

As of April 2009, the only generic versions of antiretrovirals approved by the FDA for sale in the United States were didanosine and zidovudine. Thus, while safety and efficacy of many generic antiretroviral medications have been assured by either the WHO Prequalification Project or the FDA itself, these medications may not be bought legally through Internet sites. This policy is infrequently enforced, and FDA guidelines also suggest a way for individuals to purchase and import unapproved medications under certain circumstances, including the unavailability of a medication in the United States for a serious condition [13, 14].

The bottom line for Miss Brown is that current U.S. policies and programs make it difficult for her to protect her health at a cost she can afford. She has been left behind by the U.S. health care system and ADAP program and officially prohibited from buying lower-cost generic HIV medications, even though the U.S. FDA may have found them to be safe and effective. Dr. Chen and Miss Brown may choose a short-term solution—Dr. Chen writes the prescription and helps guide her to a safe online pharmacy to purchase the generic medications. To ensure sustainable beneficial change for Miss Brown, Dr. Chen, and U.S. patients and physicians like them, policies must be altered.

For Dr. Chen to adequately care for his patient population, he must enter the policy arena and work to ensure that health care is within the reach of his patient population. We, as physicians, can follow the advice of Margaret Mead and realize that it “only takes a small group of committed citizens to change the world…it is the only thing that ever has” [15]. 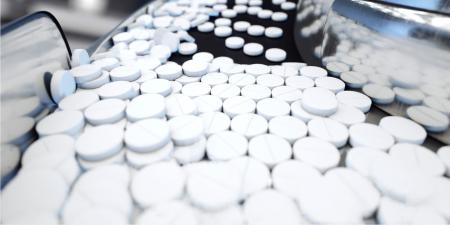 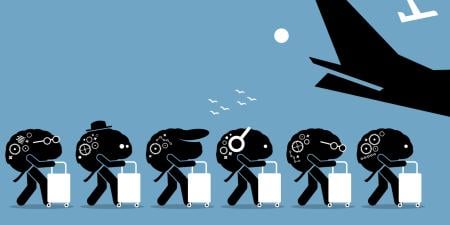 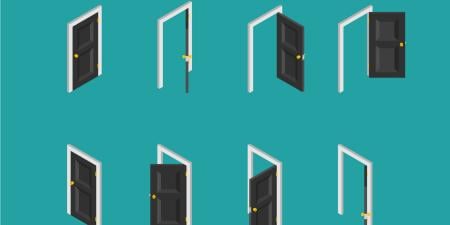