There is general agreement among researchers and caregivers that rapport is an essential ingredient in, and the virtual foundation of, an effective patient-caregiver relationship. Differences in race, ethnicity, and cultural background of caregivers and their patients can be one of the most challenging aspects of end-of-life care. Yet, while the effects of caregiver race and ethnicity have been studied and are regarded as the most important characteristics in the patient-caregiver relationship, they have seldom been looked at in combination with end-of-life care giving.1, 2

The role of racial and ethnic differences in the patient-caregiver (or therapist) relationship has been particularly well studied in both the mental health3, 4 and physical health5, 6 of people of color. Racism is itself often the cause of mental and physical health problems and, along with stereotyping and discrimination, is believed to influence the under utilization of health services by people of color and the high attrition rates of those who do enter into care.

There is a general consensus among behavioral scholars that the culturally congruent patient-caregiver relationship (i.e., one in which patient and caregiver share the same racial or ethnic background) is ideal.7 In such relationships the quality of the rapport and the communication process (e.g., openness, empathy, disclosure, and trust) are improved, and the feeling that caregiver and patient can relate "on common ground" is maximized.8

Conversely, in culturally incongruent patient-caregiver relationships there is a greater probability that the caregiver will lack essential understanding of the patient's culture or background, a fact that increases potential for cultural misunderstandings and decreases the probability that the caregiver will be able to relate to the patient's dilemma. Such basic cultural misunderstanding can erode the all too fragile patient-caregiver relationship. For example, a study of caregivers' interpretation of nonverbal communication and facial affect revealed that culturally congruent caregivers were significantly better in interpreting facial affect and nonverbal signals than culturally incongruent caregivers.9 The communication disadvantage is most evident in cross-racial pairings where the patient and caregiver do not speak the same language. Basic language differences, which include street slang in many urban subcultures, can hamper communication and rapport. In many cases, the cultural differences can also be the basis for mistrust, lack of empathy, muted speech in culturally alienated and disenfranchised patients, inhibitions of disclosure, and defensiveness, as well as a lack of patient compliance in end-of-life care. While cultural mistrust is likely in any culturally incongruent patient caregiver relationships, the most common aspect of cultural mistrust is the mistrust of Euro-Americans by ethnic minorities or people of color.10 These factors can serve to undermine a meaningful quality and level of rapport that is essential to an effective patient-caregiver relationship in end-of-life care.

On the other hand, cultural congruence between patient and caregiver minimizes misunderstandings about attitudes, beliefs, and values regarding end-of-life issues, such as individual versus collective decision making, distinctive cultural meanings of death and dying, and the importance of collective psychosocial support in end-of-life care in some cultures, as well as the cultural regard for funeral rites and culturally sensitive approaches to aftercare.

Another literature supports the position that matters of race, ethnicity, and cultural congruence are less important than more individual, interpersonal caregiver traits such as genuineness, warmth, acceptance, and empathy, which are crucial to establishing a bond and meaningful rapport with patients at the end of their lives. Most important, on this view, is the caregivers' willingness to become acquainted with aspects of their patients' culture, social class, and spirituality as they affect attitudes, beliefs, values, and traditions about death and dying. By so doing, caregivers build confidence, credibility, cultural trust, competence, and professional effectiveness and skills11, 12 The ultimate goal in culturally sensitive care giving is to "move beyond the initial issue of . . . racial (and sociocultural) difference[s] to focus on the patient's problem".13

Consideration of other caregiver cultural characteristics, such gender, religion, and social class, as well as intercultural aspects of diversity, such as sexual orientation, age, disabilities, and regional differences, are also arguably legitimate "cultures" worthy of consideration, but there has been little if any empirical study of the impact of these considerations on the patient-caregiver relationship. One can infer, however, from the aforementioned extensive investigative study of race, ethnicity, and culture that these other dimensions of multiculturalism significantly affect patient-caregiver rapport and relationship.

While culturally congruent patient-caregiver relationships may be ideal and sought-after in care giving situations, matching the patient and caregiver on all relevant variables is difficult if not impossible in our increasingly multicultural society. There is consensus across most care-giving vocations that, in the face of these multicultural realities, caregivers must become culturally competent in caring for diverse patient populations in spite of the absence of cultural parity between them.14, 15 Across a vast array of professional organizations, standards for cultural diversity education have been formulated as guidelines for professional training and conduct in cross-cultural care giving.

From this work15, 16 come 7 recommendations for culturally competent caregiver in end-of-life care.

In summary, the importance of the having someone of the same racial and ethnic background is believed to be more important to the ethnic minority patient than to the caregiver. Cultural congruence is believed to enhance the patient-caregiver relationship. While a racial and cultural match between the patient and caregiver is the ideal, other caregiver characteristics are perceived as being as important and worthy of consideration (regardless of the race) in achieving cultural competence in end-of-life care giving. Culturally competent caregivers bring enhanced credibility and particular skill to meeting the end-of-life care needs of an increasingly diverse patient population.

A Womanist Approach to Caring for Patients With Empirically Unverifiable Symptoms 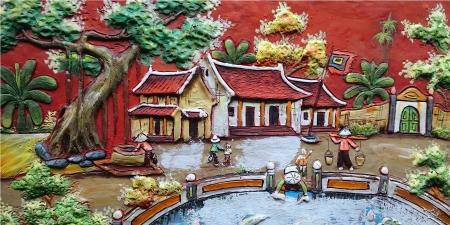 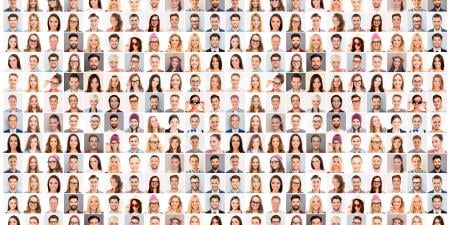 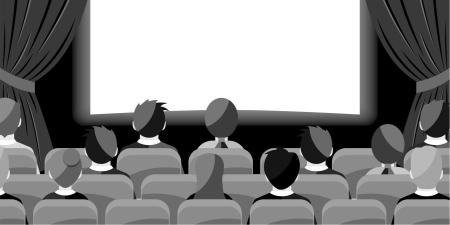 Doctors in Black and White on the Big and Small Screens