In the last 2 decades, research on trauma has helped illuminate that trauma is relational because humans are social, so it operates on the level of relationships in multiple ways.1 Trauma is sometimes understood as a response to discrete events; however, it can also develop as a result of a set of events, such as acts of genocide, in concert with structural violence.2 While historical trauma has become as a term more commonly associated with Native American peoples,3 it now functions as a public narrative for entire communities that have been psychologically affected by legacies of colonialism and their attendant forms of structural violence over time.4 Since racism stigmatizes those who are racialized, the everyday interactions of those who racialize with those who are treated with hostility or demeaned as a result of stigma is one example of how racism’s effects are cumulative.5 In this sense, the racialized are permanently “othered” in a society that relies on racism to determine who has access to resources. The nervous system imprints these experiences of marginalization epigenetically, passing on their effects from one generation to the next, making trauma intergenerational.6

The concept of historical trauma was initially developed through clinical observation with Holocaust survivors whose adverse psychological effects—such as depression, self-destructive behavior, psychic numbing, anger, and elevated mortality rates from suicide—appeared to endure among their descendants.7 Historical trauma was introduced in a Native American context in the 1990s by Debruyn and Brave Heart3 and Duran and Duran,8 who described this kind of trauma as historical unresolved grief or even a “soul wound,” a concept resonant with Native American worldviews. As a narrative linked to colonial violence, historical trauma enabled researchers to understand why Native Americans suffer from disproportionately high rates of psychological distress.9 Brave Heart characterizes this particular kind of trauma response as “transposition where one lives simultaneously in the past and the present with the ancestral suffering as the main organizing principal in one’s life.”7

While some researchers have framed historical trauma as a response to a “big event”—for instance, an act of physical genocide, such as a full-scale massacre of thousands of peoples by US troops or the Nazi regime—researchers working with Native American populations soon found that trauma resulted from both the big event and the enduring forces of structural violence that have remained for centuries.10 Structural violence is a form of violence wherein social structures, such as ideologies like racism or institutions like laws, can harm people by preventing them from meeting their basic needs.11 Settler colonialism is a distinct expression of colonialism that uses such structures to eliminate Indigenous populations in order to replace them with settler societies.12 In the United States and Canada, federal Indian policy enacted both extermination and assimilation—in essence, genocide and ethnocide—to permanently subjugate and eliminate Native Americans as a political threat.13 Historical trauma provides a framework for understanding the ways in which these policies—such as forced removal from Native lands, compulsory boarding schools, and coerced conversion through missionization—put Native American populations at higher intergenerational risk for poor mental health.9

The latest research on specifically Indigenous historical trauma finds that its effects are wide-ranging—from historical loss that brings feelings of shame and anger as well as drug and alcohol use to suicidality, sexual abuse, and depression among residential school survivors.14 Historical loss is complex because it denotes the loss of land in addition to loss of culture. For Native Americans, lands are not objects; they are relatives, replete with plants, animals, and waters that are understood to be members of the larger other-than-human community. Researchers have found that the loss of sacred lands is a major source of grief.3

Federal boarding schools were developed in the United States and Canada in the late 19th century, and enrollment in the United States peaked in the 1970s before passage of the 1975 Indian Self-Determination and Education Assistance Act, which gave Native nations control of their own education systems.15 In the late 19th century, federal agents were ordered to collect all Native children for compulsory schooling, where they lived away from their families for years, forbidden to speak their language or practice their customs.3 Many died in custody from homesickness and disease.3 Missionization began earlier through East Coast Mission schools and the California Mission system in the 1700s.3 At the end of the Indian wars in the 1880s, Native American religious traditions were banned.13 Mission representatives often lived on reservations and worked with federal agents to enforce this ban against ceremonial life, often imprisoning Native American religious leaders due to their political and philosophical influence.13 Settler colonial violence continues to affect Native American well-being—for instance, through predatory forms of resource extraction like the Dakota Access Pipeline that was redirected from a predominately White city (Bismarck, North Dakota) to Standing Rock Sioux territory in 2016-2017, threatening not only Sioux waterways but also tribal sovereignty.16

Native American researchers, in particular, have tried to understand historical trauma and how healing might operate in Native-specific contexts.17 From a Native American point of view, historical trauma has been described as a soul wound because it is experienced as a wounding down to the level of being.18 Systematic violence dehumanizes others, compounding the effects of historical trauma. Racism compromises Native Americans’ self-image, leading to feelings of lesser self-worth, anxiety, and depression.5 However, historical trauma is more comprehensive than that; it is instigated by a total loss of lifeways, producing deep philosophical disorientation.7 Native American clinical researchers have also explored culturally relevant approaches to treatment, such as traditional grief ceremonies, as well as culturally specific definitions of healing. In particular, they have developed treatment protocols that draw from traditional values and ceremonial life in order to restore healthy relationships to one’s self and members of the larger social body.9 This social body includes the natural world and all living within it, human and other-than-human, such as plants and animals, but also one’s ancestors.19 When these relationships of reciprocity and stewardship are restored, so are general feelings of well-being and cultural vibrancy.

In a Native American context, then, healing is relational, meaning it cannot be facilitated solely through cognitive methods; it must be facilitated in and through not only relationships with others, but also one’s relationship with one’s own wound.18 This kind of healing invites the process of feeling once again and is supported by being witnessed, having one’s humanness and pain acknowledged by others. When feeling returns to the body, it enables empathy for self and others. This empathy reduces both the effects of othering and its perpetuation.

One study examined how historical trauma was experienced by Native Americans and could be effectively treated using culturally relevant concepts and worldviews related to 4 themes: recognizing emotional burdens; cathartic disclosure; self-as-project reflexivity; and recognizing the impact of colonization.9 These 4 themes in total describe a healing arc. Initially, patients worked to recognize that a wound or emotional burden was carried in order to then name and disclose the wound to others, such as a counselor. These first 2 steps became a template for coping with these wounds over the course of one’s life, making introspection a healthy habit. The final theme describes how contextualizing language and culture loss—or even abuse experienced at boarding school—within the historical facts of colonization can provide profound psychological relief. For Native American patients, understanding that colonial structures catalyzed high levels of interpersonal violence and addiction in their communities helped them make sense of their lives and, ultimately, find solace in their own cultural traditions. Conversely, it is now clear that the lack of public and collective acknowledgement of Native American genocide and its effects actively contribute to historical trauma.3

These articulations of healing resonate with the work of other Native researchers like Lakota clinical social worker Brave Heart, who, along with a core group of facilitators, developed a Native-centered healing model and workshop in 1992 called the Takini Network.20 This workshop entails a community presentation and 4-day retreat that is adapted to specific tribal contexts. The general aim is to regenerate not only healthy human-to-human relationships but also healthy human-to-environment relationships. Healing these relationships reinforces trust and affinity in the community, which is critical to well-being, since higher levels of interpersonal violence, alcoholism, and depression strain community relations.19 These workshops often end with a Lakota grief ceremony, which traditionally acted as a means to process major life events—in particular, individual and collective loss.19 Ceremony provides a culturally relevant space for the process of healing to take place collectively, reflecting Native American worldviews of interconnectedness—among self, others, and the spirit world. It operates to remind Native peoples that they are part of larger whole, returning to them a sense of identity and positive orientation in the universe.

Native American and non-Native clinical researchers who have worked closely with Native American clients have come to understand historical trauma as not just an outcome of historical acts of genocide but as actively aggravated by ongoing forms of structural violence. These researchers found that treatment using culturally relevant concepts and worldviews, such as interrelatedness, have made Native clientele more receptive to treatment. Some of the most effective features of treatment include ceremonial protocols to restore self-community and human-ecological relationships, as well as the general acknowledgment of colonialism’s impact on Native populations, which serves to rehumanize Native Americans and their experiences of devastating loss. 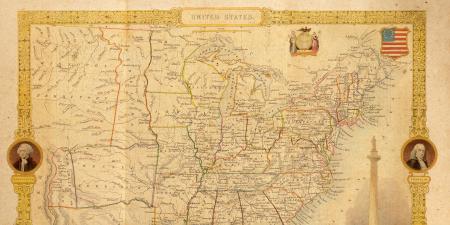 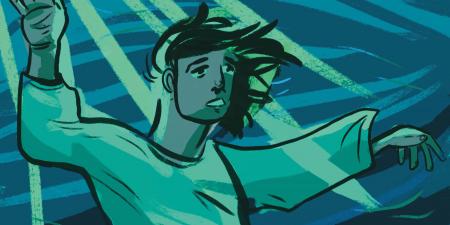 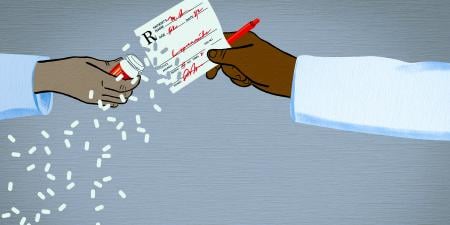 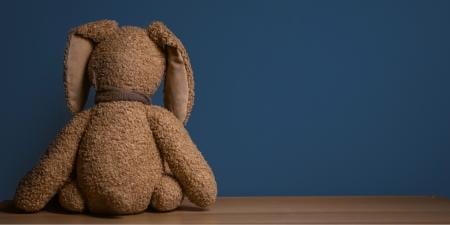