Michael is visiting his pediatrician, Dr. Smith, with his parents. After Dr. Smith performs a well-child exam, Michael’s mother asks whether she and her husband can talk with Dr. Smith alone. They leave Michael in the exam room to dress and go into Dr. Smith’s office.

Michael’s mother, Mary, is concerned because Michael mentioned having a “crush” on his school friend Steven. Both boys are 12 years old and in the seventh grade. “We’re a religious family,” Mary explains, “and we want to do what’s right for Michael now and in the future. We want to save him from this sinful lifestyle before it’s too late, and we have heard there has been some success with the One Choice Conversion Therapy Camp. We are ready to make him work hard at this.”

Dr. Smith is also concerned. He, too, wants what’s best for Michael, but his knowledge of behavioral therapies that attempt to change sexual orientation does not accord with Mary’s. “I share your concern for Michael’s well-being and future. He’s a great kid. He’s healthy and seems to be happy, which is what parents hope and pray for. We don’t know much about his sexuality at the present, but if it is different than yours, we still want him to be able to choose the life that makes him healthiest and happiest. Do you agree?”

“Not if that means being homosexual,” Michael’s dad replies. “It’s a sin. It’s our job to protect him and keep him on the right path.”

Dr. Smith offers what he has read about conversion therapies. “They have been shown to be ineffective and even psychologically damaging. One of the originators of the method later renounced it. I can give you some literature on the therapy, if you’d like.”

“Well, we must do something to prevent Michael from being gay,” Mary interjects, as her husband nods, “and we were hoping that you, as Michael’s doctor, would help us.”

Dr. Smith’s suggestion that the family see a therapist who specializes in children’s developing sexuality is rebuffed by Michael’s parents. “We don’t need counseling,” they say. “We know what the right path is here.”

This case presents a common challenge faced by clinicians who care for adolescents. Michael’s parents express concern to their pediatrician, Dr. Smith, about same-sex attraction voiced by their 12-year-old son and ask for advice about a “conversion therapy camp” as a therapeutic intervention. Michael’s apparent comfort in revealing his “crush” to his parents reflects a generational shift in views of sexual orientation due in part to the public education and awareness efforts of the lesbian, gay, bisexual, and transgender (LGBT) rights movement and the increasing legalization of gay marriage [1].

This scenario allows us to explore the dilemma posed when parental beliefs run counter to their child’s developing sexual identity and clinician recommendations. We approach these questions by first outlining the current scientific evidence about conversion therapy. We then examine the relevant ethical and legal principles that can guide Dr. Smith.

The intervention proposed by Michael’s parents comes under a broad group of behavioral approaches termed sexual orientation change efforts (SOCE). Often conducted within a psychotherapeutic or religious environment, these have long been disavowed by major medical organizations, including the Society for Adolescent Health and Medicine (SAHM), the American Academy of Pediatrics (AAP), the American Psychiatric Association (APA), and the American Medical Association (AMA) [2-5]. A comprehensive review of the evidence about conversion therapy in 2007 by the American Psychological Association concluded that there was no evidence showing that SOCE had any impact on adult sexual orientation or gender identity and that these therapies were often based on developmental theories with questionable validity [6]. More importantly, conversion therapy may cause harms that include depression, anxiety, and self-destructive behavior, fostered by the negative self-image that these efforts create [6]. In this case, Dr. Smith is cognizant of the evidence and appropriately counsels Michael’s parents. Their moral objections are, however, unaltered by his counsel. What are his ethical obligations to his patient Michael at this point?

Is Dr. Smith Being Ethical in His Opposition?

The first ethical principle to guide Dr. Smith is that of nonmaleficence (do no harm). This requires Dr. Smith to advise against an ineffective intervention that exposes the patient to risk of harm. Dr. Smith adheres to this principle when he explains the current medical understanding of sexual orientation and conversion. Though Dr. Smith advises against conversion therapy, is that enough to ensure Michael’s well-being? Does his ethical responsibility end here?

Dr. Smith also has the ethical duty to consider Michael’s best interests (beneficence). In this case, he must go beyond merely advising against the ineffective and potentially harmful intervention that the parents favor. This situation requires a nuanced strategy, a delicate balance between supporting Michael as his sexuality develops and not antagonizing his parents.

The final principle at play in this case is that of respect for autonomy. At age 12, Michael is not yet considered to have the capacity for informed consent, a requisite condition for exercise of decision-making autonomy. Parents are allowed by law to serve as surrogate decision makers for their minor children in most health care situations because they are considered most capable of determining their children’s best interests [7]. If a parental decision places a child at risk, when should the state intervene? What legal protections does Michael have if his parents proceed with the conversion therapy?

Are there Legal Protections for Michael?

Some legal scholars have proposed that, because emotional trauma qualifies as abuse under state child abuse and neglect statutes, conversion/reparative therapy when initiated by parents without assent from a minor can be considered abuse if a court agrees that the harms arising from the therapy would be evident to a “reasonably prudent” parent [8]. Others contend that the inadmissibility of psychological evidence in court proceedings and the difficulty of proving a substantial risk of harm from the therapy make legal protection uncertain for LBGT children and youth faced with involuntary or coercive religion-based treatment, particularly in LGBT-unfriendly jurisdictions [9].

Minors do have legal protections without having to prove abuse or risk of harm, however; state law with judicial sanction now increasingly regulates conversion therapy offered by licensed professionals. In 2012, California became the first state to ban conversion therapy for minors by licensed professionals [10]. A legal challenge to this law was upheld by the Federal 9th Circuit Court of Appeals [11] and allowed to stand by the Supreme Court of the United States [12]. The appeals court noted that these professional activities were within the state’s authority to regulate and did not violate the free speech rights of practitioners or minor patients or the parents’ fundamental rights [11]. New Jersey has passed a law similar to California’s [13], and legislation is pending in eight more states and Washington, DC [14]. These laws could make it easier for doctors to report clinicians who offer conversion or reparative therapy.

In our case, however, unless the “conversion camp” employs licensed professionals, its activity is well within the law.

What Can Dr. Smith Do?

Dr. Smith could end his discussion with the parents after he has counseled the family and offered resources, but this would only partially fulfill his ethical responsibility. First, Dr. Smith needs to talk with Michael privately. This is essential for every encounter with an adolescent that involves sensitive topics. Dr. Smith will build trust with Michael through confidential interviews both during this visit and in the future. If, at some point, Michael tells Dr. Smith that he is attracted to boys, Dr. Smith can proceed to ask Michael more about his emerging sexual orientation. He should ask Michael about health risks such as suicidal ideation or bullying. He should reassure Michael and give information about local (e.g., gay-straight alliances at schools or community youth centers) and national resources for LGBT youth [15], including LGBT youth-specific suicide helplines (e.g., the Trevor Project). Michael’s trusting relationship with his doctor can help build resilience and nurture the development of his sexuality.

In our opinion, the next step is for Dr. Smith to initiate an ongoing dialogue with Michael’s parents, acknowledging their beliefs while encouraging them to support their son through this challenging period. Evidence supports the importance of parental acceptance of their children’s sexuality. Compared with LGBT young people who were not rejected or were only slightly rejected by their parents and caregivers because of their identity, highly rejected LGBT young people are eight times as likely to have attempted suicide and nearly six times as likely to report high levels of depression [16]. Highly rejected LGBT youth also have higher rates of homelessness, as a result of family conflict or being forced out of the home [17], risky sexual activity and drug abuse [16].

It is important to understand the diversity of parental emotional reactions and also to ascertain what they understand or perceive about same-sex attraction. In addition to accurately summarizing the current scientific recommendations, it may be helpful in this case to direct the parents to inclusive religious organizations that could counter their moral objections as well as to parent-specific resources such as the local chapter of Parents, Families and Friends of Lesbians and Gays (PFLAG), where parents can meet other parents and receive ongoing support. It is unrealistic, however, to expect that the parents’ moral objections to homosexuality will change after a single primary care visit.

Dr. Smith also risks alienating Michael’s parents if his objections are too forceful. A parallel may be drawn with vaccine-hesitant parents: recent evidence shows that well-intentioned efforts to convince them to vaccinate their children often have counterproductive effects [18]. At the same time, Dr Smith should not underestimate his influence as a trusted professional, particularly if he has an established relationship with the family. Scheduling repeat visits may be beneficial for Michael and his parents. Though referral for counseling is advisable in the setting of obvious mental distress or clinical depression, this should not be seen as a means to divest oneself of the responsibility of working with the family.

Here we provide a sample dialogue that Dr. Smith could use with the parents after he has spoken with Michael:

I am glad that you came in to talk to me. Michael has felt comfortable talking to you about this, and this tells me that he trusts you and that he feels safe talking to you. His attraction to his friend is very normal. Some boys this age who are attracted to boys continue to be attracted to boys as they get older, some develop attraction to girls, and some will be attracted to both. What is most important is Michael’s health and safety and his feeling supported by the important people in his life. I hope that you will read and think about the information I am giving you today before you make a decision about the camp. I would like to see you back soon to talk about this further.

Culturally competent care and religious sensitivity do not imply that the clinician fails to be a strong advocate for his patient whose well-being is his first responsibility. Given the uncertain legal protections from conversion therapy for minors, Dr. Smith’s efforts may be confined to sensitively educating the parents and providing reassurance and support to Michael. If he can preserve a trusting relationship with Michael’s parents, it is possible that over time their views may change, and their relationship with their son strengthen. 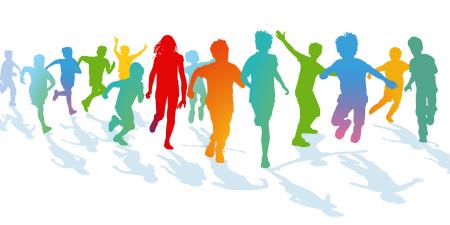 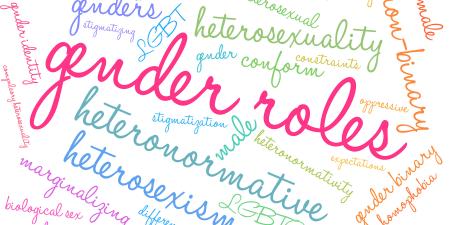