In 2012, pharmaceutical and medical device manufacturers spent more than $4 billion in the U.S. to promote their products to patients [1]. These direct-to-consumer advertisements (DTCA) are disseminated via television and radio, magazines and newspapers, and—increasingly—the Internet. DTCA has important implications for the consumerism movement in health care. High-tech media like smartphones and the growth in wireless Internet connectivity are allowing more patients to access promotional information about potentially beneficial treatments, but the lack of firm regulatory guidelines governing DTCA may lead to suboptimal treatment decisions and health and economic outcomes.

DTCA has been widespread in the U.S. for as long as prescription drugs have been for sale [2]. The U.S. Food and Drug Administration (FDA) was first granted regulatory authority over pharmaceutical DTCA in the 1962 Kefauver-Harris Amendments, which authorized the agency to oversee prescription drug labeling and advertising [3]. In the 1980s, a large increase in print DTCA was spurred by a combination of the rise in patient proactiveness in medical decision making, a political environment that favored deregulation, and 1985 FDA guidance establishing the form in which a brief summary of risks could be provided in print media [4]. However, the FDA’s “fair balance” standard for DTCA—requiring a “brief summary” listing of all product risks when a specific claim was made about a prescription drug product—made broadcast advertising of prescription drugs prohibitively expensive.

The landscape changed again in 1997 when the FDA issued a preliminary guidance document (finalized in 1999) that allowed broadcast advertisements to satisfy the fair balance requirement by including far simpler side effect profiles called “major statements,” as long as sources for more complete information (e.g., a concurrent print advertisement or a toll-free number) were identified [5]. After this regulatory reinterpretation, pharmaceutical DTCA spending accelerated, increasing from less than $1 billion in 1997 to a peak of $5.4 billion in 2006 [6].

As DTCA of medical products has evolved, it has remained a controversial subject [7]. Proponents of the advertising point to surveys showing that physicians believe that DTCA educates patients and gives them confidence to take a more active role in their care [1, 8]. In addition, DTCA can reduce stigma associated with the advertised diseases and thus reduce underdiagnosis and undertreatment [3]. Some have also suggested that DTCA can enhance patient adherence, although the empirical evidence on this point is limited [1, 9]. While surveys of patients and physicians reveal that DTCA can make patients feel better about their prescriptions and can remind patients to have their prescriptions refilled, studies attempting to quantify this effect on prescribing patterns or patient outcomes have drawn no clear conclusions [1, 9].

DTCA has also been criticized for interfering with effective patient-doctor relationships. Some physicians have pointed out that addressing information patients bring from drug advertisements makes patient visits longer and less efficient [8]. In one survey, one-third of responding physicians reported that DTCA made patients less confident in their clinical judgment [10], for example when the physician recommended a therapy other than the one the patient was exposed to in the DTCA.

In addition, while DTCA provides some information about disease entities and their therapies, it often fails to do so in a balanced manner. First, the promotion of high-cost, patent-protected drugs puts the spotlight on disorders treated by these products, regardless of whether they are widespread or severe. It can also undermine patient confidence in competing generic drugs or other effective alternative treatments [11]. Second, advertisements also tend to overemphasize benefits and minimize risk. Recent work in social psychology examining the influence of implicit content in DTCA found that the inclusion of positive stimuli—such as children playing happily on a grass field during an asthma inhaler advertisement or a photogenic person stating the side effects of a drug—may subconsciously foster unjustified beliefs about safety and efficacy and unduly influence the viewer’s choice of therapy [12].

Whatever physicians and patients may think about DTCA, studies show that it stimulates prescribing. In one national survey, physicians reported filling 75 of 108 (69 percent) DTCA-prompted patient requests for interventions that they considered inappropriate [8]. A randomized controlled study that investigated the effect that patients’ DTCA-related requests had on rates of prescribing antidepressants found that prescribing rates were 22 percent higher when standardized patients made brand-specific requests linked to DTCA than when no medication request was made [13].

The Future of DTCA

There have been calls in the U.S. for a moratorium on DTCA to curtail the negative effects of drug advertisements [14], but such a proposal is likely to gain little traction since drug advertising falls under courts’ expanding protection of “commercial free speech” under the First Amendment [15]. Notably, DTCA is relatively rare outside the U.S.; New Zealand is the only other Organisation for Economic Co-operation and Development nation that allows this type of advertising, despite numerous attempts by the pharmaceutical industry and its lobby groups to overturn bans in other regions, including the European Union [16, 17].

While an outright ban on DTCA in the U.S. is unlikely, in 2009 the FDA issued a Notice of Proposed Rulemaking (NPRM) regarding DTCA with the purpose of implementing aspects of the FDA Amendments Act of 2007. The statute called for the major statement of side effects and risks to be “clear, conspicuous and neutral” [18], defining “neutral” as an “unbiased manner” free from “distracting representations (including statements, text, images, or sounds or any combination thereof) that detract from the communication of the major statement” [18]. The marketing community’s lobbying group, the Advertising Coalition, asserted that FDA’s suggested definition of “neutral” was not grounded in precedent or evidence [19]. In addition, the coalition implied that the NPRM was premature given that it was still in the process of analyzing the results of a recently concluded study looking at the impact of distraction on consumer understanding of risks and benefits [19]. Instead, the Advertising Coalition supported a less restrictive definition that the major statement should “neither underwarn nor overdeter” [19]. Four years later, the FDA has yet to finalize and implement this regulation.

The Internet, too, has served as an increasingly important forum for drug advertising, with recent estimates of online DTCA spending topping $1 billion annually [20]. The Internet offers substantial patient empowerment through self-directed learning, but online DTCA has been criticized for using seemingly neutral third parties to present biased information about drugs without appropriate sponsorship disclosure [21]. Adding to this concern is the concordant rise of online pharmacies selling counterfeit medications, many of which use the same marketing tactics as the drug manufacturers themselves, leading to increased confusion and potential harm for patients seeking to learn more about their conditions [22].

Early FDA attempts to regulate Internet DTCA have been limited. In 2009, the agency sent out 14 warning letters to pharmaceutical companies informing them that their sponsored links on search engines were considered misbranded since they did not provide any statements about adverse effects. These sponsored links generally contained the brand name, the intended treatment condition, potential benefits, and a link to the product’s website containing risk information. Critics argued that since the product’s website was only “one click” away from the link, the two should be seen as one entity, much like different parts of a television commercial [23, 24]. In response to the FDA’s warnings, drug companies’ sponsored links now include either the name of the drug or treated condition, but not both, which arguably removes the explicit association between drug and disease [25]. At the same time, manufacturers continue to expand their Internet presences, including interacting directly with patients or physicians through online chat rooms and forums [21, 25].

DTCA’s relationship to medical consumerism thus remains a conundrum for policymakers. While physicians are the primary source of patients’ information about prescription drugs, the courts have long recognized that print and broadcast DTCA undercuts physicians’ educational role [26]. So-called web 2.0 technology, including YouTube channels, iTunes applications, and social networking sites, can offer increasingly personalized information to patients, allowing them to play an even more active role in their health. However, this effect is salutary only when the information is true and it is communicated in an accurate and balanced way that takes into account the totality of the evidence.

As a result, we believe that DTCA alone does not adequately support patient autonomy and consumerism. Given the substantial dangers that can arise from use of prescription drugs and the decades of evidence showing that advertising drives use of medical products, reasonable restrictions are necessary to ensure that DTCA information is presented in a clear, neutral, and patient-accessible manner. The best way to achieve that would be careful prospective assessment by the FDA of all promotional claims for medications and devices, acting on behalf of all the nation’s prescribers and consumers. But the FDA’s capacity to undertake these reviews is limited, and the delays in rule making show the difficulty in achieving consensus on definitions of even basic terms like “neutral.” In the past, medical professional societies like the American Medical Association (AMA) have stepped into this vacuum with their own review processes and provided a third-party seal of approval to advertisements in print media that meet their own evidentiary standards [27]. The AMA eventually stopped this practice in 1955 due to the threat of personal injury lawsuits linked to products carrying the association’s seal [28]. Despite the positive effects that DTCA can have in supporting medical consumerism, until regulators or professional societies take a more active role in certifying the reliability of the information, patients have no choice but to remain skeptical about what they read and see about prescription drug and medical devices in print media, on television, and online.

DTCA in the U.S. has evolved along with changing regulations and media outlets. While recent studies of DTCA are mixed, drug advertisements remain pervasive and therefore exert an undeniable influence on the way the public learns about available therapies and how patients and physicians communicate. Because advertisements’ primary purpose is to sell products, rather than to inform patients in an unbiased manner, reasonable oversight is essential for the public health. The current rise of highly personalized online DTCA should be a primary focus of this vigilance. Input from all stakeholders is required to ensure that “fair balance” is achieved in all types of drug advertising. 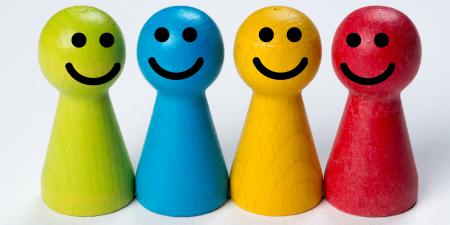 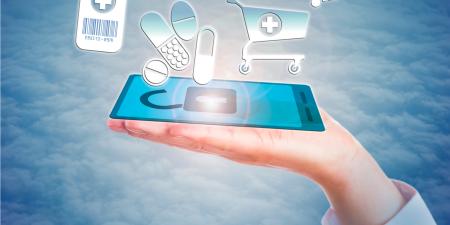