The rise of a secular public sphere and the concomitant demand for tolerance of private religious beliefs has marked the development of modern thought. Fields once closely tied to religion, such as government, philosophy, and education, have sought nonsectarian grounding that opens them to members of any religious community or none at all. Medicine and medical ethics have likewise sought to separate themselves from confessional stances. At the same time, medical ethics has demanded a respect for patient religious and spiritual beliefs. To borrow a phrase from government, a separation of church and medicine has become the accepted norm.

This separation, however, frequently breaks down. As two important ways that people respond to human suffering, religion and medicine are bound to intersect. Often this intersection is not problematic. Occasionally, however, the values of secular medicine conflict with the values of religion. This issue of Virtual Mentor explores some of the problems and questions that arise when religion and medicine intersect and how we as health care professionals ought to respond to them.

Clinical decision making ideally brings together physician expertise and patient values to arrive at a treatment that maximally benefits the patient. Religion and spirituality often shape patient values in ways that run counter to what physicians might consider best for the patient. Margaret and John Tarpley respond to a case in which a man’s faith influences his decision not to undergo treatment for pancreatic cancer. They emphasize the importance of respect for patient autonomy when such situations arise. Sometimes, the differing worldviews of physicians and patients cannot be brought together. Iraqi physician Nabil Al-Khalisi recounts a clinical tragedy in which a child with methanol poisoning dies because the physician cannot convince the child’s grandfather that ingesting alcohol ethanol, prohibited by the grandfather’s understanding of Islamic law, is an effective therapy.

How patient religious attitudes affect treatment decisions was the focus of a recent JAMA article that received widespread attention in the professional and lay press [1]. On the surface, the article seemed to show that terminal cancer patients who are religious receive more aggressive therapy with no added benefit than similar patients who are not religious. In an insightful journal discussion, Kyle B. Brothers discusses this article and its methodology and questions how much it can tell us about the association between religious beliefs and use of aggressive treatment at the end of life.

Patients are not the only parties in the clinical encounter whose spirituality might shape their values. Physicians too have religious views, including agnosticism and atheism, that influence their encounters with patients, especially when patients bring up their own spirituality. In one case in this issue, an agnostic physician adopts religious reasoning to persuade his patient to make medically appropriate lifestyle changes to reduce his risk of stroke. Commentator Keith G. Meador explores some of the problems of both inauthentic use of religious language and use of religion as a means to a medical end. Building on this case, neurologists Derek Riebau and Lisa Hermann have written a clinical pearl that summarizes current recommendations for secondary prevention of stroke.

Clinical encounters in which the faith (or lack thereof) of the physician and that of the patient interface can present quite a challenge. The training of physicians to be cognizant of these dynamics has received increasing interest among medical educators. In an informative essay, Samuel E. Karff draws on his experience as a theologian and educator of medical students to discuss how physicians can be trained to interact with devout patients in constructive and appropriate ways.

Caregiver religious values can also lead to conflict with the secular values of the larger profession. Today, this conflict frequently arises with regard to provision of reproductive health care, such as contraception, abortion, and fertility therapies. In the current debate, the issue is usually framed as a clash between an individual caregiver’s right to refuse to provide services of this kind on religious grounds and the profession’s larger secular commitment to make these services accessible to all. This dynamic is inverted in one of this month’s cases: an individual clinician’s commitment to reproductive health care alternatives conflicts with the religious beliefs of the health system in which he is practicing. In their commentary, Frank A. Chervenak and Laurence B. McCullough come down strongly on the side of the clinician’s right and obligation to provide what he believes to be appropriate medical care. Robert J. Walter’s view of the same case contrasts the physician’s covenantal duty to the profession with his contractual obligation to his employer. Looking at this same issue on a societal level, Lynn D. Wardle explores how the medical system could accommodate provider conscience while making provision for availability of services.

The efforts of the Indian Health Service (IHS) to incorporate traditional Indian medicine illustrate some of the challenges in crafting policies that accommodate religious and secular values. In a comprehensive look at the history of the IHS, Everett R. Rhoades, its first American Indian director, details some of the difficulties in making room within the secular, bureaucratic world of a government agency for traditional religious practices.

In the health law section, Kevin Abbott discusses statutory child-neglect laws, exceptions to those laws that allow parents to forgo medical care for their children in accord with religious beliefs, and how courts have dealt with cases where exercise of religious freedom has resulted in death of a child.

These articles demonstrate the manifold ways in which medicine and religion intersect, for better or for worse. In a series of op-ed articles, three authors explore a range of perspectives on the question of whether physicians should engage patients on the topic of spirituality. Stephen G. Post examines the nature of the relationship between medicine and religion and concludes that intersections between them are inevitable. He describes religion and medicine as “brothers under the skin,” intrinsically linked by the reverence in which they each hold life. Christina M. Puchalski articulates some of the important boundaries that providers must maintain between religion and medicine. Richard P. Sloan delivers the view from the opposite end of the spectrum, arguing that much of the current enthusiasm for religion in medicine is misguided and that we need to keep an even stronger separation of church and medicine.

This issue of Virtual Mentor leaves many questions unanswered. The variety of viewpoints represented here shows there is no consensus on the right way to handle the intersection of religion and medicine. What does seem to be clear is that the question is not going to go away. As future and current physicians, these are problems that will confront us in our practices. It is my hope that this issue of VM gives all of us an opportunity to examine these questions so that when we must confront them, we do so with integrity and thoughtfulness. 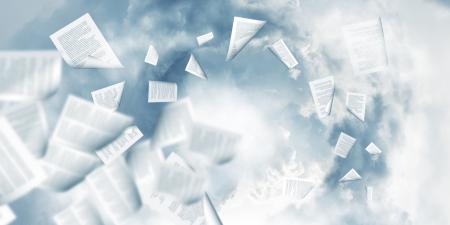 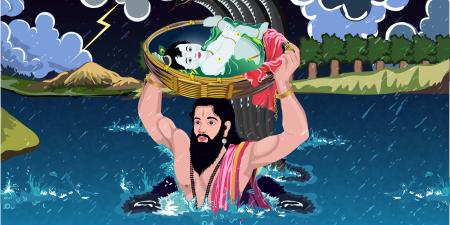