With advances in antiretroviral therapies, perinatally infected children are now living with HIV well beyond adolescence. Parents and health care practitioners thus face the challenge of deciding how best to disclose positive serostatus to children living with HIV. Although many adolescents living with HIV are sexually active, parents often delay disclosure, which presents US physicians with an ethical dilemma because there is no legal requirement to follow clinical guidelines recommending disclosure prior to adolescence. When they become adults, US adolescents could face criminal penalties if they fail to disclose their positive serostatus to needle-sharing or sex partners despite there being no legal mandates to ensure that adolescents are first properly informed of their own diagnoses. We argue that there is an urgent need to bridge this gap between adolescent and adult HIV serostatus disclosure policies.

Critical Decisions about When to Disclose a Child’s HIV Serostatus

Approximately 36.7 million people live with HIV globally, including 1.8 million children under the age of 15.1 Despite clinical advances in HIV prevention and management, nearly 5700 new cases of HIV arise daily, including roughly 400 children under the age of 15.1 The majority of these children have been perinatally infected with HIV via maternal transmission during pregnancy or breastfeeding.2 Thanks to the advent of antiretroviral therapies (ART), HIV transmission from mother to child is preventable.3 Indeed, the number of new HIV infections among children has declined almost 70% from 2000 to 2015.1 Moreover, HIV has evolved from a terminal illness to a chronic disease that can be managed well into adulthood with advances in ART and care.3

As perinatally infected children mature to adolescence, their parents, caregivers, and health care practitioners now face critical decisions about how best to disclose the child’s HIV serostatus within and outside of the health care system. Prior to the development of ART, children infected with HIV rarely survived past their fifth birthday.4 Thus, the question of how and when to disclose a child’s diagnosis at that age was not a long-lasting concern for parents or health care practitioners.5,6 However, clinical guidelines and legal policies regarding HIV serostatus disclosure must now be reconsidered within pediatric and adolescent contexts.

Within the United States, the contrast between HIV disclosure policies for adolescents and adults is stark. For nearly 2 decades, clinical pediatric guidelines have recommended, but not required, that disclosure take place prior to adolescence, a time when children transition towards maturity and are more likely to engage in risky behaviors.7 Yet physicians and caregivers are neither clinically nor legally mandated to inform adolescents of their serostatus. This lack of enforcement carries clinical implications, as adolescents living with HIV are having unprotected sex, often without disclosing their HIV serostatus to their sex partners.8,9 In order to protect the health of adolescents living with HIV, as well as that of their sex partners, physicians and caregivers ought to be legally required to inform adolescents of their serostatus. In contrast to the lack of legal policies concerning HIV disclosure to adolescents, adults living with HIV are subjected to controversial federal and state laws concerning disclosure of HIV exposure to sexual and needle-sharing partners.8 Many laws criminalize nondisclosure of positive HIV serostatus among adult partners, but none of them enforce clinical disclosure to adolescents living with HIV.8 Criminalizing behaviors based on HIV status, rather than criminal intent or actual risk of transmission, has been recognized not only as controversial but also as ineffective in preventing HIV transmission.10 Although current HIV criminalization laws are largely in need of reform, legal mandates can still have an important role to play in HIV prevention. Rather than criminalize, legal policies should be used to promote HIV management and prevention, which begins with patients learning of their own serostatus. For perinatally infected patients, this disclosure process must happen before adulthood, during adolescence.

Serostatus disclosure policies are complicated by adolescents’ minor legal status, as parents often delay the disclosure process and request that physicians follow suit, commonly out of fear that disclosure will psychologically distress or socially isolate their child.5,11 For example, some parents delay disclosure by lying to their children regarding the reason they take medication.5 Given the stigmatized nature of HIV,5,12 these parental fears are understandable, yet delaying disclosure introduces a new set of risks to both adolescents living with HIV and their potential sex partners. If parents choose to delay disclosure, then health care practitioners, who are not legally mandated to inform a child about his or her HIV-positive serostatus, are faced with an ethical and clinical dilemma.13

From an HIV-prevention standpoint, if adolescents are unaware of their own diagnosis, they will be unable to inform their sex partners, might not take their medication, and might engage in behaviors that they might not otherwise have chosen. On average, adolescents in the United States begin engaging in sexual intercourse as legal minors, with over 30% reporting sexual debut by age 16.8,14 Serostatus disclosure to sex partners and condom usage are important factors in preventing the transmission of HIV.9 In addition to preventing disease transmission, evidence suggests that disclosure can positively impact physical and psychological health by improving ART adherence, clinical care retention, and social relationships, as one no longer has to hide medications or doctor’s appointments.12,15,16

Adolescents living with HIV have an ethical right to know their serostatus. Given the health and social benefits and ethical value of disclosing HIV serostatus—and the potential negative implications of not disclosing—this article outlines and provides justification for bridging the current gap between adolescent and adult HIV serostatus disclosure policies in the United States.

Despite clinical recommendations to encourage HIV disclosure by adolescence, global disclosure rates remain low among children and adolescents, including in the United States, where consistent disclosure policies and legal mandates to inform adolescents are lacking.17 While parents earnestly attempt to protect their children by delaying disclosure, delayed disclosure has been associated with increased anxiety, depression, and social exclusion among adolescents living with HIV/AIDS.17 Rather than mitigating HIV-associated stigma, delaying disclosure could simply reinforce the implicit feelings of shame and secrecy that have historically characterized HIV/AIDS.

By facilitating an appropriate and open disclosure process, clinicians and caregivers can help normalize a child’s diagnosis. In this way, they can set a positive example that adolescents can follow as they develop the skills to disclose their serostatus to future sex partners and others throughout their lives. With the potential to improve the health outcomes of adolescents living with HIV, as well as those of their future partners, serostatus disclosure ought to be more strongly and consistently implemented.

Following recommendations established in 1999 by the American Academy of Pediatrics (AAP) to encourage HIV disclosure by adolescence, the World Health Organization (WHO) created guidelines in 2011 for initiating the disclosure process when a child reaches age 6, recommending full disclosure by age 12.11 As Wiener et al. note in their review of the literature, however, the prevalence of pediatric disclosure reported by previous studies ranges from below 10% to over 75%.21 Many studies have published low rates of full serostatus disclosure, suggesting that nondisclosure and partial disclosure (in which children are given only some information about their illness) are more prevalent.21 As suggested by the inconsistent patterns of pediatric serostatus disclosure across the United States, the AAP and WHO recommendations are not being used and would benefit from clinical enforcement.

Without clinical enforcement and legal mandates, how can adolescents properly inform or protect their partners if they remain uninformed themselves? In a study of 146 youth living with HIV in the United States, 47% reported having unprotected sexual intercourse in the past 3 months, and 44% of these youth did not disclose their HIV serostatus to their sex partner.9 Data regarding how many of these adolescents fully understood their own diagnosis were not reported. These findings, among others, nonetheless highlight the urgent need to prioritize adolescent HIV policy to improve rates of condom use and partner disclosure.22 Before adolescent partner disclosure can take place, adolescents must first be properly informed of their own serostatus. For adolescents living with HIV, the way in which they are first informed of their own diagnosis might influence their patterns of disclosure to others. And adolescents who are properly informed of their own diagnosis are more likely to receive emotional support from HIV counseling and follow preventive practices to reduce risks for themselves and others.23

Although the urgent issue of pediatric HIV disclosure has begun to reverberate within the health promotion field,7,11 it is clear that recommendations alone are not enough to encourage disclosure. With consideration of their emotional, psychological, and cognitive development, adolescents must be informed of their own HIV serostatus, regardless of their parents’ desire to delay disclosure. To help physicians navigate this ethical dilemma, legal policies ought to be established in tandem with current evidence-based disclosure guidelines, interventions, and educational efforts.

In the United States, 67 laws concerning HIV disclosure existed in 33 states by 2011, pertaining exclusively to adults.8 It seems incongruous to criminalize partner nondisclosure once an adolescent reaches adulthood without ever mandating that adolescents be informed of their own diagnosis prior to adulthood, let alone be given the opportunity to acquire skills in and practice disclosure before reaching adulthood. Legal policies need to bolster educational interventions to improve pediatric HIV disclosure by caregivers and physicians. It should not merely be recommended that, as they near adolescence, HIV-positive youth be informed of their diagnosis: it should be required. Ideally, parents and health care practitioners would work as a team to facilitate a supportive disclosure process for adolescents. If parents are unwilling to disclose, physicians ought to be granted legal authority to begin the disclosure process without parental consent.

As evidenced by high rates of nondisclosure and unprotected sex among HIV-positive adolescents both within the United States and abroad, current clinical guidelines concerning disclosure lack enforcement. Globally, the number of adolescent HIV-related deaths increased by 50% from 2005 to 2012, while overall HIV-related deaths decreased by 30%.23 The WHO acknowledges that adolescents living with HIV have not yet been prioritized in global or national policies.23 Along with investigating ways to bolster ART adherence and community support among adolescents, HIV serostatus disclosure is recognized as a critically underresearched issue, warranting urgent attention.23 The current recommendation for disclosure to occur by adolescence needs to be enforced with legal policy—not to criminalize or stigmatize youth living with HIV but to help ensure that they are fully informed of their diagnosis. Rather than “protect” HIV-positive children from news of their serostatus, health care practitioners have the potential to empower these children with knowledge of their condition and equip them and their families with skills to improve clinical outcomes and develop health-promoting practices. Legal policies to encourage and enforce timely disclosure are needed to protect and motivate physicians as they educate and care for adolescent patients living with HIV. 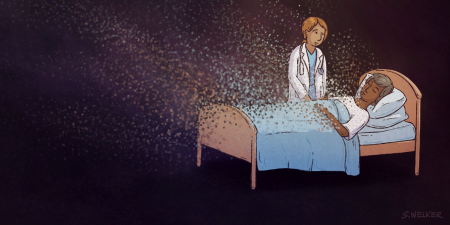 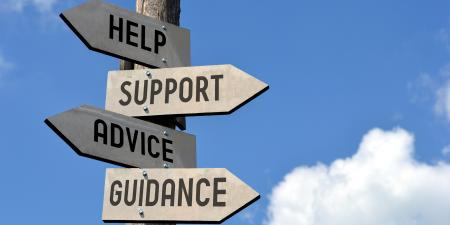 Should Physicians New to a Case Counsel Patients and Their Families to Change Course at the End of Life? 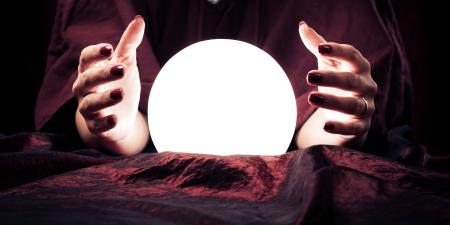 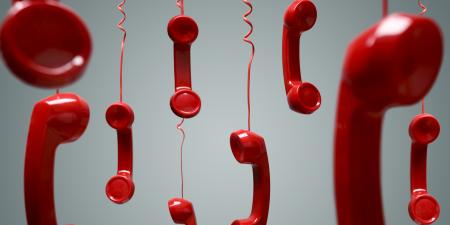 For People Dying to Talk, It Finally Pays to Listen with Reimbursable Advance Care Planning