Aripiprazole tablets with sensor offer a new wireless trackable form of aripiprazole that represents a clear departure from existing drug delivery systems, routes, or formulations. This tracking technology raises concerns about the ethical treatment of patients with psychosis when it could introduce unintended treatment challenges. The use of “trackable” pills and other “smart” drugs or nanodrugs assumes renewed importance given that physicians are responsible for determining patients’ decision-making capacity. Psychiatrists are uniquely positioned in society to advocate on behalf of vulnerable patients with mental health disorders. The case presented here focuses on guidance for capacity determination and informed consent for such nanodrugs.

Mr A is a 43-year-old patient with schizophrenia brought by police to the emergency department of an academic medical center. Police stated that he was making threats to harm himself while holding a knife. A neighbor noticed that he was pacing the street and responding to auditory hallucinations. In past psychotic episodes, he experienced similar auditory hallucinations and persecutory delusions of being tracked by government satellites. He believes that a “microprocessor” is imbedded in his right wrist, which he can feel “getting warmer” when the government “turns it on.” He has auditory hallucinations of male and female voices warning him to avoid people, especially on the streets, because they are “trying to harm me.” He has seriously injured himself in the past, cutting his wrist to try to remove the imagined microprocessor; this injury required extensive surgical repair of his tendons and vasculature.

Mr A’s mental status exam revealed an alert, fearful, and minimally cooperative male with poor hygiene, disorganized speech, paranoid delusions, bizarre abstraction, poor insight, impaired judgment, and tactile hallucinations of a microprocessor in his wrist. He was involuntarily admitted to a psychiatric unit due to psychosis and imminent risk of serious self-harm.

Records of prior inpatient care reveal that Mr A tends to improve dramatically after brief hospitalizations and administration of antipsychotics, and on his last admission he was stabilized with oral aripiprazole. Currently, his admission status is involuntary, but Mr A is willing to take medications. His admitting resident psychiatrist contemplates using aripiprazole trackable pill technology to aid Mr A’s treatment adherence. Other members of the treatment team raise concerns about its use for this patient—specifically, whether using it would create unintended harms and undermine his trust in them, given the nature of Mr A’s self-harm history as it relates to the imagined device in his body.

Antipsychotics have gained broad approval for mental disorders ranging from schizophrenia to major depression, bipolar disorder, and autism spectrum disorder. Various formulations have been developed including oral disintegrating tablets, oral solutions, short-acting intramuscular injections, and long-acting injectable formulations.1 The recent introduction of wireless technology to track patient information such as compliance is a clear departure from existing drug delivery systems, routes, or formulations. For example, aripiprazole is available as a tablet containing an ingestible sensor. A patch is worn on the skin of the abdomen that tracks and records medication compliance.2-4 After swallowing the pill, a patient can track ingestion and activity level data as well as self-reported mood and quality of rest on a smart phone app. The patient can elect to share the collected data with others, including a clinician. Clinicians who have access to the information can be alerted about a patient’s noncompliance with the medication. Currently, aripiprazole tablets with sensors have not been shown to improve patient compliance.3,4 Similar drugs are being explored and are referred to as “smart” drugs, nanodrugs, digital drugs, or electronic drugs. Although the technology might prove to be a significant medical advance, it could also introduce unintended harm (eg, increased distress) in some patients, such as Mr A. Specifically, it would be critical for Mr A’s team to assess whether Mr A would be at increased risk for self-harm, distrust of psychiatric services, and increased emotional distress if he were prescribed a “trackable” pill and to determine whether he has decision-making capacity to consent to the medication. A critical ethical question is this: Which criteria should be used to assess whether and when this drug is appropriate for patients who don’t have insight or decision-making capacity?

Clinicians often struggle with improving treatment adherence in patients with psychosis who lack insight and decision-making capacity, so trackable nanodrugs, even though not proven to improve compliance, are worth considering. At the same time, guidelines are lacking to help clinicians determine which patients are appropriate for trackable nanodrug prescribing. The introduction of an actual tracking device in a patient who suffers from delusions of an imagined tracking device, like Mr A, raises specific ethical concerns. Clinicians have widely accepted the premise that confronting delusions is countertherapeutic.5 The introduction of trackable pill technology could similarly introduce unintended harms. Paul Appelbaum has argued that “with paranoid patients often worried about being monitored or tracked, giving them a pill that does exactly that is an odd approach to treatment.”4 The fear of invasion of privacy might discourage some patients from being compliant with their medical care and thus foster distrust of all psychiatric services.2,4 A good therapeutic relationship (often with family, friends, or a guardian involved) is critical to the patient’s engaging in ongoing psychiatric services.

The use of trackable pill technology to improve compliance deserves further scrutiny, as continued reliance on informal, physician determinations of decision-making capacity remain a standard practice. Most patients are not yet accustomed to the idea of ingesting a trackable pill. Therefore, explanation of the intervention must be incorporated into the informed consent process, assuming the patient has decision-making capacity. Since patients may have concerns about the collected data being stored on a device, clinicians might have to answer questions regarding potential breaches of confidentiality. They will also have to contend with clinical implications of acquiring patient treatment compliance data and justifying decisions based on such information. Below is a practical guide to aid clinicians in appropriate use of this technology.

Criteria for Appropriate Nanodrug Use

First, it should be determined whether the patient has decision-making capacity with regard to antipsychotic medications. The usual criteria for determining decision-making capacity include “factual understanding of the issues,” “appreciation of the situation and its consequences,” and “rational manipulation of information.”6 In most situations, the goal is to facilitate patient autonomy once insight is restored. If poor insight is present (but the patient does not necessarily lack decision-making capacity), a second decision must be made about whether more intrusive and paternalistic methods such as pill counts or changing the formulation to a long-acting injectable antipsychotic might be warranted.7,8 Trackable pills might be considered after careful review of a patient’s unique disorder and symptoms. For example, trackable pills might not be appropriate for patients who feel threatened and might therefore carry out actions, including harm to self or others, designed to prevent realization of their fears driven by persecutory delusions.9 If trackable pills are deemed clinically and ethically appropriate, a sliding-scale approach can be used to determine decision-making capacity based on the risk-benefit ratio of the trackable pills (ie, if trackable pills are deemed a low-risk, high-benefit treatment, a patient who refuses the treatment would be held to a higher standard than one who accepts it).6 Finally, if the patient consents to trackable pills, any treatment modifications based on the data collected should be made transparent to the patient. For instance, if the clinician later wishes to hospitalize the patient or to abandon the trackable pill treatment in favor of a long-acting injectable antipsychotic, the patient should be able to consent or refuse.

Applying the Criteria to the Case

After rapport was established with Mr A, the above steps were applied to his case. Although he desired to be treated with antipsychotics, his ability to rationally consider the benefits and risks of taking a trackable pill was deemed to be poor. For this reason—and because the trackable pill was determined to be a poor choice for him given his delusions of surveillance and the possibility that it could lead to his further distrust of the treatment team—he was not given information about the new trackable pill. Instead, it was recommended to him and his family that more established antipsychotic and psychotherapeutic treatment options be utilized. He ultimately did choose to consent to a long-acting injectable formulation of aripiprazole. It could be argued that, with proper informed consent, Mr A might benefit from the new trackable pill technology once he is stabilized with standard aripiprazole tablets. However, given his multiple admissions for psychotic exacerbations and the paucity of data on treatment efficacy of trackable pills in patients with schizophrenia, the team decided against this option because Mr A might experience further exacerbations of his symptoms, increased mental suffering, distrust of psychiatric services, and an increased risk of self-harm.

New technologies that offer patients with mental illness alleviation from suffering are certainly desirable. Psychiatrists have a uniquely entrusted position in society that obligates them to be advocates for patients with mental disorders.10,11 Although trackable and other nanotechnologies represent medical breakthroughs for treatment of many diseases, they could have unintended implications and thus their use must be carefully considered in the individual case. The guidelines discussed here offer an approach to determining whether trackable pill technology should be used in cases in which a patient might have poor insight and persecutory delusions. 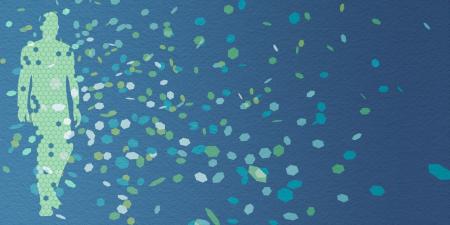 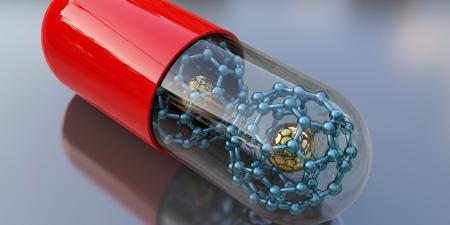 How Should Physicians Help Patients Understand Unknowns of Nanoparticle-Based Medicines? 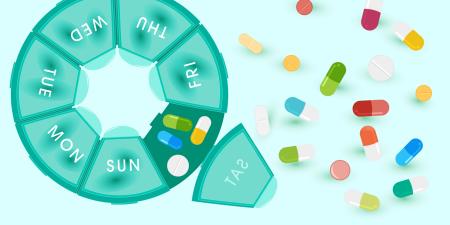 Should a Psychiatrist Prescribe a Nanodrug to Help Parents Monitor a Teen’s Adherence? 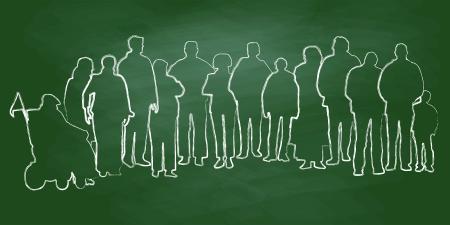 How Should Engineered Nanomaterials Be Regulated for Public and Environmental Health?