The progressive growth in nanotechnology approaches to diagnostics and therapeutics, especially for cancer, necessitates training physicians in nanoethics. This article explains why it is critical for medical education to include instruction in nanotechnology, nanomedicine, nanotoxicology, and nanoethics and suggests basic concepts educators can use to infuse curricula with this content.

As it continues to evolve to meet the needs of the next generation of clinicians, medical education should incorporate new interventions and diagnostics, among them nanotechnology applications. Nanotechnology is a science built on fundamental changes in material properties because of unique chemical, physical, mechanical, and optical properties that occur when particle size falls into the nanorange. The nanoscale ranges from 1 to 100 nm, as that is the size at which many of the special properties particular to the nanoscale arise, although most unique properties arise below 30 nm.1 However, the entire 1 to 999 nm range is sometimes included under the heading of nanotechnology. Optical properties of some materials (eg, the fluorescence signature of quantum dots and the color of nanogold) are determined simply by the size of the nanoparticles, not by the choice of material.2 At this scale, surface chemistry and charge dramatically increase bioimaging and biosensing capabilities.3,4 In addition, nanoparticle size, shape, and surface charge can dictate how nanoparticles are processed and signals are amplified in the body.5-9

Although nanotechnology has brought together the fields of materials science, engineering, and medicine in the development of diagnostic and treatment options in medicine and surgery,10 nanomedicine and nanotechnology have not been included in recent influential publications on medical education reform such as the Association of American Medical College and the Howard Hughes Medical Institute’s “Scientific Foundations For Future Physicians.”11 However, it is imperative that the next generation of physicians understand these developments so that they can be better prepared to provide consultation to scientists about potential applications, integrate nanotechnology-based therapeutic choices into practice, and respond to ethical challenges.12 This article explains why it is critical for medical education to include instruction in nanotechnology, nanomedicine, nanotoxicology, and nanoethics and suggests basic concepts educators can use to infuse curricula with this content.

The Importance of Nanotechnology to Medicine

While its use is still early, nanotechnology promises to revolutionize medical care. The number of nanotechnology-based drugs, devices, and diagnostics clinically available and in clinical trials is growing rapidly. Many of the early applications of nanotechnology have been in the field of drug delivery and have allowed for new agents with improved pharmacologic or pharmacodynamics profiles. Underlying these advances is the enhanced permeability and retention effect (EPR) in solid tumors, which allows for the passive or active accumulation of nanoformulated drugs at the site of solid tumors at higher levels than in the rest of the body.13 Major clinical examples of such drugs include US Food and Drug Administration (FDA)-approved cancer nanochemotherapeutics such as nanoparticle albumin-bound paclitaxel,14 liposomal doxorubicin,15 liposomal daunorubicin,16 liposomal daunorubicin-cytarabine,16 and liposomal vincristine.17 Emerging applications of nanotechnology for treating cancer include more targeted approaches, stimuli-responsive delivery agents, combinatorial approaches, gene therapeutics, and immunotherapies.18-21 Additionally, there are hundreds of new technologies in preclinical development.22

Early incorporation of nanotechnology into medicine has primarily involved drug delivery, which has been criticized for simply extending patent protection on blockbuster medications that are close to losing patent protection rather than truly offering paradigm-shifting improvements in patient care.23 Most first-to-market nanotechnologies, however, show improved pharmacologic or pharmacodynamic profiles,24-26 making for more convenient medication dosing and potentially better safety profiles. The increased ease of use and reduced dosing frequency of nanodrugs can enhance patient experience and adherence and potentially reduce drug-related toxicity. However, studies have not yet shown improved survival with nanodrugs compared to unmodified, carrier-free parent drugs.22

Beyond chemotherapeutics, nanoparticle formulations have shown potential for delivery of a wide spectrum of therapeutic agents that otherwise do not have “druggable” characteristics. Examples include nucleic acids and targeted inhibitors that are either in early phase clinical trials or just starting to reach the clinic to treat cancer, amyloidosis, and—as vaccines—to prevent infectious disease.27-30 Patisiran, an siRNA encapsulated in a lipid nanoparticle formulation, was recently FDA-approved for treatment of transthyretin-mediated familial amyloidosis polyneuropathy (FAP).31 Phase I clinical trials are underway for using lipid nanoparticles for delivery of mRNA as a vaccine for cytomegalovirus,32 as a vaccine for cancer,33 and as an intratumoral injectable for cancer.34,35 Additionally, otherwise toxic drugs have been formulated as nanoparticles to mitigate the associated side effect profile while maintaining or improving efficacy. For example, there are multiple clinical trials with an encochelated form of amphotericin B for treatment of mucocutaneous candidiasis36 and resistant vulvovaginal candidiasis37 and planned trials for antifungal prophylaxis in chemotherapy patients38 and for treatment of cryptococcal infection.39

Nanotechnology has other medical applications. It has been used to develop devices such as nanoporous drug-eluting stents,40 nanofluidics for advanced lab-on-a-chip design,41 and clinical assay systems, including a nanogold-based system for rapid detection and identification of infectious pathogens.42-46 Major strides have been made in the development of next-generation nanovaccines with benefits ranging from longer sustained release of antigens or adjuvants to better tissue penetration and improved cross-presentation for activation of multiple T-cell subsets.47 For example, development of a single-shot polio vaccine using nanotechnology may allow for improved vaccination strategies in Third World settings.48 Combined imaging and therapeutic agents (termed theranostics) have been developed to co-deliver imaging and therapeutic agents, such as photothermal therapy.49,50 In dermatology, nanotechnology has been used in diverse topical applications, among them improved sunscreens (nanoparticulate zinc and titanium dioxide), antiseptics (nanosilver, chlorhexidine), and follicular targeting (eg, nanoparticle delivery of retinoids for acne), and nanoconjugates have been shown in preclinical studies to be novel topical therapeutics for diabetic wound healing,51 scar identification,52 and psoriasis.53,54

With the development of this new technology also come new ethical considerations. The majority of ethical concerns raised about nanomedicine are not novel or specific to nanotechnology in particular.55 However, due to the greater uncertainty of nanotoxicity compared to the toxicity of more traditional medications, nanotechnology clinical trials theoretically have a higher risk for participants. This increased risk has implications for informed consent in clinical trials.56-60 For example, the occurrence of side effects may be delayed, given that some nanotechnology platforms, such as nanogold, can accumulate in tissues and persist longer than traditional medicines.61 As a result, some side effects might not be captured during the trial itself or even during the first few years of postapproval long-term safety monitoring. Although clinical trials are often powered to detect strong early negative safety signals, years of experience with medications is required before clinicians can fully understand the long-term effects of exposure.

Some have argued that the additional theoretical risks of nanotechnology have been underrecognized and that insufficient regulatory attention has been paid to these nanotoxicity risks.62 These additional risks may be at least partly ameliorated through the use of biodegradable nanotechnology platforms, which by design do not persist long term and accumulate in tissues.63 Generally, the FDA has articulated a belief that standard regulatory protocols, sound science, thorough product characterization, and its own flexible and responsive regulatory oversight is sufficient for nanomedicine applications.64,65

As with much of new technology, nanomedicine is often quite expensive, and when covered by insurance plans, the cost is passed on to all covered patients via higher insurance premiums. That cost leads to concerns that nanotechnology and its applications will serve to further compromise global equality in access to health care,66 and it raises questions about the ethics of new formulations and patent exclusivity extensions.

Given the growing prevalence of nanotechnologies in medicine and their concomitant ethical risks, it is important for students to have an introduction to nanotechnology during their medical education. Multiple approaches could be envisioned to optimally integrate nanotechnology content into the medical school curriculum. Nanotechnology could be a stand-alone course that covers the fundamental scientific principles of physiochemical behavior at the nanoscale and the application of nanotechnology to imaging, drug design, and specific clinical disciplines, in addition to nanotoxicology and the risks of nanomedicine.67

A problem-based approach in a stand-alone course is well suited to an in-depth discussion of nanotechnology and its implications. For example, the pros and cons of using liposomal formulations of doxorubicin (vs free drug alone) could introduce a discussion of the benefits of nanomedicine as well as the ethics of drug pricing, patent protection windows, and the incentive structures that exist for pharmaceutical development. Additionally, problem-based coursework offers a way to discuss nanopharmacology and to consider other potential agents, formulation requirements, and future targeting capabilities. This approach might allow for a holistic view of nanotechnology and its applications.

Instruction in nanotechnology could be infused into courses in clinical pharmacology, pathology, immunology, and oncology. Clinical pharmacology coursework could include the size and scale of nanotechnology, unique properties of nanomaterials, targeted delivery systems, mechanisms of nanodrug delivery, and the interaction of nanomaterials with the host. Pathology coursework could include nanodiagnostics, nanotoxicology, and nanoethics. Immunology and infectious disease coursework could include the immune response to vaccination and nanoparticle-based cancer vaccines.47 Immunology coursework could also be modified to reflect the cross talk between nanotechnology, materials science, and innate immunity. For example, instruction on immunologic foreign body responses could highlight the way that nanotechnology applications and implantable devices have been designed to prevent the normal biological response of protein binding, opsonization, and phagocytosis, thereby reducing clearance of therapeutics. Ethics courses might review nanotoxicology, potential side effects in patients of nanotherapy, possible risks to the environment, and cost-benefit analyses. Ideally, coursework on nanotechnology would involve collaborative discussion between medical specialists, bioethicists, and researchers involved in developing these technologies or translating them into the clinic.

Rapid developments in nanotechnology have begun to enter the clinic and are poised to make a major impact. Nanotechnology is a multidisciplinary field, making it amenable to multiple points of entry into medical curricula, including coursework on pharmacology, pathology, immunology, and oncology. Medical education will need to meet the challenge of integrating nanomedicine, nanotoxicology, and nanoethics into the current curriculum to ensure that future physicians are prepared for a nanotechnology future.

Reimagining Medical Education in the Age of AI 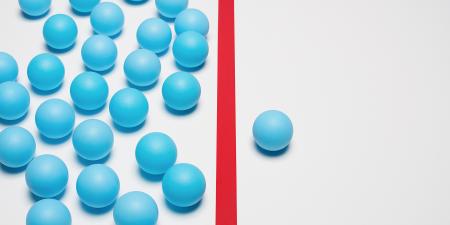 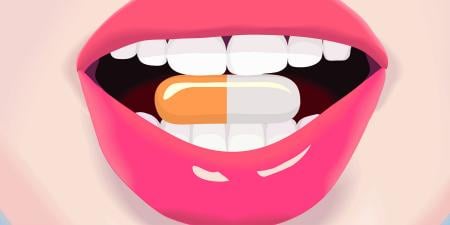 Should Trackable Pill Technologies Be Used to Facilitate Adherence Among Patients Without Insight? 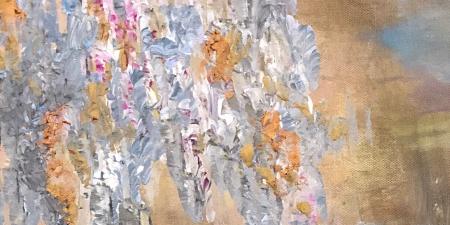 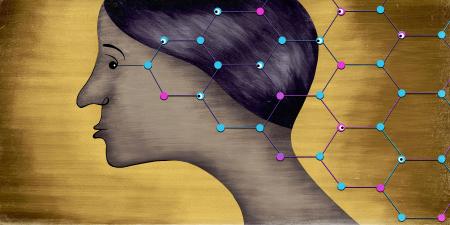 What Are Best Practices for Ethical Use of Nanosensors for Worker Surveillance?