Sarah is a 17-year-old undocumented immigrant who has been followed at a regional pediatric heart center since age six for single-ventricle Fontan physiology. She lives with her parents and three siblings in a rural community, where her parents struggle to avoid deportation and support their four children by working as agricultural laborers. Although Sarah and two of her siblings immigrated in childhood and are eligible for the Deferred Action for Childhood Arrivals program (DACA), Sarah’s youngest sibling was born in the United States and is an American citizen.

Sarah’s heart condition is now complicated by protein-losing enteropathy, tricuspid regurgitation, and decreased cardiac function. Her cardiologists have diagnosed her with end-stage heart disease and believe she will require a cardiac transplant to survive to adulthood. Due to her anatomy, Sarah is at a higher risk of a poor outcome if transplantation is pursued, and this risk will increase as she gets sicker. She is not a candidate for a ventricular assist device. After a discussion of the risks and benefits of a transplant, Sarah and her parents have indicated that they would like to pursue heart transplantation.

The cardiac transplantation team considers Sarah an acceptable candidate for transplantation despite her increased risk, but it has raised concerns about whether her status as an undocumented immigrant will adversely affect her ability to obtain the health care and medications required to maintain her long-term health following the transplant. Her first surgery was performed in Mexico, but subsequent surgeries have been performed at the regional pediatric institution. The regional children’s hospital has committed to providing care and medications until Sarah reaches age 21, but the team has expressed concern about whether she would be able to afford the necessary care and medications after that point.

The published Organ Procurement Transplant Network (OPTN) policy [1] and the National Organ Transplantation Act [2] require that only medical criteria be used in organ allocation decisions once a patient has been listed for transplantation. Criteria such as race, citizenship, and celebrity status are not permitted to play a role in listing decisions. The transplant listing decision, however, may consider the ability to pay [3]. In 2011, the average billable charges for a cardiac transplant were $997,700 in the first year and $30,300 in subsequent years [4]. In effect, the ability to pay—often tied to insurance status—has become a precondition for transplantation. A recent survey of adult heart transplant centers noted that 48 percent required candidate health insurance to initiate an evaluation, and 84 percent required the candidate to have health insurance in order to be listed for transplantation [5]. The same survey noted that only two percent of recipients were uninsured; for these patients, 81 percent of centers required substantial upfront payment (median $200,000) [5]. Ability to pay, however, is not one of the evaluated listing criteria in the 2006 guidelines of the International Society for Heart and Lung Transplantation [6].

The Affordable Care Act expanded eligibility for Medicaid to include more low-income adults and eliminated the exclusion for preexisting conditions, thereby increasing the number of people who potentially could obtain health insurance. Sarah’s immigration status requires her family to pay for her transplant because, in many states, including theirs, individuals with DACA status are excluded from qualifying for Medicaid or Medicare [7]. Rather than rationing organs based upon citizenship, this is rationing based upon ability to pay.

The concern posed by the cardiac transplant team raises the questions of justice and fairness in the distribution of scarce organs for transplant. Rationing organs by ability to pay is different than rationing other medical resources by ability to pay. Organs are a limited, national resource, donated by the population, that by law do not have a monetary value [8]. Simply having the ability to pay for an organ or a transplant procedure does not make more organs available in the way that paying for other medical resources can make the purchase or manufacture of more of that resource possible. Moreover, exclusion of patients based on ability to pay may lead to erosion of public trust in the transplant system and lower donation rates.

Justice and fairness. Undocumented immigrants can and do donate organs in the United States, accounting for 3.3 percent of total deceased donors from March 2012 to December 2013 [9]. Most of these organs are transplanted into US citizens. Similarly, a significant percentage of organ donors have historically been uninsured [3]. The principle of solidarity would suggest that if undocumented immigrants and the uninsured contribute to the donor pool, they should also be considered potential recipients of solid organs. Any system that uses the organs of individuals who would themselves not be considered eligible for a transplant because of inability to pay is clearly unjust. Contribution to the donor organ pool also means that undocumented immigrants do not count as “transplant tourists” by the definition of the Declaration of Istanbul [9].

Sarah’s case. In Sarah’s case, the hospital has committed to covering the costs of both the transplant and her posttransplant care until she reaches the age of 21 as part of its mission to provide uncompensated care to those who reside within their referral area. Thus, the question about suitability for transplant is not based on her current inability to pay. Rather, the question has been raised due to concerns that graft survival would be jeopardized beyond the age of 21 because Sarah’s DACA status disqualifies her from receiving Medicare or other federal and state aid or from purchasing private health insurance on the exchanges in her state [10]. Health care has a cost and this must be paid if it is to continue to remain available. The inability to pay for health care and medications or to obtain public assistance or insurance would significantly decrease the likelihood of a successful transplant over the average lifespan of a typical graft. Some might argue that Sarah’s potential inability to afford medical care past the age of 21 makes her more likely than the average transplant recipient to lose the graft and that therefore the scarce organ should be allocated to someone with a higher likelihood of long-term graft survival. This argument reframes the reason for not listing Sarah from financial considerations to likelihood of success (compared to the average transplant recipient).

Although likelihood of success is generally regarded as a legitimate criterion for allocating scarce organs, we do not think undocumented immigrant status should be used as a proxy for likelihood of success, especially in this case. First, the hospital has made a commitment to Sarah’s care for the next three to four years. Any potential negative impact of her immigrant status on her insurance coverage or ability to pay would occur after that time period. Second, concerns about how Sarah’s current immigrant status might impact her future care are purely speculative. We have no way of knowing how Sarah’s life might change in the next four years. She could successfully petition to become a United States citizen, or the state regulations regarding Medicaid and Medicare eligibility could change. She could qualify for medical aid from some unanticipated source. Finally, she might gain employment that offers insurance or allows her to absorb the costs of medication and clinic visits.

Denying a transplant to anyone requires compelling reasons. These reasons should not be based upon a worst-case prediction of what the future might hold for a particular person. Uncertainty about the future applies to almost every person who is listed for transplant. We can never be certain that a given patient’s family will have insurance in the future, whether a given patient will become noncompliant with follow-up care and medications, or whether a transplant patient will develop habits or unrelated medical conditions that jeopardize the health of the graft.

Although Sarah’s current situation may differ in important ways from that of other patients, we simply cannot predict with any degree of certainty that it will negatively impact her health in the future. If she is otherwise a candidate for a heart transplant, she should be listed without regard to her immigrant status or the possibility of her future insurance coverage or ability to pay. 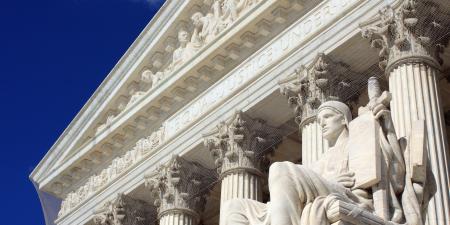 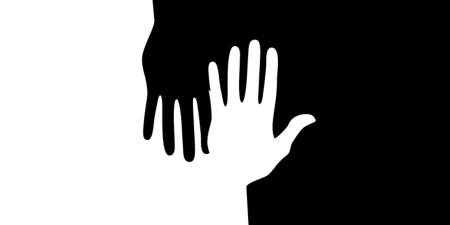