Ever since James Watson and Francis Crick presented the double-helix structure of DNA to the world in 1953, genetic research—and its contribution to medical science—has become an invaluable tool for understanding and fighting disease. The research has also sparked a race to publish, patent, and profit from discoveries to gain an advantage in a scientific marketplace in which time and money are finite resources and companies are made and others diminished by a single innovation. In Association for Molecular Pathology v. Myriad Genetics, Inc. [1], the United States Supreme Court was thrust into this rapidly evolving sphere of science to determine when a research result is patentable under federal law, allowing those who lay claim to the rights of a unique research finding the ability to control its future use.

The early 1990s were marked by intense international research on the genetic foundations of breast cancer [2]. In 1990, a research group at the University of California at Berkeley announced that they had located a gene on chromosome 17 that provided the first evidence of the connection between certain genetic variations and breast cancer [3]. That genetic variation would become known as BRCA1. The following year, a group of researchers from the University of Utah’s Center for Genetic Epidemiology, with financial backing from the pharmaceutical company Eli Lilly, created a small biotechnology company, Myriad Genetics [4]. Myriad “sequenced” BRCA1—that is, identified the nucleotide bases in DNA that together comprise the gene—in 1994 and obtained patents covering the sequenced gene, more than 40 mutations or variations of BRCA1, and numerous diagnostic tests and methods for identifying mutations of the gene [4]. Myriad was also successful in creating a synthetic form of BRCA1—called cDNA—that contained only the “working parts” of the gene, those involved in the creation of mRNA, which is essential to protein synthesis [5]. Over the next four years, Myriad raced a scientific group in the United Kingdom to sequence another gene implicated in breast cancer, BRCA2, eventually filing for patents on that sequence, its mutations, and diagnostic tests based on the gene [6].

The significance of the work undertaken by Myriad and other scientific groups cannot be overstated. For the average American woman, there is a 12 to 13 percent risk for developing breast cancer, but for women who possess genetic mutations such as those on BRCA1 and BRCA2, the risk rises dramatically, to 50 to 80 percent for breast cancer and 20 to 50 percent for ovarian cancer [7]. Having secured the patents on the genes, their mutations, and the tests to identify these genetic characteristics, Myriad aggressively sought to make use of its competitive advantage through the sales of its tests for these genes and their mutations [8]. The company sent cease-and-desist letters to researchers whose work involved isolating the genes and filed patent infringement suits against parties engaging in BRCA testing [9]. Following years of tumultuous relationships with the scientific community, health care organizations, physicians, patient advocacy groups, and individual patients, a lawsuit was filed against Myriad in 2010, challenging its patents on BRCA1 and BRCA2 and other patents stemming from these two genes.

On May 12, 2009, several research groups and doctors filed claims in the Southern District of New York alleging, among other things, that Myriad’s BRCA1, BRCA2, and cDNA patents were invalid under 35 USC section 101 [10]. The district court granted the petitioners’ motion for summary judgment, finding all three patents invalid under section 101 because the DNA segments were not separate from nature (including cDNA, because it “contains the identical protein coding informational content as the DNA in the body, even though differences exist in its physical form”) [10]. But the petitioners’ victory was not complete: Myriad appealed the decision, and the federal circuit court reversed it [11]. Following the reversal, the petitioners appealed to the US Supreme Court, which vacated the decision and sent the case back to the federal circuit court to be decided in light of Mayo Collaborative Services v. Prometheus Laboratories, Inc. [12], which had established that items or processes are not patentable unless they are themselves inventive or do not exist or occur without artificial modification [13].

The federal circuit court issued a new opinion, with two out of three of the judges concluding, for different reasons, that isolated DNA segments are eligible for patenting [14]. Judge Alan Lourie’s reason was that the isolation process involved severing covalent bonds at both ends of a DNA segment, which technically formed molecules that do not occur naturally [15]. Judge Kimberly Moore also held that the BRCA1 and BRCA2 patents should stand, but due to Myriad’s reliance on the patent’s approval for profit and business development [16]. Even though Judge Bryson disagreed on the patent eligibility of isolated DNA segments, all three judges concluded that cDNA was eligible for patenting because it was created, not merely isolated, in a laboratory [17].

The decision continued the life of Myriad’s patents, but the petitioners had one final move: in the spring of 2013, they asked US Supreme Court to address the legal question of whether human genes are patentable. As was the case with the federal district court and court of appeals, the question rested on the court’s reading of the Patent Act and past precedent in this area of law. And, based on the Supreme Court’s analysis, the answer was a resounding and unanimous “no.”

Justice Clarence Thomas, writing for the court, stated that, while Section 101 of the Patent Act applies to “[w]hoever invents or discovers any new and useful…composition of matter, or any new and useful improvements thereof” [18], the court has “long held that this provision contains an important implicit exception[:] Laws of nature, natural phenomena, and abstract ideas” are basic tools and building blocks and, hence, “lie beyond the domain of patent protection” [18]. Patents exist to promote creation and to protect ideas, while the elements of nature are “free to all men and reserved exclusively to none” [18].

Myriad and the opposing parties were in agreement on an important point: Myriad did not create or alter the genetic information found within BRCA1 and BRCA2. What the company did was uncover the exact location and genetic sequence of the two genes within their respective chromosomes. To decide whether such a discovery could count as patentable, the court looked to two prior cases on this matter.

Diamond v. Chakrabarty [19] concerned the addition of four plasmids to a bacterium, enabling the bacterium to break down various components of crude oil. The court held that the modified bacterium was patentable because the addition of the plasmids rendered it new, “with markedly different characteristics from any found in nature” [20]. The court cautioned, however, that “[g]roundbreaking, innovative, or even brilliant discovery does not by itself satisfy” the Supreme Court’s section 101 “law of nature” exception [21]. In the case of Funk Brothers Seed Co. v. Kalo Inoculant Co.[22], the patent in question was for a mixture of naturally occurring bacteria strains that helped plants extract nitrogen from the air and fix it in the soil, improving nitrogen levels, a discovery made by farmers [23]. This mixture was not deemed patentable by the court because the patent holder had not altered the bacteria in any way and thus the bacteria, whether on their own or mixed together, “fell squarely within the law of nature exception” [21].

The Supreme Court clearly understood the significance of Myriad’s work on the BRCA1 and BRCA2 genes. It had identified and sequenced significant genes that would aid researchers and clinicians in their understanding and treatment of breast and ovarian cancers, “but separating that gene from its surrounding genetic material is not an act of invention” [21] and “discovery, by itself, does not render the BRCA genes” [21] patent-eligible. Justice Thomas even looked to Myriad’s own patent descriptions to highlight the problem of the company’s claim. Myriad thoroughly explained the “iterative process” for locating and sequencing the genes, but the patents mentioned neither changes made to the chemical structure of the genes nor a unique molecule that would deem their work patentable [24].

The only product before the court that was deemed patent-worthy was cDNA, a synthetically created DNA that contains the “same protein-coding information found in a segment of natural DNA but that omits portions within the DNA segment that do not code for proteins” [25]. The justices reasoned that, although cDNA contains the same nucleotide sequence that is found in naturally occurring DNA, “the lab technician unquestionably creates something new when cDNA is made” [26]. While the petitioners in the case argued that cDNA should not be eligible for patenting because of the similarities of its nucleotide sequence to DNA, the court identified it as distinct from a “product of nature” [26].

The US Supreme Court’s decision in Myriad Genetics is a critically important ruling amidst a scientific landscape that is changing more than most can comprehend. It helped to delineate the boundaries between those products of inquiry that are unearthed in their natural form and those that are the result of human innovation and creation. This should give those working on the cutting edge of genetics and medicine a clearer idea of which ideas can merely be lauded for their public good and which can also be pursued for private gain.

The Patient as Text: Literary Scholarship and Medical Practice in Margaret Edson’s Wit 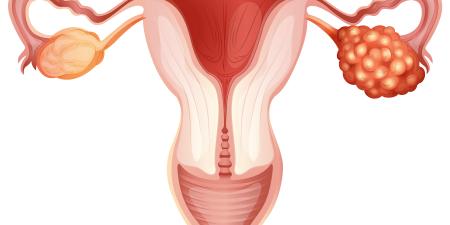 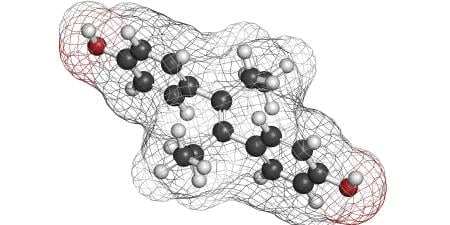