The threat of international terrorism has generated many different conflicts between individual rights and national security. Since the attacks on New York and Washington on September 11, 2001, the federal government has enacted laws and policies, such as the PATRIOT Act, which restrict the privacy and freedom of citizens and noncitizens in order to protect the United States from harm [1,2]. Different states within the United States have considered or adopted laws for responding to the public health threats related to bioterrorism, such as the Model State Emergency Health Powers Act (MSEHPA) [3,4]. Government agencies, universities, and scientific journals have reviewed policies concerning scientific openness, censorship, and classified research [5-7]. The military has explored different ways of loosening human research protections for the sake of testing experimental vaccines or treatments for biological or chemical weapons attacks [8,9].

Most of the debate related to defense against terrorism has focused on the justification of restrictions on civil liberties, such as freedom of movement, freedom of association, freedom of speech, bodily integrity, and privacy. Commentators, politicians, and government agencies have paid less attention to restrictions on property rights, even though the MSEHPA includes provisions for seizing, destroying, and controlling property, as well as measures to ensure the availability of vaccines, pharmaceuticals, and hospitals in the event of a declaration of a public health emergency [3]. Although intellectual property rights (IPRs) may seem less important than civil liberties, debates about restricting IPRs parallel debates about restricting other rights. Hence, examining the justification for restricting IPRs in the age of terrorism can provide some insight into the justification for restricting civil liberties.

During the anthrax attacks that killed 4 people and sickened 20 in the fall of 2001, the US government considered whether it should override AG Bayer's patent on ciprofloxacin (trade name, Cipro) to increase production of the drug. At the time, thousands of people in the United States and Canada began taking Cipro in response to a potential exposure to anthrax or as a prophylactic measure. The US government, which had legal authority to override the patent, ultimately reached a deal with Bayer for the production and distribution of the medication [10]. In an article about this episode, Kenneth DeVille and I argued that the government made a wise decision, and we defended 5 conditions that should be met before the government can legitimately override a patent to respond to terrorism [10]:

We argued that while the government could restrict or override IPRs in a national emergency, there should be narrow and well defined conditions for exercising this power. We presented 2 main arguments for placing these stringent conditions on the exercise of government power. First, there are some legal limits on the government's power to override IPRs, included in the US Constitution and the Trade Related Aspects of Intellectual Properties (TRIPS) agreement, an international IPR treaty. The US Constitution prohibits the government from taking private property without due process and reasonable compensation, and the TRIPS agreement prohibits signatory countries from overriding patents in the absence of a national emergency [10].

Second, the long-term harms of overriding IPRs to deal with social problems usually outweigh the short-term benefits. The purpose of granting IPRs is to promote science, technology, industry, and the arts. IPRs provide incentive and reward for inventors, authors, and entrepreneurs. When IPRs are weak or uncertain, inventors, authors, and entrepreneurs may refrain from investing time, effort, and money in developing new discoveries and innovations, or they may use trade secrecy to protect their intellectual products. Allowing the government to override IPRs to deal with social problems threatens the strength and certainty of IPRs because politicians and government agencies will be tempted to override IPRs in response to political pressure. To prevent abuses of power, as well as the erosion of IPRs, the conditions for overriding IPRs must be narrow and well defined. Likewise, one might argue that the conditions for restricting civil liberties in response to national emergencies should also be narrow and well defined, since broad or ill defined conditions could encourage abuse of governmental power and the erosion of those basic rights.

DeVille and I argued that the anthrax attacks did not meet these stringent conditions for overriding IPRs. We claimed that the main problem with overriding a patent in the anthrax attacks was that these threats did not constitute a national emergency because not very many people were affected, and no significant risk of an anthrax epidemic resulted from these attacks [10]. One might reasonably ask, however, "What would count as a national emergency significant enough to justify overriding IPRs?" To answer this question, one needs to consider the following:

If the magnitude, probability, and preventability of harms are high, and there is a need to act soon, then this would constitute a national emergency sufficient to justify overriding IPRs. In the absence of clear case, it is hard to think of an example that would fulfill conditions (1)-(4). However, the following situations might qualify:

Physicians and medical researchers have an obligation to provide important information and expertise concerning any decision to override IPRs in response to a bioterror incident or threat. They should help evaluate the magnitude and scope of the incident or threat, its public health impact, and the treatments, tests, or methods needed to promote health and safety. Policy makers can use this knowledge to decide whether it is appropriate to override IPRs to prevent or mitigate a national emergency.

I pray that such attacks never occur and that there is no need to override IPRs to protect the public. 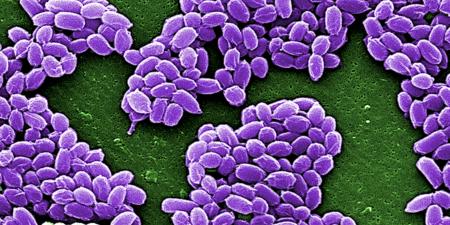 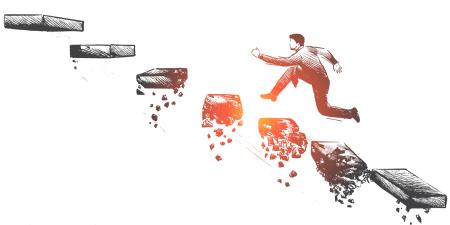