Over the past several decades, there have been major advances in prenatal care. Fetal imaging can identify most major structural abnormalities, many of them early in pregnancy. Advances in genetic screening have led to detection of an increasing number of fetal genetic disorders through far less invasive methods. We can evaluate fetal health and identify conditions such as growth restriction and fetal anemia with greater precision.

Unfortunately, we have achieved relatively little progress in preventing spontaneous preterm birth. Therapies such as progesterone and cerclage can prevent some preterm births for certain high-risk patients [1, 2]. For patients whom we first see when they are already in labor, however, we can delay delivery barely if at all.

When patients present in labor or with ruptured membranes and the fetus is of a viable gestational age, obstetric interventions—glucocorticoids to hasten fetal lung maturity, magnesium sulfate for neuroprotection, and (more importantly) advances in neonatal care—have improved outcomes for premature newborns [3, 4]. For patients who present with advanced cervical dilation, ruptured membranes, or labor prior to fetal viability, however, there are no evidence-based interventions known to prolong pregnancy and improve survival.

A big problem in managing the care of patients in this latter group is that many inappropriate interventions can make intuitive sense to doctors and patients alike. Consider this scenario: A patient presents at 20 weeks due to pelvic pressure, cramping, and bleeding, and her cervix is found to be 3 cm dilated. Would suturing that cervix closed with a cerclage help to maintain her pregnancy? If that same patient then started contracting painfully, would medication that can prevent uterine contractions keep her from delivering? If her membranes then ruptured, and she developed oligohydramnios, which at that early stage of fetal development is highly correlated with pulmonary hypoplasia [5], can we instill sterile fluid into the amniotic sac and prevent this?

The answer to all these questions is: “Yes. We can.” The missing question is “Should we?”

This is a real patient, who was pregnant following two cycles of in vitro fertilization necessitated by male-factor infertility. The pregnancy was greatly desired by a couple who were not averse to aggressive therapy. Did they deserve every chance to achieve their goals?

This kind of thinking is flawed for several reasons. It assumes that any intervention can only help and not harm. It assumes that the health and well-being of a pregnant patient is not our main responsibility. And it assumes that an overwhelming desire for a good outcome, which is hardly unique to obstetrics, justifies disregarding sound medical judgment.

Most physicians would consider that a patient with vaginal bleeding and advanced cervical dilation several weeks before fetal viability is having an inevitable miscarriage. While patients with painless dilation and no signs or symptoms of intrauterine infection may be considered candidates for cerclage [2], this patient with bleeding and cramping should not have been considered a good candidate. Once she started contracting after cerclage placement, no evidence-based interventions could significantly prolong pregnancy; tocolysis can, at best, delay delivery for a few days [4]. At that time, removing the cerclage and allowing her to deliver would preserve maternal health without altering the fetal prognosis. Once her membranes had ruptured, delivery was clearly inevitable, and intrauterine infection, if not already present, was highly likely to develop. Offering her amnioinfusion, an experimental procedure with no good data to support its use under these circumstances [6], was reckless.

While the patient and her husband considered amnioinfusion, she began bleeding heavily from the vagina. Examination of her cervix revealed a laceration from dilation through the cerclage, and she miscarried a few minutes later. She lost approximately one liter of blood before her cervix was repaired. Placental pathology revealed severe acute chorioamnionitis consistent with intrauterine infection, which is the most common proximate cause of spontaneous preterm birth.

It is frustrating for any physician to be in the position of conveying bad news to a patient without being able to offer beneficial interventions. “Don’t just do something, stand there!” does not come naturally to physicians. Nevertheless, we must recognize when there are no good treatments available and when interventions have only the potential to harm.

How can we convey this to patients, especially to those who may have done their own “research” and discovered a “treatment” that is entirely experimental or may be indicated under clearly different circumstances? The first and most important obligation we have to our patients is to provide them with an honest and informed assessment. There are many areas of obstetrics in which good evidence based on randomized trials is not available, but interventions designed to prevent prematurity, such as progesterone, antibiotics, cerclage, and tocolysis are well studied. Resources such as PubMED and The Cochrane Library are readily available, as are practice bulletins from the American College of Obstetricians and Gynecologists (ACOG) with evidence-based recommendations.

We must make patients aware of the harms of intervention. Cerclage can cause complications, including cervical laceration, in a patient with signs of labor [2]. This may increase the risk of miscarriage or premature labor in the future. Tocolysis is associated with toxicity, hemodynamic changes, and postpartum hemorrhage [4]. Any intervention that delays delivery when an intrauterine infection is present can lead to sepsis. The risk of any of these complications can be justified when there is potential benefit, but never when intervention will not improve the patient’s prognosis.

The importance of avoiding harmful interventions in futile situations is hardly unique to obstetrics. One added dimension, often unspoken, should be acknowledged. While natural processes like previable birth and miscarriage are clearly different than induced abortion, a patient and her family may conflate the two. Thus, forgoing any aggressive intervention can seem, to some, like a moral transgression. While access to safe and legal abortion is a cornerstone of women’s health care and a major component of preventing maternal mortality and morbidity, some patients and their families may need assurance that the two sets of circumstances and actions are distinct—that withdrawing or withholding futile interventions is not the same thing as causing the end of the pregnancy.

There is an established model of care when the goals of a patient cannot be achieved, and care is redirected. While pregnancy is not an illness for which delivering a healthy child is the “cure,” the hospice model can be applied here. When previable birth is inevitable and interventions designed to achieve viable birth will not stop it, we are obligated to provide excellent care to the patient and her family [7]. Care is redirected towards ensuring maternal health and comfort. Perinatal bereavement teams, consisting of physicians, nurses, social workers, and (when desired) clergy can help the patients and her family come to terms with their loss. In most cases, optimism for future pregnancies is not unwarranted.

Physicians who choose careers in women’s health are attracted to obstetrics, a field in which happy outcomes are the norm. Anyone who specializes in obstetrics, however, will care for some women for whom this is not possible. It can be easy for our desire for a good outcome to cloud our better judgment. In these cases, we must be prepared to act honestly and ethically, and to always recognize the difference between “I can” and “I should.” 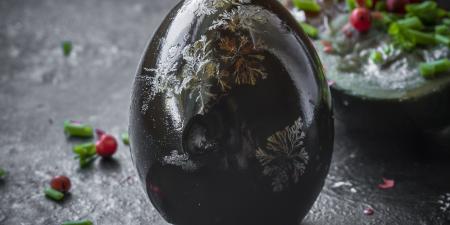 Stephanie J. Miller, MD and Joseph B. Davis, DO